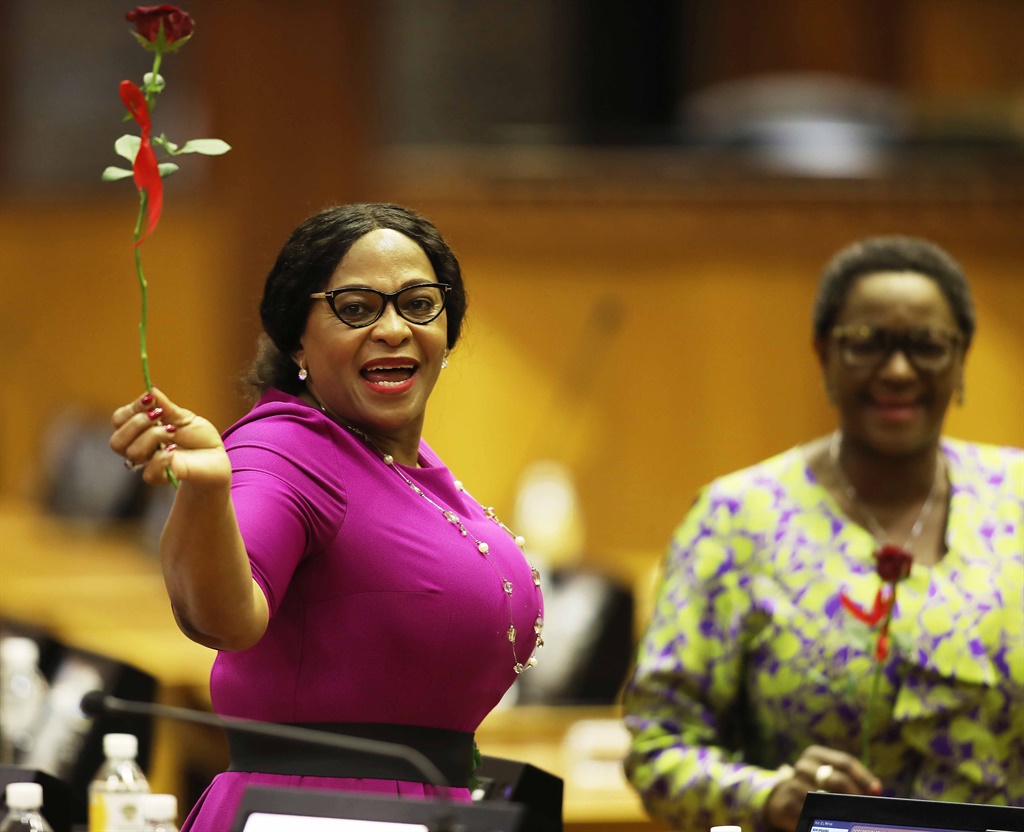 As the ANC list stands at the moment, Ramaphosa will face a hostile caucus when Parliament returns after the elections with about 53% of the top 120 being former Zuma-ites, writes Melanie Verwoerd.

A lot has been written about the ANC's list for Parliament. Justifiably, there has been a great deal of moral outrage about the inclusion of many of the dodgy characters from the Zuma years on the list.

The ANC NEC yesterday issued a statement in which they said, amongst other things, that the list in its totality has been referred to the Integrity Commission for review. According to the statement, this was decided on because the ANC "has listened to the people, when they said our public representative candidates must reflect this spirit of renewal and integrity".

(At this point you are welcome to join me in a long sigh of exasperation.)

In case you were wondering, that statement is political speak for, "We didn't think people would care, now they are making a fuss so we better look like we are doing something… otherwise they might not vote for us."

READ: Ramaphosa has to choose between South Africa and the ANC

Clearly the ANC is feeling the pressure – confirmed by the vicious, Trump-like verbal attack by Jessie Duarte against Samkele Maseko of eNCA during an interview shortly after the statement was released.

Of course, there is very little the ANC or the Integrity Commission can do at this stage. The list has been registered at the IEC and the candidates have accepted their nominations. So unless the candidates don't meet the constitutional criteria, which presumably they all do, the ANC can not change the list.

The only recourse now is for the NEC (on the recommendation of the Integrity Commission) to ask or instruct certain candidates to withdraw. If these candidates agree to do so (and of course there is no legal obligation for them to do so), the list will move up.

Apart from the moral question around the candidates, there is a very serious challenge looming for President Ramaphosa after the election.

As the ANC list stands at the moment, Ramaphosa will face a hostile caucus when Parliament returns after the elections. Those in the know tell me that about 53% of the top 120 are former Zuma-ites or against Ramaphosa.

If this is indeed the case, it creates a situation where a vote of no-confidence could be a constant threat hanging over Ramaphosa's head. Although the anti-Ramaphosa MPs would not easily go down this route, they might hold it as the ultimate trump card – should they not succeed through other internal party processes to get rid of Ramaphosa.

They would of course need the support of the EFF in this matter. Hopefully the DA would have the sense to vote for Ramaphosa if this occurred, but with the precedent of a secret ballot having been set during the Zuma years, such a motion could still pass.

These are only a few of the scary questions being asked by some ANC MPs at the moment.

However, long before we get to that point there are other challenges for Ramaphosa in the post-May 8 Parliament.

The chief whip and whips are extremely powerful – as are the committee chairs. If they do not cooperate, it becomes very difficult to process and pass legislation and thus implement government policy. It also means, as we have seen in the Zuma years, that there is little oversight of departments and Cabinet.

The problem is that the positions of the whips, including the chief whip, as well as committee chairs are decided by Luthuli House. Although it will be done through consultation, these decisions fall largely under ambit of the office of the secretary general of the ANC, Ace Magashule.

So, if the president wants to survive the next five years, it is absolutely crucial that he (and his supporters) are not caught napping on the job again – as it seems they were doing during the creation of the list. They must ensure that they have a, or preferably the, say when it comes to the filling of these key positions.

Ramaphosa would also be wise to appoint parliamentary advisors or liaison officers for every committee (from outside Parliament; possibly former MPs) who are loyal and reliable. This would provide strong links between the Cabinet ministers (who would hopefully be more representative of the Ramaphosa faction) and Parliament.

This would not only ensure that Parliament runs more efficiently, but it would also make it harder for the anti-Ramaphosa faction to grow their support base amongst MPs.

Despite all the ANC's indignant (and Jessie's totally unacceptable) responses to the criticism of the lists, it is clear that even they are starting to recognise that it is one big mess. Like so often, one has to wonder what took them so long.

We live in a world where facts and fiction get blurred
In times of uncertainty you need journalism you can trust. For only R75 per month, you have access to a world of in-depth analyses, investigative journalism, top opinions and a range of features. Journalism strengthens democracy. Invest in the future today.
Subscribe to News24
Related Links
Will politicians play by the rules this election? It doesn't look like it
My f*k, ANC!
Now is the time to panic, but not for the reasons you think
Next on News24
Melanie Verwoerd | Should local elections be postponed?

2 Daily Lotto players win the prize
Full list of lottery results
Lockdown For
DAYS
HRS
MINS
Voting Booth
How has the delay in schools' opening impacted your life?
Please select an option Oops! Something went wrong, please try again later.
It's a disaster! We're struggling to manage work and kids at home
40% - 902 votes
It's a struggle, but we learnt lessons from last year's closures
19% - 434 votes
It's a relief, this second wave is bad and kids need to be at home
41% - 921 votes
Previous Results
Podcasts
PODCAST | MISSING MATTHEW EPISODE 3: Decades of false starts add to a family's despair