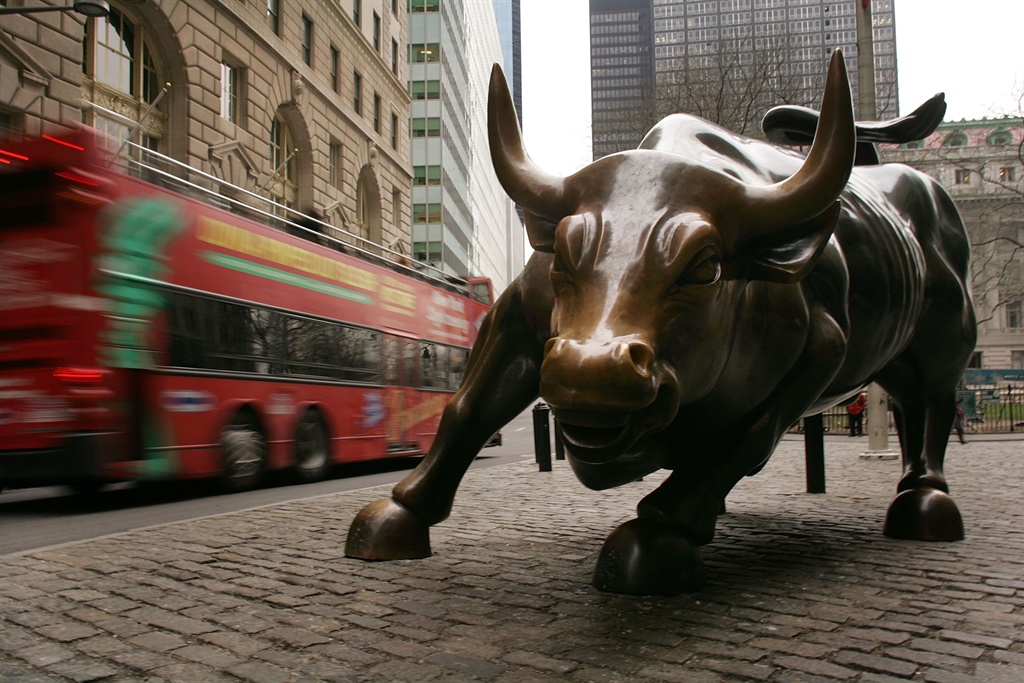 The iconic statue of a bull in Wall Street in the financial district of New York.
Gallo Images/Getty Images

Over the last two weeks I was in Europe, the United Kingdom and Ireland speaking to asset and hedge fund managers about why they should invest in South Africa. In the United States (US) alone I presented to 22 firms in Boston, Chicago, New York and Miami. Collectively these firms manage about US$910bn on behalf of their clients.

It was certainly an eye opener in terms of how we are perceived abroad – in particular by those who control big money and decide each day where to put money around the globe. It is impossible to do an in-depth analysis given the space constraints of this column, but on the day of the Medium Term Budget Policy Statement, it is perhaps worth mentioning some of the key messages from these investors.

The extent to which South Africa has fallen off the agenda shocked me. Not a single firm or investor I met was bullish about investment opportunities. At best they were neutral – more often bearish. At worst, totally negative. A number still held small interests in South Africa, but the majority did not and had no intention to invest in the foreseeable future.

It was very clear that the Zuma years did enormous damage to our image and investor confidence. It simply played into the worst stereotypes that the world has about emerging countries. In addition, the Steinhoff debacle has left many investors shocked and bruised, casting doubt (possibly unfairly so) on South African companies generally.

Of course, the issue of expropriation without compensation (as reported in the foreign media) has cast further doubt in the minds of these investors in terms of future security of assets.

Other issues repeatedly raised were the high unemployment rate, our education system, the state of our state-owned enterprises (SOEs) and political stability. Most of all, they wanted to know about corruption and the rule of law.

Even though it was a few weeks of really hard selling, it was not all negative or hopeless. It was evident that most investors wanted us to succeed. South Africa remains of interest to them and they would be keen to find a reason to invest again. I got a sense that they were almost willing us to succeed.

The answers differed of course, but there were a few common threads.

Without exception the investors were positive about President Cyril Ramaphosa. They accepted that there was a fundamental change at the highest level and that there was "a new sheriff in town". There was agreement that he is the right person to lead the country and to ensure economic growth.

They were also mostly comfortable with the idea that we are in a pre-election period and that Ramaphosa and those under his leadership might need a bit of space and time to secure a public mandate.

However, they were clear that before they would risk putting their clients' money back into the South African economy they would want to be sure that political stability will be maintained. They all knew about the internal battles inside the ANC and wanted assurance that this would not spill over into general political instability.

They needed policy certainty when it came to issues such as B-BBEE, land reform and regulation of the financial sector.

Four issues in particular were raised consistently: 1. unemployment and the flexibility of the labour market; 2. reform of SOEs; 3. the need for a continued crackdown on corruption; 4. reinforcement of independence of the central bank and judiciary; 5. sound fiscal policy which also boosts support from foreign institutions or debt markets.

None of these will come as a big surprise to policy and law makers.

There was however another point that was raised repeatedly and that was the extent to which the domestic financial community has faith in the country. The international investors not only speak to domestic investors, but also watch to what extent they are investing in the South African economy.

As one investor put it: "Your own guys have no confidence, so why should I?"

The bottom line remains that we can still turn this around. If we want economic growth and thus a reduction in unemployment, we need foreign investment – thus President Ramaphosa's drive to get foreign direct investment. If we want to get big money back into this country, we will have to do a lot of hard work.

The politicians need to do the lion's share of it, but they alone will not be able to deliver the goods. We need a national drive where all of us start selling the country again. We need to start knocking on doors and doing the hard-sell.

One investment house told me how they are having a big investor conference in a few weeks. They have companies from 30 countries all over the world flying to New York to present to 140 big investors.

I was told that they reached out repeatedly to numerous South African companies to attend, but not one accepted! They were shocked – as I was.

Our post-Madiba flavour of the month status has long expired. The big money guys have endless opportunities all over the world and when you repeatedly hear (as I did) that they prefer to invest in Brazil, Turkey – even Zimbabwe! – rather than South Africa, you know there is a long road ahead of us.

We live in a world where facts and fiction get blurred
In times of uncertainty you need journalism you can trust. For 14 free days, you can have access to a world of in-depth analyses, investigative journalism, top opinions and a range of features. Journalism strengthens democracy. Invest in the future today. Thereafter you will be billed R75 per month. You can cancel anytime and if you cancel within 14 days you won't be billed.
Subscribe to News24
Related Links
Pik Botha, Evita Bezuidenhout and a hospital visit from Madiba
Irish lessons for Tito Mboweni on growth and jobs
America's 'Khwezi moment'
Next on News24
Melanie Verwoerd | R22m for a flag? Who in their right mind thought this was a good idea?