Will politicians play by the rules this election? It doesn't look like it 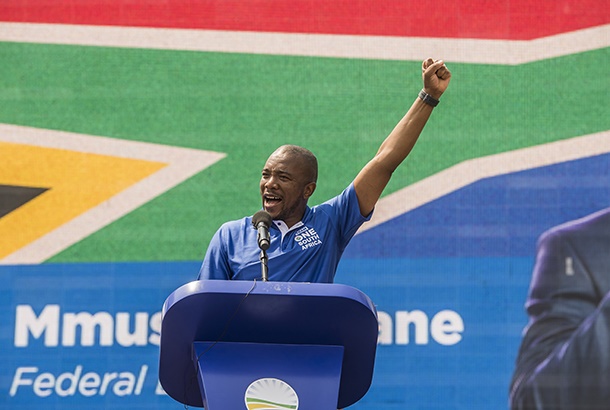 Guarding the hard-fought for and fragile democratic process is far more important than the outcome of that process, writes Melanie Verwoerd.

It is exactly six weeks until election day and inevitably politicians are starting to feel a sense of urgency or panic. Let's face it, at the moment none of the bigger parties' opinion polls are where they would like them to be.

The ANC is hovering below 60%; the DA below 20% and the EFF has not made much progress, with polls indicating support of less than 10%. With these figures in mind and time running out, it was inevitable that the campaign would start to "heat up".

Through the centuries politicians have always found it impossible to resist the temptation to insult one another, spread false rumours about the opposition, or even intimidate supporters of opposing parties.

Even in ancient Rome, politicians would trade personal insults or make scandalous accusations about their opposition during public debates which were held in big arenas.

According to Prof Martin Jehne, Marcus Tullius Cicero (who lived during the first century BC) once accused his main rival Clodius of incest with his sisters and brothers. Clodius responded that Cicero was behaving like a real king, which was apparently a big insult in Roman days. (I have to say, these guys have nothing on our Julius Malema when it comes to insults!)

The king of insults in modern days is, of course, Donald Trump. There are even organisations that monitor how frequently he inflicts insults on his opposition. While there are hundreds of examples, Trump calling Vice President Joseph Biden "dumb", Senator Chuck Schumer of New York a "nasty son of a bitch" and saying Governor Ralph Northam of Virginia "choked like a dog", stand out in particular.

Not that he was the first American president to resort to insults. On leaving the office in 1837, Andrew Jackson said that he had only two regrets, both which involved inflicting bodily harm on opposition politicians. "If only I had shot Henry Clay and hung John C Calhoun," he said regretfully.

A hundred years later Harry Truman called Robert Nixon "a no good, lying bastard". "He can lie out of both sides of his mouth at the same time, and if he ever caught himself telling the truth, he'd lie just to keep his hand in," he said.

In hindsight many of these insults are quite humorous. However, closer to home things have turned ugly recently. Former DA councillor and now secretary general of the Good Party, Brett Herron, is suing DA leader Mmusi Maimane for R2m after Maimane said in a radio interview, "Firstly, Mr Herron is corrupt, he is wanted by police, we have laid a criminal charge against him. So frankly, I don't have time to respond to people who are racist, who inherent in their heart are criminal."

In a debate on eNCA, Andile Mngxitama of BLF repeatedly accused Corné Mulder of the Freedom Front Plus of being a racist and a thief.

Posters and banners of the EFF, DA and ANC have been removed or damaged, and a DA candidate was recently threatened by people wearing ANC T-shirts.

All of these actions are very damaging to the democratic process and are clearly forbidden by the Electoral Act; in particular schedule 2 which contains a Code of Conduct. All 48 parties registered for the election have signed and are obliged to adhere to this Code of Conduct.

The code states, amongst other points, that the rights of journalists and women must be respected and that they may not be harassed or intimidated. Parties and candidates may also not act in a way that may provoke violence or intimidation, publish false or defamatory allegations of another candidate or party, or discriminate on grounds of race, ethnicity, sex, gender, class or religion when it comes to any political activity.

So, on the surface it would seem that in all cases mentioned above, those involved were breaking the law. (Although both the Herron and Brown incidents occurred before the election date was promulgated).

If parties or candidates or even in some cases their supporters are suspected of breaking the Electoral Code of Conduct, they can face charges in the Electoral Court. This court, consisting of five members, are appointed by the president on advice of the Judicial Service Commission. The current chair is judge Jeremiah Shongwe from the Supreme Court of Appeal. The other members are two judges and two other South African citizens.

If found guilty, candidates or parties can face a fine of up to R200 000, forfeit the (hefty) electoral deposit they paid or be prevented from using public media, holding meetings and organising demonstrations. Ultimately, they can even be deregistered as a party during the election process and face further criminal charges.

These issues must not be taken lightly. It is absolutely crucial for the democratic process that political parties, their candidates and members play by the rules – no matter how anxious or frantic they become to secure votes. Votes can not be acquired at all costs.

Guarding the hard-fought for and fragile democratic process is far more important than the outcome of that process. It is our duty to ensure that in centuries to come, long after the ANC, DA and EFF cease to exist, future generations in this country are still able to democratically elect their political leaders… who would undoubtedly still insult one another.

We live in a world where facts and fiction get blurred
In times of uncertainty you need journalism you can trust. For only R75 per month, you have access to a world of in-depth analyses, investigative journalism, top opinions and a range of features. Journalism strengthens democracy. Invest in the future today.
Subscribe to News24
Related Links
My f*k, ANC!
Now is the time to panic, but not for the reasons you think
What if SA went dark and silent for a day?
Next on News24
Melanie Verwoerd | Will a defiant Jacob Zuma go down in history alongside PW Botha?