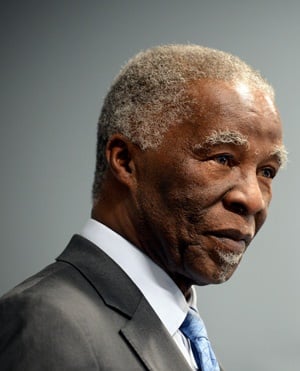 It is depressing to see desperate VBS depositors braving the cold winter nights on the pavements of the bank's offices in the hope that they will secure their deposits from the collapsed bank.

It is nauseating when one juxtaposes the images of the poor depositors with the opulence of the former directors of the bank and their associates. Their love for finer things has been described in news reports and displayed on social networks.

What are we to make of this scandal? Is this a case of "F*#% the poor!", as one drunk director of African Bank Thami Sokutu once remarked while his bank was collapsing under the weight of governance failures and reckless lending to the poor?

In the case of VBS it seems to be a case of "F*#% the poor" multiplied. That is, if you consider the fact that more than R1,5bn of tax payers' money from 14 municipalities who struggle to deliver services to the poor was deposited with VBS.

They deposited the money in contravention of the law and the advice of the South African Reserve Bank soon after it came to its attention that taxpayers' money was at risk of being swallowed by sharks in shiny suits.

The poor residents of those municipalities will be told that they are not getting services because of apartheid. They won't be told that there is a new apartheid in town, a black on black one whose main aim is to frustrate efforts to undo the terrible legacy of old apartheid. The slogan of the new order is: "F*#% the poor!"

It was indeed not surprising that the wife of one of the VBS executives who enjoyed the display of opulence on social media responded to a query from a journalist from the Citizen by telling him, "F*#% you!"

This being the month to celebrate the centenary of late global icon Nelson Mandela, one could not help but retrieve an instructive lecture in his honour. Delivered by then president Thabo Mbeki, the lecture should have helped us reconsider our relationship with money and how it has become a defining feature of what is worth.

It is worth mentioning that that lecture was not like the typical lectures that are seasonal in ANC politics, reaching their numerical highs like the party's membership ahead of elective conferences, only to die down soon after the elective conference. One lost count of the number of "lectures" delivered ahead of the ANC's 54th conference in December last year.

Almost every week there were lectures given by leaders of the ANC and its alliance partners typically in honour of people they and the audiences knew little about. The concept of the lecture and the profundity that is inherent in it was shamelessly butchered beyond recognition.

The lecture worth retrieving is as relevant today as it was when it was delivered, or even before it was delivered given the historical context and the sources from which Mbeki drew, including the Holy Bible. You see, the durability of the quality of message separates a lecture from a political speech masquerading as a lecture.

At the core of the Nelson Mandela memorial lecture of 2006 was that we live in an economic system where the worth of human efforts are measured only by monetary value. Mbeki observed: "Thus every day and during every hour of our time beyond sleep, the demons embedded in our society, that stalk us at every minute, seem always to beckon each one of us towards a realisable dream and nightmare. With every passing second, they advise, with rhythmic and hypnotic regularity – get rich! get rich! get rich!"

With what we know about VBS and the ever-increasing rate at which public funds disappear as reported by the Auditor General, it's difficult not to conclude that our society is sick. It's driven by the mantra "get rich! get rich! get rich!". It doesn't matter the modalities. While we lament the cash-in-transits heists, they are actually nothing compared to the officialised heists of tax money earmarked for the poor.

But for those seeking to get rich quick, it matters not that the money is stolen. As Mbeki stated, "thus, it has come about that many of us accept that our common natural instinct to escape from poverty is but the other side of the same coin on whose reverse side are written the words at all costs, get rich!"

It had become perfectly obvious, Mbeki said, that many in our society, having absorbed the value system of the capitalist market, have come to the conclusion that, for them personal success and fulfilment means personal enrichment at all costs and the most theatrical and striking public display of that wealth.

"What this means is that many in our society have come to accept that what is socially correct is not the proverbial expression, 'manners maketh the man', but the notion that each one of us is as excellent a human being as our demonstrated wealth suggests!"

In this Mandela month and year, let's revisit Mbeki's lecture and ask ourselves whether our society can be redeemed, how and when. One is making his suggestion fully aware that Mandela himself was a victim of the inverse expression "money maketh the man" when funds supposedly earmarked for his funeral were stolen by government officials in the Eastern Cape.

But such is the extent of our society's moral degradation that a convicted fraudster who served time in jail has, according to some senior officials in the governing party, "done nothing wrong". Which is why he heads a committee of the governing party tasked with sourcing public input for the party's election manifesto ahead of next year's general elections.

No doubt, the governing party will promise to launch the biggest anti-corruption drive since 1994 thanks to the energetic and selfless work of Tony Yengeni. And society must believe that it will be so effective that all the people who commit fraud like Yengeni himself will be locked up.

Could this be the governing party's understanding of the "RDP of the soul" that Mandela advocated and which Mbeki invoked in his lecture? Are we beyond redemption?

We live in a world where facts and fiction get blurred
In times of uncertainty you need journalism you can trust. For only R75 per month, you have access to a world of in-depth analyses, investigative journalism, top opinions and a range of features. Journalism strengthens democracy. Invest in the future today.
Subscribe to News24
Related Links
De Lille victory a hard lesson for all political parties
Zuma's shadow is starving the ANC of much needed sunlight
DA's confusion over Israel highlights SA's foreign policy chaos
Next on News24
Mpumelelo Mkhabela | Dangerous games: The EFF should stop sticking its nose where it doesn't belong

Here are the results for the Daily Lotto draw
Full list of lottery results
Lockdown For
DAYS
HRS
MINS
Voting Booth
Matric results are out! Are you happy with your child's result?
Please select an option Oops! Something went wrong, please try again later.
No, the pandemic really messed up their ability to focus
34% - 947 votes
Yes, they did well given the circumstances
66% - 1824 votes
Previous Results
Podcasts
LISTEN | The Inge Lotz Story - a miscarriage of justice