Pieter du Toit: The old flag and the unbearable whiteness of being AfriForum The flag was the product of attempts to unify white South Africa, to the exclusion of black South Africans, something which Roets and AfriForum have difficulty understanding, never mind admit, writes Pieter du Toit.

On Wednesday evening, after the Gauteng High Court in Johannesburg issued an order governing the use of the apartheid national flag Ernst Roets, the de facto leader of AfriForum and its most prominent protagonist, tweeted a depiction of the flag asking: "Did I just commit hate speech?"

He did this after appearing next to the CEO of the Nelson Mandela Foundation Sello Hatang on the court steps following the judgment, claiming that AfriForum was a "reluctant litigant" in the matter and that the organisation wants to combat racism. Roets and AfriForum say the matter, to them, was about free speech.

The old national flag was officially raised for the first time at a trade fair in Havana, Cuba, on March 30, 1928, a month before it was adopted in South Africa.

It was the product of an almighty political battle of two and a half years, which finally saw the aspirations of Afrikaner nationalism being embodied in a flag.

Jan Smuts, who was leader of the opposition, tried to convince the coalition government, with the National Party of prime minister JBM Hertzog as the majority partner, that the Union Jack must be included, while the hard-line nationalists under DF Malan (who became the first apartheid prime minister in 1948) wanted a "clean flag", with no Union Jack. 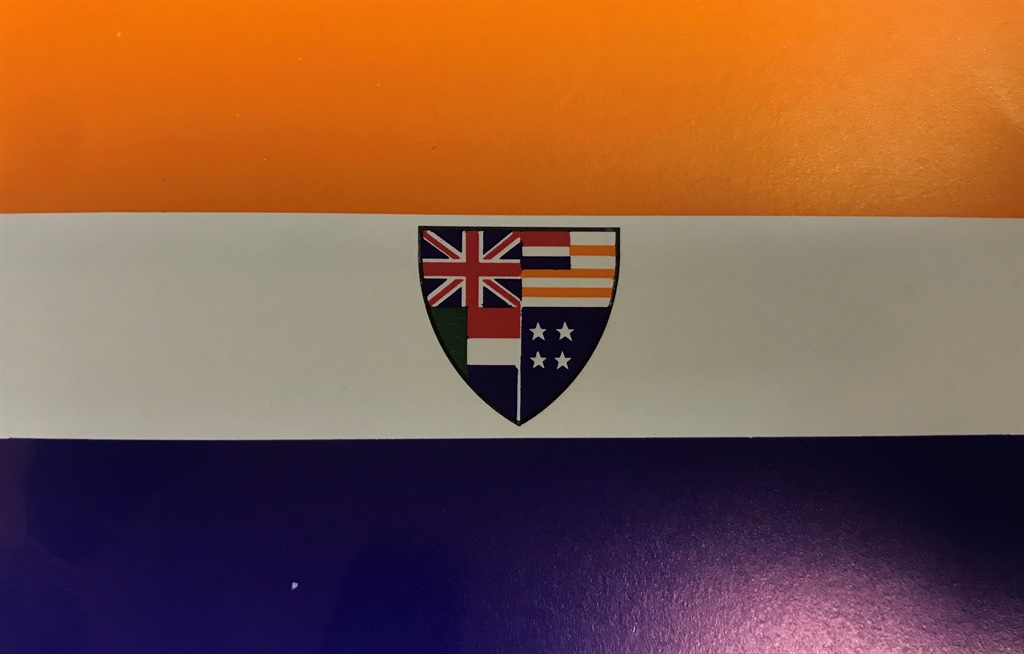 The flag went through a series of iterations, with numerous designs considered by various parliamentary bodies before a design was approved based on the Dutch flag, with a "bowtie" comprising the Union Jack and the two Afrikaner republican flags centred in the middle. (Hertzog called it "not pretty".)

The whole flag debate between 1926 and 1928 however, dominated by parliamentary motions, select committees, flag commissions and national dialogues, was centred on the position of the two "races": Afrikaans and English. Because those were the only "races" that existed. The disenfranchised and dispossessed black majority, excluded from public life since the formation of union in 1910, was never part of the discussion, their views never canvassed and they never featured anywhere. For all practical purposes they did not exist.

The flag therefore was the product of attempts to unify Afrikaans and English, to unify white South Africa, to the exclusion of black South Africans. It was the first visible symbol of the crude triumph of Afrikaner nationalism, an ideology which led to the systematic, institutionalised and statutory subjugation and suppression of black South Africans. And it became the symbol of the Group Areas Act, the Race Classification Act, the Mixed Marriages Act, the Population Registration Act, the Separate Representation of Voters Act and the Suppression of Communism Act.

Something which Roets and AfriForum have a difficult time to understand, never mind admit to. Taking part in a televised debate in 2016 Roets tried his damnedest to explain that although he is not an apartheid apologist, apartheid was turning into something "that it was not". There was "a lot" about apartheid that should be condemned, he protested.

He then went on, quite remarkably, to declare: "Apartheid has become this woolly thing, almost like racism or propaganda, it is being used to attack Afrikaners and history is much more complex than that."

Delivering the minority judgment in the matter between the Tshwane Metropolitan Council and AfriForum in 2016, Judges Edwin Cameron and Johan Froneman, both Afrikaners, lambasted the organisation for referring to "so-called apartheid" and "so-called historical injustices" in their founding papers.

"So-called! This embodies the kind of insensitivity that poisons our society. There were [the court's emphasis] historical injustices.  Apartheid was all too real. And it was profoundly pernicious. These facts are not 'so-called' figments of black people's imagination," Cameron and Froneman wrote.

Insensitive…poisoning society…and that was a dissension in favour of AfriForum!

Roets's infantile tweet on Wednesday night, defiantly flying the apartheid flag after a court judgment earlier in the day setting out in chapter and verse what the flag represents, is a glaring display of his and his organisation's boneheaded and tone-deaf insistence on normalising apartheid. First it was a woolly thing, then it became a "so-called historical injustice" and now its flag has become a rallying point which will surely be turned into a marketing tool for the ever industrious AfriForum recruitment machine. Do Roets and AfriForum not get what apartheid was? Do they not feel the bearing of the full weight of history on South Africa? Do they care?

On the same day that the High Court finally put paid to Malan's hopes of "one race", the Equality Court was supposed to hear arguments in a matter involving AfriForum and Black First Land First.

Outside court the insufferable Roets attempted to hand the equally inconsequential Andile Mnxgitama a copy of his book Kill the Boer. An argument promptly ensued. Mngxitama didn't want the book which, incidentally, has only managed to sell 1 702 copies since it was published mid-2017 (according to the latest Nielsen Book Data Report). The narrative about impending ethnic cleansing apparently hasn't caught on. Mngxitama and Roets are different sides of the same coin, and they deserve each other. Both have a visceral disregard for history, engage with present day South Africa in a flippant display of arrogance and superiority and thrive on race and bluster.

Deputy Judge President Phineas Mojapelo, delivering judgment on Wednesday, expressed the hope that AfriForum would "help build an inclusive South Africanness of all citizens united in their diversity based on mutual respect and genuine acknowledgement of equal dignity despite the superficial differences in skin colour".

He mustn't hold his breath.

We live in a world where facts and fiction get blurred
In times of uncertainty you need journalism you can trust. For only R75 per month, you have access to a world of in-depth analyses, investigative journalism, top opinions and a range of features. Journalism strengthens democracy. Invest in the future today.
Subscribe to News24
Related Links
What the apartheid flag judgment means
Apartheid flag ruling is not a victory yet - Nelson Mandela Foundation
Apartheid flag ruling: Gratuitous display constitutes hate speech
Next on News24
The ANC NEC is taking the rest of us for a ride

Here are the winning Lotto and Lotto Plus numbers
Full list of lottery results
Lockdown For
DAYS
HRS
MINS
Voting Booth
Would you choose to continue working from home after the coronavirus lockdown if given the option?
Please select an option Oops! Something went wrong, please try again later.
Yes, it's much better for me
40% - 7631 votes
No ways! I can't wait to get back to the office
12% - 2223 votes
A mixture of both would suit me best
48% - 9232 votes
Previous Results
Podcasts
PODCAST | MISSING MATTHEW EPISODE 3: Decades of false starts add to a family's despair