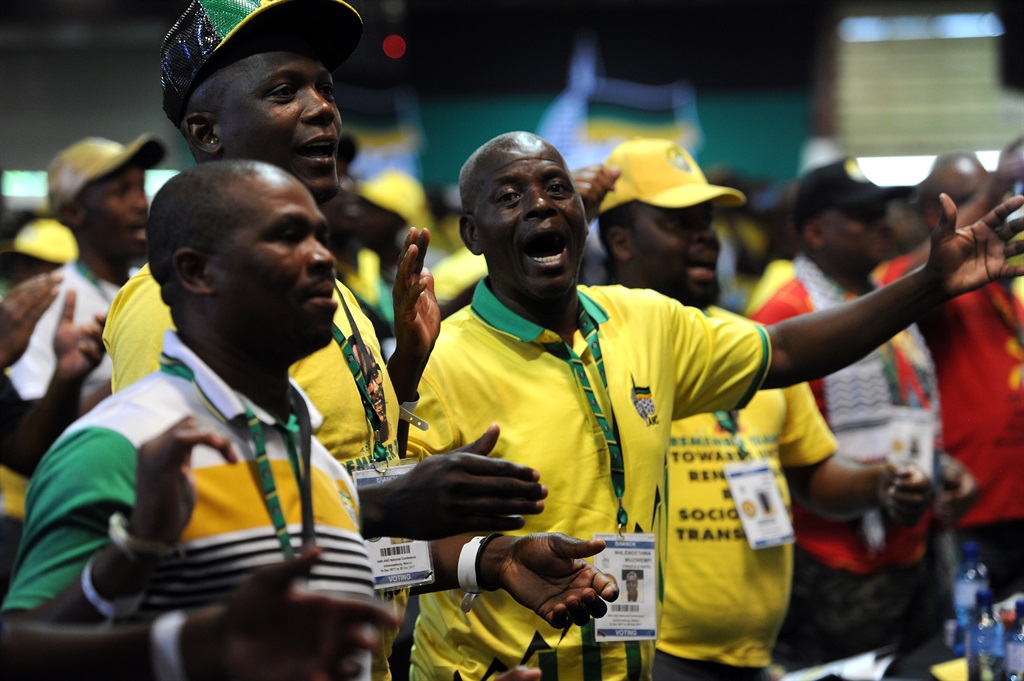 Delegates singing before the announcement of the new ANC leadership at the party’s Nasrec conference in December 2017. Picture: Felix Dlangamandla/Netwerk24

There is no point in regulating how political parties handle donations if we do not go deeper into how they handle their internal processes – these also need to be standardised, writes Dr Ralph Mathekga.

Electoral reform is a journey made up of a series of trial and error. For any democracy, its stability and legitimacy depend largely on the extent to which the process of electing leaders is kept away from the influence of special interests, or interest groups.

The influence of money on politics is the biggest risk faced by many democracies, including stable ones. South Africa has had to learn the hard way that whilst money is never enough to buy a politician as they often change their minds, a good budget can surely allow you to rent a politician time and again.

The tale of state capture in South Africa is a clear indication that with a crafty plan and a few dedicated foot soldiers to run around and twist arms, a family can rent half of Cabinet at a highly discounted price.

Even more recently, we have been stunned by the amount of money that was donated to Cyril Ramaphosa's CR17 campaign. One wonders what is it that was paid for and what is the expected return on investment for some donors; unless we want to believe that Bosasa donated purely out of their willingness to strengthen democracy and accountability.

All of this point in one direction for South Africa; increased influence of money on electoral outcomes and even the functioning of our democracy.

With every election, we see budgets and donations reaching new records highs. This shows that the stakes are getting higher and higher, hence someone is also willing to pay more and more for securing desired electoral outcomes.

There is no sign that the influence of money on politics will decline anytime soon. The only realistic way to mitigate the negative impact of this on our democracy is to push for legislative reforms such as electoral reforms. It is comforting to know that South Africans are now engaging with the Party Funding Bill which seeks to regulate the funding of political parties, including compelling the disclosure of private donors to political parties.

Since the Party Funding Bill was campaigned for years ago (back to 2006), political developments have been such that the bill might not bring about much difference if it is not implemented alongside other reforms that weren't originally part of the bill.

The reality therefore is that if we are going to undertake electoral reforms, we should do it seriously and go beyond what is currently in the Party Funding Bill. Effective reform would entail the regulation of political parties' internal processes, including internal campaign finance.

There is no point in regulating how political parties handle donations if we do not go deeper into how they handle their internal processes – these also need to be standardised.

Imagine how great things would be if all political parties are required to hold elective conferences after every five years! That would ensure that parties do not flood the courts with disputes regarding their internal processes because they will be following a national law on how they should do things.

South Africa's political parties have become exposed to money in a way that they may not be able to properly self-regulate if left to their own devices. Hence an intrusive national law that regulates parties' internal processes might be the way forward. Such regulations might detail how campaign financing should be sourced, accounted upon and spent.

The American system has what they call Political Action Committees (PAC), which are bodies responsible for raising funds for candidates for use in internal campaigns in their respective parties, up to contesting candidates from other parties. How candidates are allowed to spend the funds raised through these PACs is regulated by law. This allows for standardised principles to be followed across the spectrum, instead of each party relying on its own internal regulations that often result in court disputes.

One common trait shared by most political parties in South Africa is the poor state of internal institutional strengths. This means that most parties do not adhere to a set of rules through which disputes are resolved as part of their internal process. With more internal party disputes ending up in court, this means parties require more regulation at national level.

Due to their generally weak internal processes, political parties in South Africa have no valid reason to protest against such a regulatory framework. This conversation should form part of the broader debate about electoral reform, which also includes regulation of party funding.

We live in a world where facts and fiction get blurred
In times of uncertainty you need journalism you can trust. For 14 free days, you can have access to a world of in-depth analyses, investigative journalism, top opinions and a range of features. Journalism strengthens democracy. Invest in the future today. Thereafter you will be billed R75 per month. You can cancel anytime and if you cancel within 14 days you won't be billed.
Subscribe to News24
Related Links
Our obsession with the ANC is killing us
South Africans won't allow ANC to remove Ramaphosa – and now we know he knows it
Ramaphosa may be on firm legal ground, but has a serious political problem
Next on News24
Ralph Mathekga | Why Ramaphosa has to take ownership of the farm theft scandal