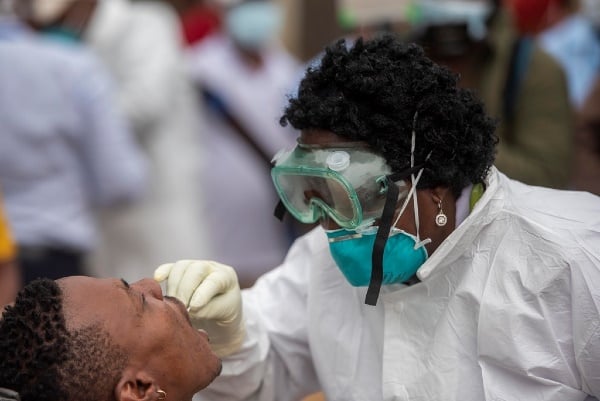 The president managed the expectations of South Africans by announcing the extension before the lapse of the initial 21 days.

The World Health Organisation (WHO) has repeatedly warned governments to ensure that they do not hastily come out of lockdowns because that might result in a deadly reinfection phase. South Africa's government has been praised for taking tough measures, including the extension of the lockdown.

However, it is necessary to ask if government has a plan in place to ensure that the lockdown period is utilised efficiently to implement measures through which we can get a better understanding of the state of infection in the country.

In that way, we will be able to respond better and make informed adjustments to the existing restrictions to allow some aspects of the economy and life to function.

It is only through rapid testing of the broader population that South Africa can establish the pattern of the spread of the virus and be able to respond in an informed manner based on data.

At this point, the extension of the lockdown in South Africa is justifiable on the basis that it has thus far delayed the spread of the virus, as government has stated.

No nation can afford a lockdown for a prolonged period

Lockdowns have proved to be effective in reducing the spread of the virus as has been the case in South Africa and in countries that have opted for this approach. There is no dispute about the effectiveness of a lockdown.

The reality, however, is that no nation can afford to be in lockdown for a prolonged period because it is just unsustainable for human beings to exist under such conditions.

The difficulty we are confronted with is how to balance the need to continue with some restrictions with the need to allow some aspects of life to function. Continuing with a lockdown without an exit strategy, is as bad as insisting on returning to business as usual even when the virus is evidently spreading.

For government to make an informed decision regarding how to proceed with the lockdown or restrictions, it is important to ramp up the testing capacity. Government has not been forthright in releasing information about the extent of testing that has been done.

The easiest part of managing the Covid-19 has been to promulgate lockdowns. The difficult part of the equation is how government plans to implement an exit strategy out of the lockdown as restrictions are gradually relaxed.

In theory, government should be able to test large numbers of people within a short space of time to know exactly what the level of infection is.

An effective government should carry out massive tests across the country within two weeks to get a sense of the extent of the problem, for example. The golden rule is to test as many people as possible.

If that is undertaken, government will have a clear picture as to where in the country the infections are concentrated. This brings to the fore the idea suggested by the DA regarding a "smart phase" plan.

With clear knowledge and data about the spread of the virus as a result of rapid testing, it would be possible for government to identify geographic areas where the infection rate was low, and people could be allowed to function to some degree.

For example, it might be the case that data shows certain provinces or areas have lower to non-existent infections. It would therefore be inefficient to place such areas under the same restrictive measures as others.

It would be outright inefficient to apply similar restrictive measures across the country if we establish that some areas are at lower risk and can function.

China did not shut down the entire country at the same time; neither did they apply similar measures across different regions of the country. Based on data, China has successfully isolated troubled areas and allowed some parts of the country to operate and eventually support those areas which are under severe lockdown restrictions.

It is inefficient to place the entire country under similar restrictive measures while it is possible that the virus is not spreading across the country evenly.

Thus, there might be certain areas where the spread was slow and could consequently be managed under less restrictions. This, of course, can only be established by rapid testing.

While the extension of the lockdown is a demonstration of leadership by President Ramaphosa, the lockdown cannot be used as a wait-and-see reprieve where we are just hoping that infections will slow down.

During the lockdown, government must do its part and ensure there is a clear picture about the extent of infections. This will ensure that we can respond in a smart way, instead of having to take excessively restrictive measures, some of which might not be necessary in some areas.

Extending the lockdown without ramping up testing is just a move based on guesswork.

If we extend the lockdown beyond 30 April, such a decision should be based on solid data derived from rapid testing, and not a cautious decision based on an information gap.

A lockdown is painful for the poor and vulnerable, and therefore cannot be used to disguise the inefficiency of government in managing the spread of the virus.

We live in a world where facts and fiction get blurred
In times of uncertainty you need journalism you can trust. For 14 free days, you can have access to a world of in-depth analyses, investigative journalism, top opinions and a range of features. Journalism strengthens democracy. Invest in the future today. Thereafter you will be billed R75 per month. You can cancel anytime and if you cancel within 14 days you won't be billed.
Subscribe to News24
Related Links
Ralph Mathekga: Ending SA's Covid-19 lockdown too soon 'will be a death warrant for many'
Ralph Mathekga: Ramaphosa's decisiveness on Covid-19 should extend to the economy
Ralph Mathekga: Going for broke in the time of Covid-19
Next on News24
Ralph Mathekga | Flag project: A monumental waste of money