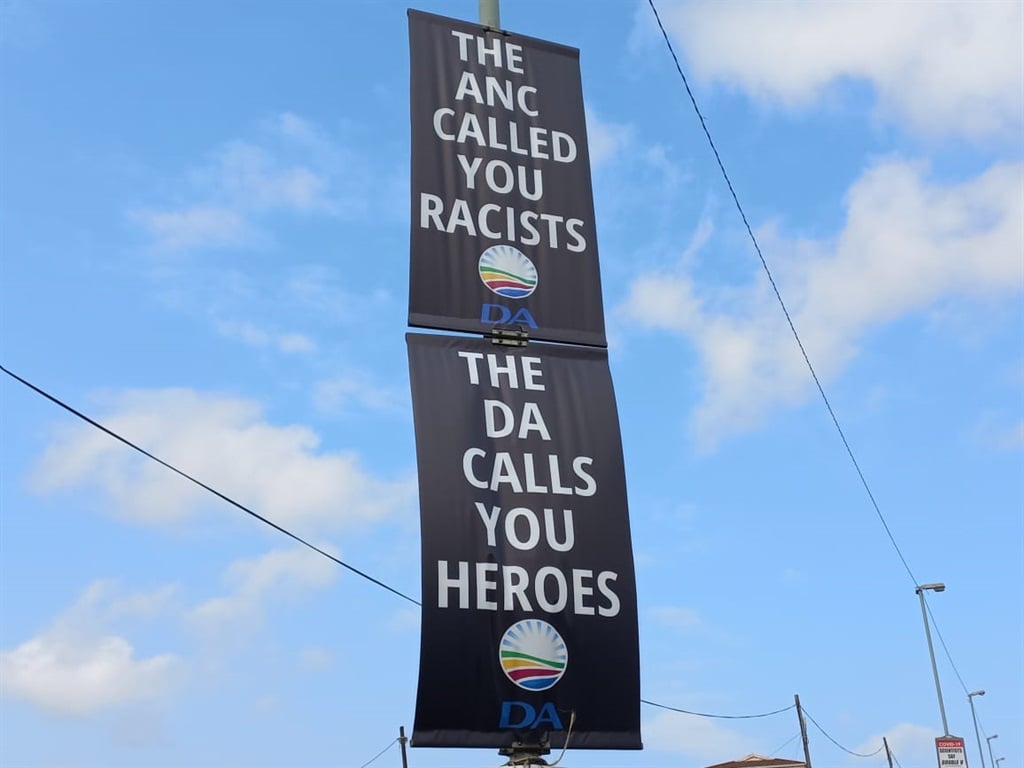 The offensive DA poster which has since been taken down.
PHOTO: Kaveel Singh/News24

The DA already had a good message for this election campaign, so why did it decide to stray into the realm of race, which once again highlighted just how it frames the issue, writes Ralph Mathekga.

The Democratic Alliance has managed to do what the party has recently become known for; putting its foot in it, and for reasons difficult to understand!

The DA's Phoenix election poster has raised the never-ending question about the DA's ability to read the mood of voters as it seeks to attract them to the party.

Support independent journalism
Subscribe to News24 for just R75 per month to read all our investigative and in-depth journalism. You can cancel any time.
Subscribe
Already a subscriber? Sign in
Next on News24
Ralph Mathekga | ANC's campaign doesn't inspire confidence in local government