Ralph Mathekga: Ramaphosa's decisiveness on Covid-19 should extend to the economy 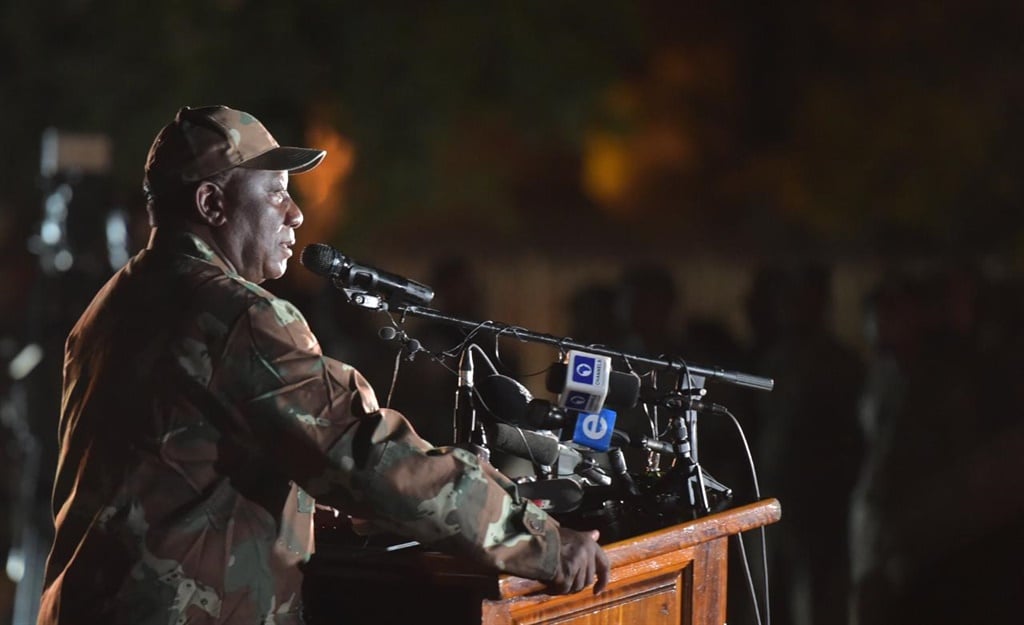 The crisis induced real fear in our politics and society and removed consensus as a requirement for decision-making, paving the way for Ramaphosa to lead with less obstruction, writes Ralph Mathekga.

The spread of the coronavirus in South Africa will have a significant impact on our politics, including Cyril Ramaphosa's presidency.

The aggressive way in which the virus is spreading across the world has brought upon world politics a greater sense of urgency and national sense of purpose; the attributes that were lacking in global politics generally.

Here in South Africa, President Ramaphosa has earlier been vocal about a lack of consensus as the main reason why our policy implementation has ground to a halt, particularly when it comes to implementing reforms in the public service and across state owned enterprises (SOEs).

Even the reality of the impending Moody's downgrading could not induce a sense or urgency in our policy machinery.

This was the pre-coronavirus policy environment in South Africa.

With the outbreak of the Covid-19 virus, Ramaphosa found himself commanding an army of willing followers in the most aggressive fight against the spread of the virus.

Suddenly, everyone rallied around the president and there was a consensus that he should show decisiveness and take control of the streets to curb the spread of the virus.

It is at this point that our politics was frozen and the coronavirus dictated how we respond to this crisis.

President Ramaphosa did not let the crisis moment go to waste; he stepped up and took charge in a moment that requires wider consultation on what ought to be done.

His party, the ANC, is also under lockdown as public gatherings are prohibited.

As far as the opposition parties are concerned, it's also all clear for President Ramaphosa.

The wider policy discussions has died down, and the opposition is also frozen.

The coronavirus has taken so much of our collective attention, that it took a day or so for news about Moody's downgrading to sink in.

Of course it is now about our survival, and the economy will be dealt with later.

The spread of the virus has given Ramaphosa a platform to unleash an executive style presidency, a SWAT-team Presidency to lead us through the crisis.

It is reported that when informed about Moody's downgrading of South Africa to "junk" status, Ramaphosa told Finance Minister Tito Mboweni that we should now "move boldly on structural reforms".

This is interesting in the sense that the President did not ask for consultation with the ANC's alliance partners, he directed action.

The President is clearly taking the emergency, all-hands-on-deck approach to nudge South Africa towards a sense of urgency.

Meanwhile, while Ramaphosa urges us to get on with the homework and fix those things that Moody's recommend we revisit, the ANC has made a moral case, accusing the sovereign ratings agency of being insensitive by downgrading us in the middle of a global pandemic with unfathomable repercussions.

But, the Commander-in-Chief Ramaphosa prefers to act.

The question that arises in my mind is how long this attitude by Ramaphosa will prevail?

How long will he be allowed to wield his executive power on demand?

The window period of the coronavirus crisis may close soon, bringing back more tension in our politics to the point where Ramaphosa goes back to being a lame duck president, forever seeking a consensus.

This could happen immediately after the 21 days of lockdown.

If the political wind in South Africa changes altogether at the end of the lockdown, then it means that Ramaphosa will be unable to march ahead with structural reforms of the economy.

The pressure that will be created by the lockdown will need to be managed carefully, else it will explode and create more political tension in a country that requires serious policy focus.

When the other commander-in-chief (cic) in red overalls comes out of lockdown, the first thing he will do, is to attack Ramaphosa's presidency and dislodge all the respect he would have gathered during the lockdown while opposition politics were frozen.

Opposition parties would certainly criticise government's post corona situation, and the inequalities laid bare during lockdown will fuel our politics and further shift us away from policy consensus.

That there will be an attack on the coronavirus truce is inevitable.

The only important question for me is whether Ramaphosa will be able to stretch the lockdown decisiveness beyond the health crisis into the economic reform zone.

President Ramaphosa could use his newly found firmness to sort out the economy and other things in the country.

In this way, he may also be able to repel criticism that would try to dislodge him as the country's Crisis Supremo once Covid-19 has been fully suppressed.

This brings me to one last point; Ramaphosa has only shot at this crisis, and he cannot afford to miss.

Former President Jacob Zuma cried foul that he would do much for this country if he could be a dictator for a few weeks.

Ramaphosa has the coronavirus pandemic crisis at hand, and it reached him at the time his presidency needed consensus to implement policies.

The crisis induced real fear in our politics and society and removed consensus as a requirement for decision-making, paving the way for Ramaphosa to lead with less obstruction.

This is the moment for the President to show he can rise above the politics.

However, he must lead South Africans to victory against Covid-19, else he will face serious political problems after 21 days of lockdown.

If Ramaphosa's administration can show that it contained the virus after 21 days, the PR from such an experience has endless possibilities for his leadership and presidency in general.

A win against the spread of Covid-19 could bring with it more leverage for Ramaphosa and for him to sort out other matters of national importance, with less political resistance.

We live in a world where facts and fiction get blurred
In times of uncertainty you need journalism you can trust. For only R75 per month, you have access to a world of in-depth analyses, investigative journalism, top opinions and a range of features. Journalism strengthens democracy. Invest in the future today.
Subscribe to News24
Related Links
Ralph Mathekga: Going for broke in the time of Covid-19
Ralph Mathekga | Coronavirus: countries are outdoing each other in panicking
Ralph Mathekga: Are charter cities the answer to South Africa's urban decay?
Next on News24
Ralph Mathekga | No Fikile, there is no good ANC story to tell. The SABC couldn't have saved you

3 bag the Daily Lotto jackpot!
Full list of lottery results
Lockdown For
DAYS
HRS
MINS
Voting Booth
President Ramaphosa has punted the idea of mandatory Covid-19 vaccinations for South Africans. This is:
Please select an option Oops! Something went wrong, please try again later.
The right thing to do. We desperately need more South Africans vaccinated to prevent further mutations and restore normality in our lives.
70% - 12732 votes
A risky strategy. Compulsory vaccinations may have unintended consequences and damage our rollout campaign.
30% - 5421 votes
Previous Results
Podcasts
PODCAST | The Story: The Omicron variant and what we know so far