The Absa report is a political game changer 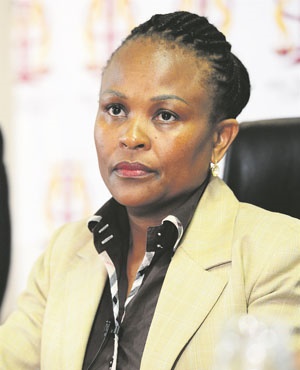 Recently appointed Public Protector Busisiwe Mkhwebane has fired her first salvo in office, releasing a report that implicates one of the major banks in wrongdoing.

Mkhwebane’s report details how banking giant Absa unduly benefitted from a state sponsored financial bailout towards the end of apartheid in the 90’s.

Detailing how Absa was secretly bankrolled by the state during apartheid years, Mkhwebane’s reports recommends that the bank pays back R2.2 billion that it received from state coffers.

There’s more to this story
Subscribe to News24 and get access to our exclusive journalism and features today.
Subscribe
Already a subscriber? Sign in
Next on News24
Ralph Mathekga | Ramaphosa, it is time to appear before Zondo commission

1 person bags the Daily Lotto jackpot
Full list of lottery results
Lockdown For
DAYS
HRS
MINS
Voting Booth
How has the delay in schools' opening impacted your life?
Please select an option Oops! Something went wrong, please try again later.
It's a disaster! We're struggling to manage work and kids at home
41% - 1776 votes
It's a struggle, but we learnt lessons from last year's closures
20% - 849 votes
It's a relief, this second wave is bad and kids need to be at home
39% - 1712 votes
Previous Results
Podcasts
PODCAST | MISSING MATTHEW EPISODE 3: Decades of false starts add to a family's despair