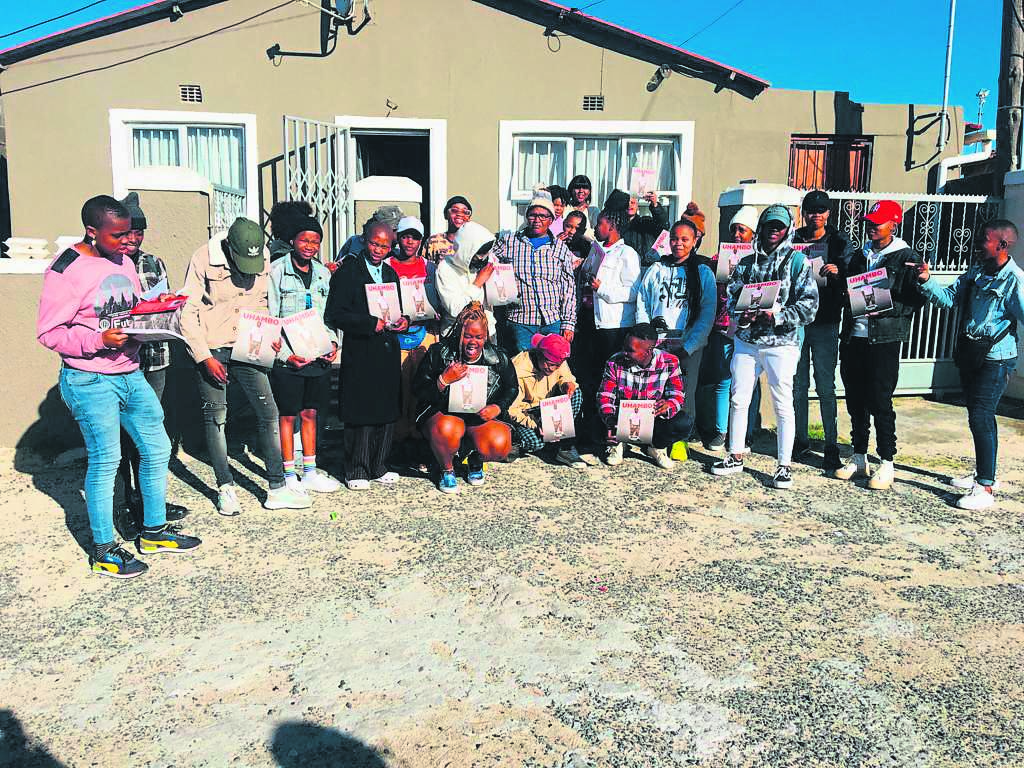 Community activist and founder of Free Gender Funeka Soldaat donated her book Uhambo to some of the members of the organisation.

Community and human rights activist Funeka Soldaat donated at least 40 copies of her book Uhambo to her organisation, Free Gender, to be a source of motivation to its members.

The handover, held at her home in Makhaza on Saturday 25 June, she describes as “special”, a prelude to helping address the social ills one sees around one.

Uhambo, written in 2018 and published the following year, is about Soldaat’s life journey, growing up and ultimately acknowledging her sexual orientation.

The renowned activist urged like-minded individuals to be active in their communities. “We had a gathering as Free Gender members where we were reviewing our organisation and the idea of donating my books came up. It was something I didn’t plan, but I felt let me give them motivation.”

Soldaat has been at the forefront of the battle against homophobic violence through Free Gender, a non-governmental organisation for lesbians that aims to fight for equal rights, and many other organisations.

“I don’t fight for lesbians only, but for all communities, particularly women,” she said.

“People must stop putting themselves in a certain box or saying they are fighting for lesbian rights only. They must join the community structures. If there is a youth structure in your area join it and you must be visible in the community.”

Soldaat also advised those who still hide their sexual orientation to take their time before coming out publicly.

“I always advise anyone who wants to come out of the closet to assess the environment that she or he is living in. You must first check if your family or community members are ready to accept you because some people suffer a lot after they come out.” She says it is better for people to wait until they become independent.

Nolundi Luvalo, one of the people who received a book, said she was so excited with the “special gift”, which she described as “very informative”.

“The book speaks to us gay people,” she said.

“It educates and motivates us. It gives us more power and strength to stand firm.”

Luvalo also encouraged all lesbian, gay, bisexual, transgender, queer and Intersex+ (LGBTQI+) community to be vocal wherever they are to be recognised.

We live in a world where facts and fiction get blurred
In times of uncertainty you need journalism you can trust. For 14 free days, you can have access to a world of in-depth analyses, investigative journalism, top opinions and a range of features. Journalism strengthens democracy. Invest in the future today. Thereafter you will be billed R75 per month. You can cancel anytime and if you cancel within 14 days you won't be billed.
Subscribe to News24
Related Links
‘We need the community presence’
Makhaza Saps mobile station launched
Mrabalala’s third album out
Next on News24
Somagwaza Institute worried