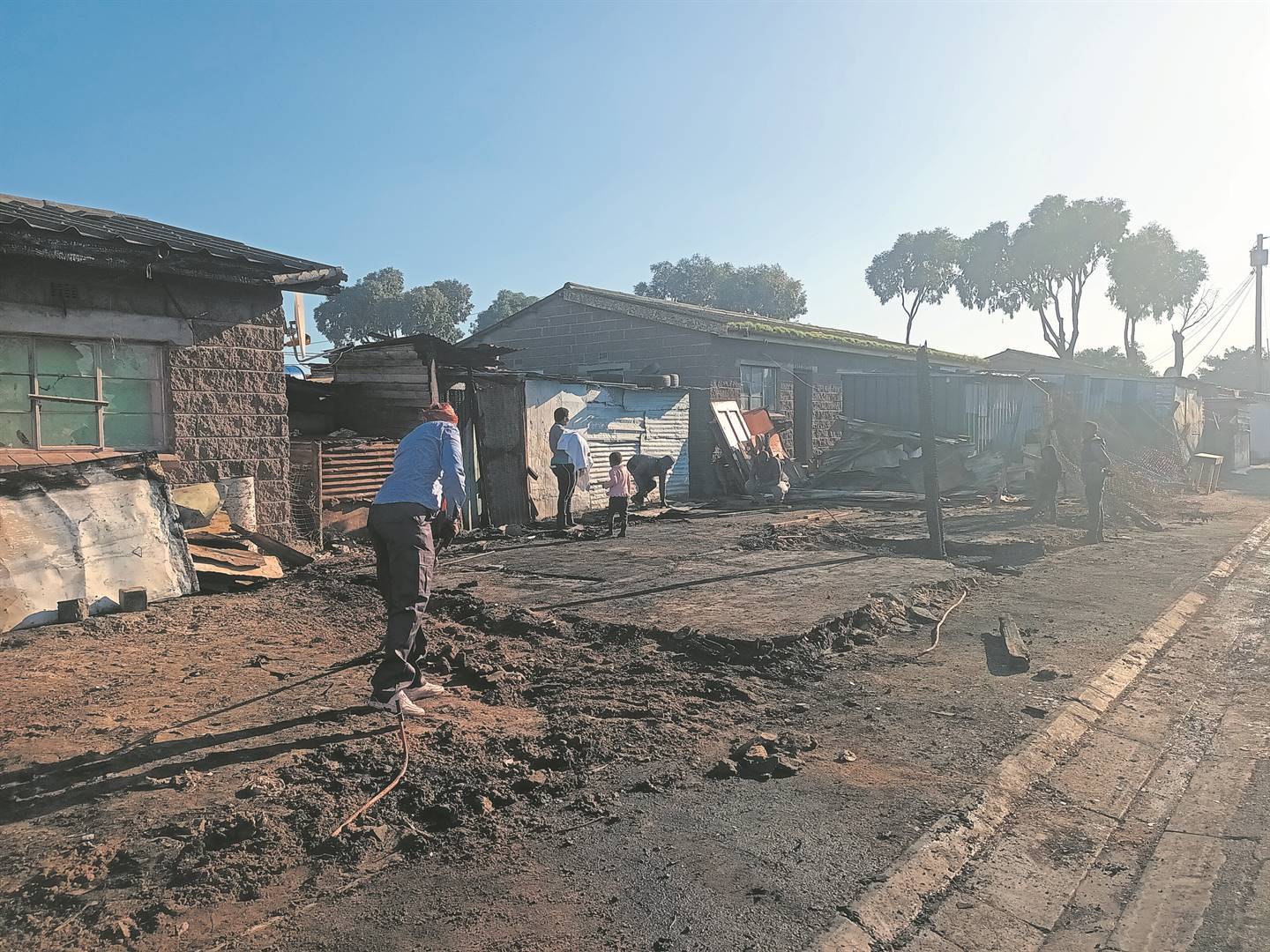 Some fire victims clear the rubble from their sites although they are now sure how they will rebuild.PHOTO: UNATHI OBOSE

Members of the South African National Civics Organisation (Sanco) are warning communities to be vigilant during the ongoing loadshedding and winter rains to avoid unnecessary loss of lives.

The warning comes after four shacks burned down and three people died, a father and his three children, during a fire incident at Nyanga hostel in Nyanga on Saturday evening 2 June. The deceased are Motlale Khotso Daniels (49) (father) and two children Rebaba Letsoe Daniels (11) and Karabelo Daniels (7).

The cause of the fire is still unknown.

“The shack fire started at about 22:00 in the evening and it was alleged that it was started in the shack of the deceased. About three family members burned beyond recognition,” said Msila, but refused to speculate the cause of the fire.

Msila stated that the deceased’s wife went to a funeral in Eastern Cape when the incident occurred.

To avoid future injuries and deaths, Msila appealed to the community to ensure that they unplug all their appliances when not in use.

One of the victims Sivuyile Tsime said they lost everything.

“I have nothing. I am only left with the clothes that I’m wearing. We don’t have a place to sleep. We are squatting at our friends,” said Tsime.

His main concern is how will he rebuild his shack as he is unemployed. “We are appealing to anyone to assist us with anything which includes food, clothes, blankets and building material,” he said, adding that he lost everything including his identity document.

Acting Nyanga Police Station Commander Col Siphiwo Sithonga confirmed the incident. He said an inquest docket has been opened. The cause of the fire is unknown according to him.

“I can confirm that a father and his two children died in a shack fire on Saturday and the case is still under investigation,” said Sithonga.

We live in a world where facts and fiction get blurred
In times of uncertainty you need journalism you can trust. For 14 free days, you can have access to a world of in-depth analyses, investigative journalism, top opinions and a range of features. Journalism strengthens democracy. Invest in the future today. Thereafter you will be billed R75 per month. You can cancel anytime and if you cancel within 14 days you won't be billed.
Subscribe to News24
Related Links
Minors die in devastating blaze in Enkanini informal settlement
Man dies in a shack fire Cyril Ramaphosa informal settlement
Mfuleni shack fire claims one life
Next on News24
'It hurts to see my son all alone': A mom’s desperate cry for a school for her disabled son