Taking Parliament to the people 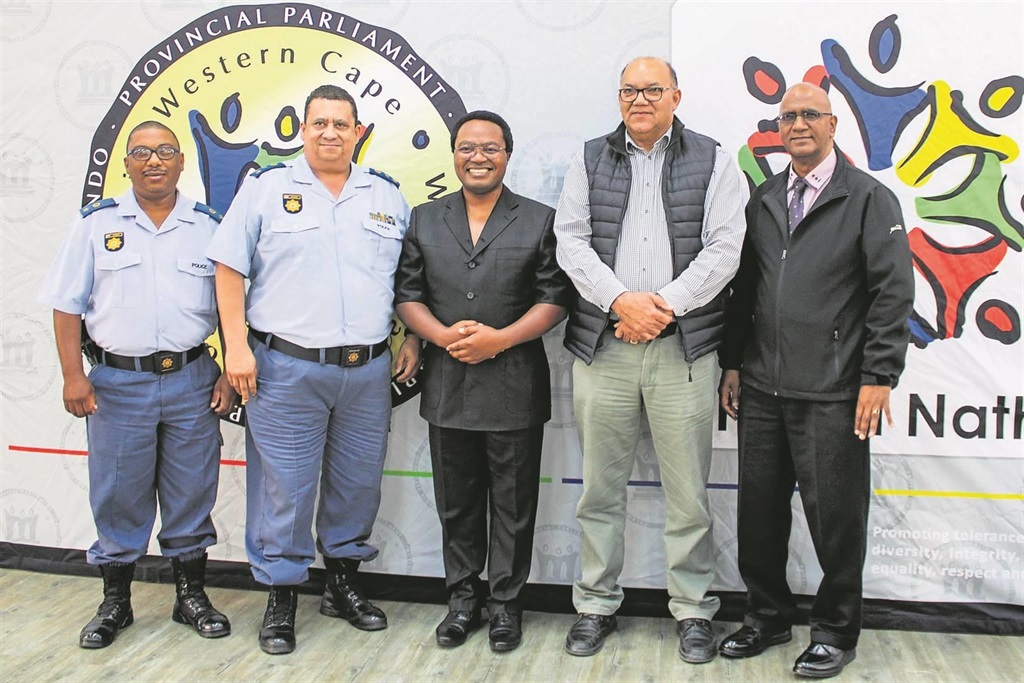 The Speaker of the Western Cape Provincial Parliament (WCPP), Honourable Masizole Mnqasela, concluded a successful visit to the Overberg District during which officials engaged with local communities.

The visit was part of the Thetha Nathi initiative, a flagship programme on public education and public outreach, focusing on community involvement in the work of parliament.

It took place in Bredasdorp on 21 November and Swellendam the following day.

Mnqasela explained Thetha Nathi, meaning “speak to us”, is a campaign aimed at trying to improve the work of the Western Cape Provincial Parliament by placing emphasis on people’s involvement in the work of parliament and ensuring that Members of Parliament are in touch with the communities they serve.

Hundreds of people representing organised sectors as key stakeholders covering all towns and communities in the respective municipalities attended the programme. They were educated about the programme and its purposes as well as the country’s electoral system and the roles and responsibilities of members of parliament.

“Thetha Nathi gave the public a chance to have their voices heard on issues affecting their communities,” said Mnqasela, “it gave the public comfort knowing that someone out there is willing to listen to them.

“We want people to get away from the idea of burning stuff and further destroying existing property in their communities during protests, but instead put their anger onto paper and email or send it to their local authorities, and to use Parliament as a vehicle to amplify their voices when no-one else listens. They must know that through the submission of petitions we will be able to attend to their concerns.”

The WCPP’s public education and outreach officer, Owano Madlingozi, explained Thetha Nathi can assist with any issue in a community. For example, if residents have an issue with local police stations, which do not fall under the provincial legislature’s scope of work, Thetha Nathi will not overlook the issue, but instead get the petition or public participation form to the relevant department in the South African Police Service until they receive an answer.

She highlighted that it is important to go through the process of getting complaints and grievances to all the right avenues and all the relevant people before approaching Theta Nathi for help.

Mayor of Cape Agulhas Paul Swart applauded the Speaker for bringing the programme to municipalities. Abraham Pokwas, Deputy Mayor of Swellendam, said what stood out was how Mnqasela responded to the needs of people.

We live in a world where facts and fiction get blurred
In times of uncertainty you need journalism you can trust. For 14 free days, you can have access to a world of in-depth analyses, investigative journalism, top opinions and a range of features. Journalism strengthens democracy. Invest in the future today. Thereafter you will be billed R75 per month. You can cancel anytime and if you cancel within 14 days you won't be billed.
Subscribe to News24
Next on News24
Ninth consecutive clean audit for Cape Agulhas