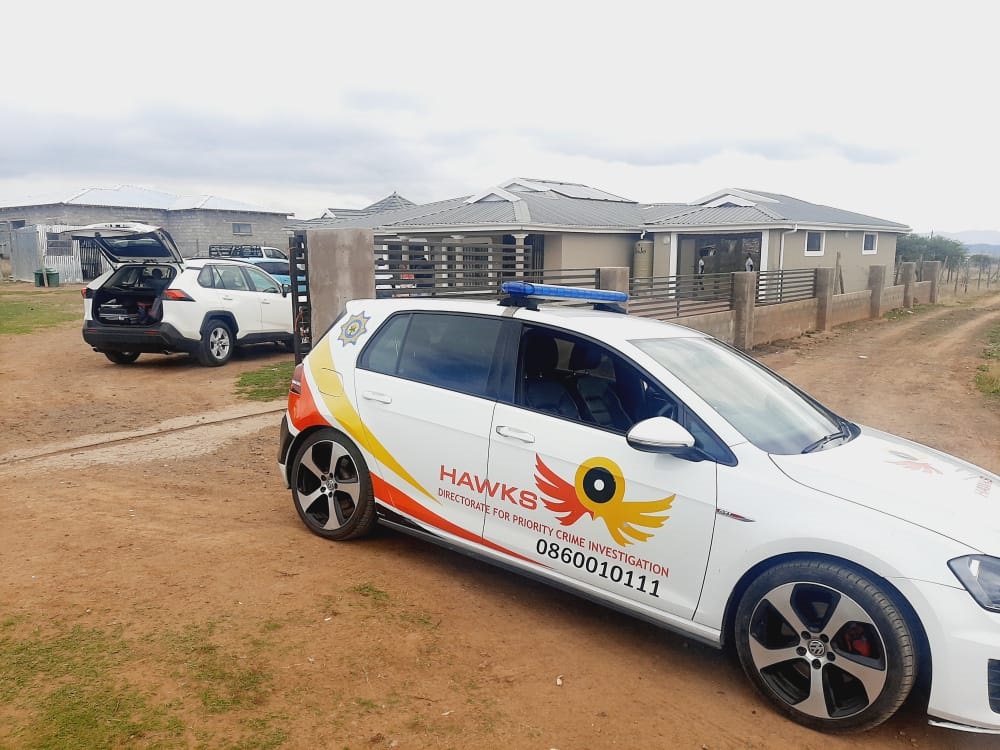 Former South African Post Office employees and their partners were arrested by the Hawks for allegations of fraud, money laundering and theft of R10 million from the post office.
Photo: Zolile Menzelwa

At least two former South African Post Office employees and their partners were arrested on September 27, on allegations of fraud, money laundering and theft involving R10 million from the Post Office.

The arrest of a Post Office teller and her former teacher husband took place just before 15:00 in Ndlovukazi – some 25km outside Komani. The Hawks then proceeded to Cofimvaba to arrest a former police officer and his girlfriend, who was a Post Office branch manager.

The four were granted bail of R3 000 each in the Mthatha Specialised Commercial Crimes Court on Wednesday, September 28.

Provincial Hawks spokesperson, Captain Yolisa Mgolodela, said: “The matter is remanded to November 25 for copies of the dockets and other preliminary matters.”

According to Mgolodela the Crime Intelligence received information of Post Office officials allegedly stealing Sassa grant funds by manipulating the Inter Grant Payment System. The incidents happened between 2020 and 2021.

The information was then handed to the Hawks for probing. The arrests were made by the East London based Serious Corruption Investigation team.

“The investigations revealed that the Post Office officials created ghost beneficiaries, created fictitious claims and made deliberate information omissions and siphoned cash which was meant to pay Sassa beneficiaries,” she said.

As the investigations unfolded, the Hawks found stacks of cash in possession of the four suspects.

“On July 13 last year during the collection of evidence, cash to the value of more than R139 000 was found at the suspects’ disposal, either in vehicles or in their residential places. Further probing revealed that a total of more than R10.2 million was siphoned from the coffers of Sassa, hence their arrest on September 27,” said Mgolodela.

The Acting provincial head, Brigadier Tamara Njikelana, commended the team for their expert investigation skills which ultimately ensured that the perpetrators were brought to book.

We live in a world where facts and fiction get blurred
In times of uncertainty you need journalism you can trust. For 14 free days, you can have access to a world of in-depth analyses, investigative journalism, top opinions and a range of features. Journalism strengthens democracy. Invest in the future today. Thereafter you will be billed R75 per month. You can cancel anytime and if you cancel within 14 days you won't be billed.
Subscribe to News24
Next on News24
Safety and security for young children at ECD centres in Cookhouse