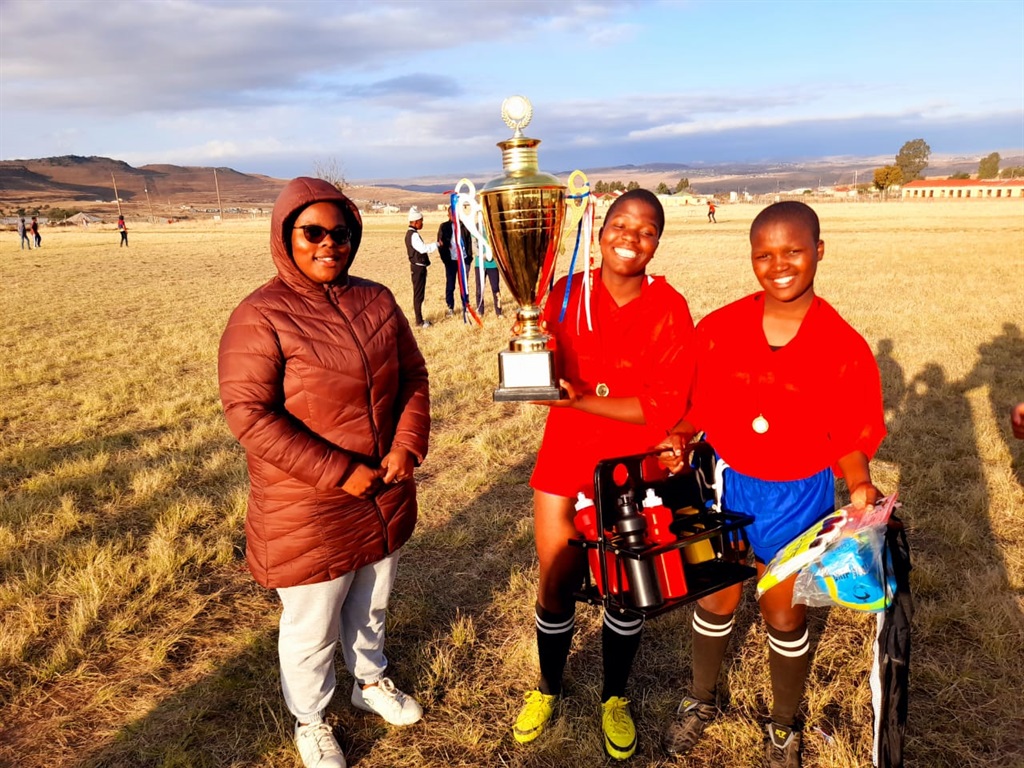 The tournament took place at the Tsomo Mission sports ground in Tsomo, on Saturday, August 6.

Somagaca said by hosting this tournament they want to encourage the young girls to take sport seriously.

“Basically, the aim is to encourage the young girls to sort of take up a talent, because I think it is where you develop your love for sport. I feel that we need to encourage the young girls to take a sport, especially soccer because it is still predominantly a male dominated sport. Our aim is to remind not only girls but the parents and community at large that girls should also play sport, especially soccer,” said Somagaca.

Khwezi Ladies were crowned the champions of the Tsomo Ladies Football Tournament after beating Future Stars 3-1 in the final, while Vutha took third place beating Pioneers 1-0 in the losers final.

Khwezi Ladies is the only team in Intsika Yethu Local Municipality coached by a woman.

The champions walked away with a trophy and gold medal and Future Stars went home with silver medals. The most encouraging part of the tournament is that each and every team that took part in the tournament received training equipment.

Somagaca said there are no sponsors for the tournament, “We have been doing this tournament since last year and the sponsors give us hope but disappoint us at the last minute, so we end up relying on ourselves."

We live in a world where facts and fiction get blurred
In times of uncertainty you need journalism you can trust. For 14 free days, you can have access to a world of in-depth analyses, investigative journalism, top opinions and a range of features. Journalism strengthens democracy. Invest in the future today. Thereafter you will be billed R75 per month. You can cancel anytime and if you cancel within 14 days you won't be billed.
Subscribe to News24
Next on News24
At least 20 road fatalities reported during Heritage Day weekend