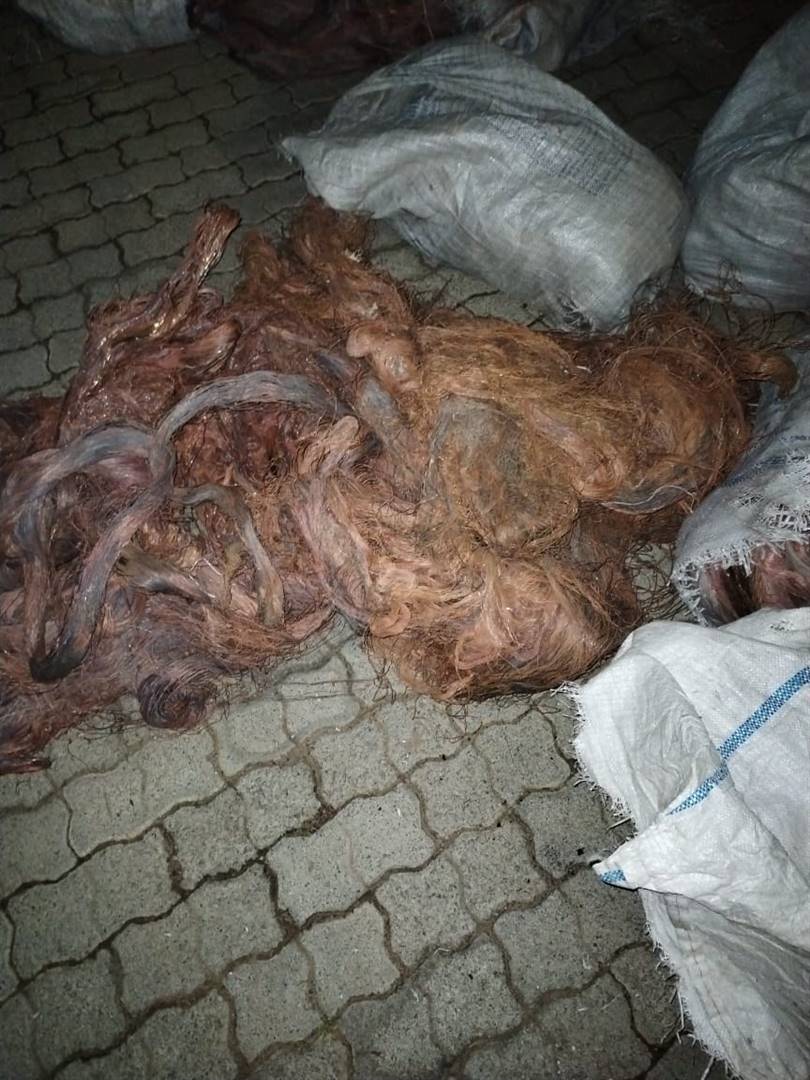 Some of the stolen copper cables that were confiscated in a bust on Tuesday, 24 January.
Photo: Supplied

Four suspects – one a scrap metal dealer – were arrested and suspected stolen copper cables worth about R3 miilion were confiscated during a bust in Bloemhof and Kimberley on Tuesday, 24 January.

Lt. Col Sergio Kock, police spokesperson, said members of the Provincial Organised Crime unit followed up on information on Tuesday at about 23:00 regarding stolen copper that was being transported in a Toyota kombi on the N12 road.

A multi-disciplinary action team, also consisting of police members from Bloemhof and members of Transnet Security, managed to flag down the vehicle in Bloemhof on the N12.

The team confiscated approximately two tons of alleged Telkom copper cables that were stashed inside the vehicle.

Further investigations led the team to a residential area in Kimberley where the home of one of the suspects was raided. Another 2,5 ton copper cables, alleged to be Telkom property, were seized.

Four males, aged from 23 to 40 years, were arrested. All suspects are originally from Gauteng and Malawi.

Kock said the kombi and a white Isuzu bakkie that were allegedly utilised in the commission of crime, were also confiscated.

The suspects are charged with tampering, destroying and damaging essential infrastructure, and the possession of suspected stolen copper, and theft.

They will appear in court soon.

The provincial commissioner of the Northern Cape, Lt Gen. Koliswa Otola, welcomed the results of the bust.

Otola reiterated that one of her priorities is to combat the destruction of essential infrastructure and eradicate copper theft that has a huge impact on essential services and the economy of the country.

“We extend our appreciation to the community and urge them to continue to provide information of criminals destroying essential infrastructure,” Otola said.

We live in a world where facts and fiction get blurred
In times of uncertainty you need journalism you can trust. For 14 free days, you can have access to a world of in-depth analyses, investigative journalism, top opinions and a range of features. Journalism strengthens democracy. Invest in the future today. Thereafter you will be billed R75 per month. You can cancel anytime and if you cancel within 14 days you won't be billed.
Subscribe to News24
Next on News24
Missing person sought