"Enough is enough" protesters call for end to load shedding Hundreds of people gathered in the Cape Town CBD today (25 January) to protest against the ongoing load shedding as part of The Power to the people march.

The protest, organised by the Democratic Alliance (DA) to voice opposition to the energy crises, forms part of a broader campaign by the party to challenge the African National Congress (ANC)'s cadre deployment policy in court.

The group marched to the African National Congress (ANC) office in the province at Constitution House, Adderley Street, and was met by a few defiant ANC supporters. Similar protests took place in other parts of the country.

Tertuis Simmers, DA provincial leader, says the march is to voice their opposition to the ANC’s destruction of South Africa’s energy infrastructure and the economy. “We cannot call it load shedding anymore, it's blackouts and it's affecting all sectors of our community. We are tired of sitting in darkness for up to four hours."

ANC member of parliament Faeiz Jacobs, who was outside the ANC offices, says: “We are here to defend this ANC, this constitution and this revolution. The DA is marching on us today but that hypocrisy of the highest order. They are exposing a real problem that our government is dealing with. The energy crisis is a big problem worldwide. Our president is dealing with the corruption, he is dealing with building energy and we have a plan.”

Ferlon Christians, ACDP leader in the Western Cape, says: “We say enough is enough, every political party must be here. If you are not here it means you are supporting the ANC and the ANC is the cause of the problem. I believe going to the headquarters of the ANC is correct because they are the cause of the problem. We do not want to go to government buildings that are empty we want to go to where they sit and say ‘the ANC is killing jobs, the ANC is killing this economy and we are losing jobs because of the ANC’.”

Elize September travelled from Parow to voice her frustration.

September says: “I am here to voice my dissatisfaction with the load shedding and the corruption. As the people we have had enough.” 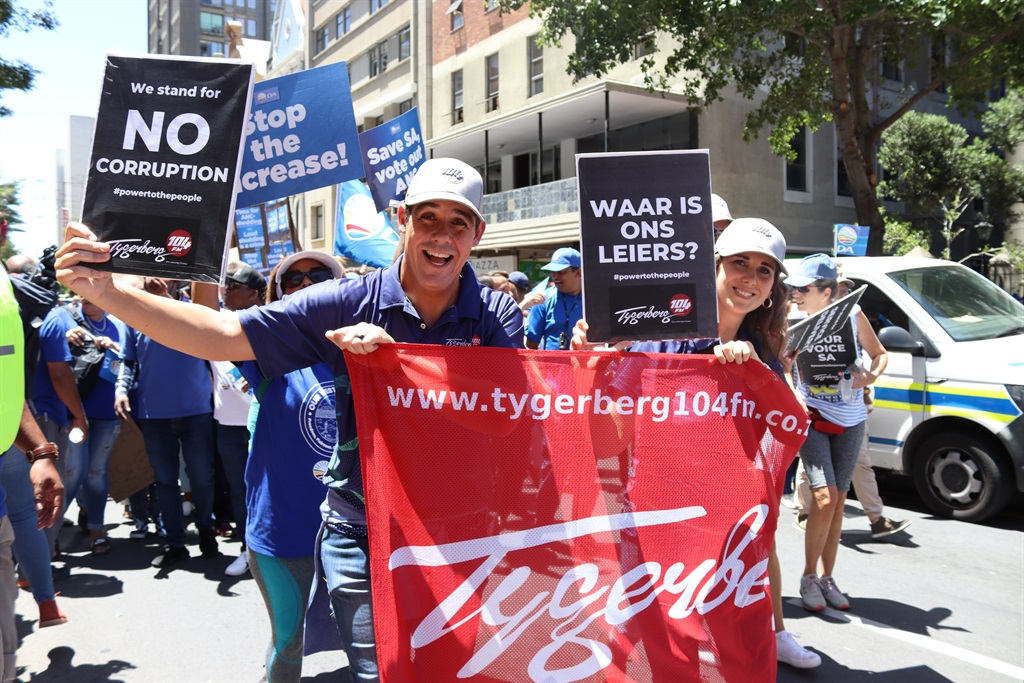 Neville Kolbee a pensioner from Eerster River says: “Loadshedding is a crime. We cannot live like this; we are living in fear. We are hungry, we cannot eat because there is loadshedding. One Sunday I had my Sunday lunch at 18:00. We are scared to be outside because our roads are dark. What about people that need electricity for nebulizers to keep them alive?”

Premier Alan Winde says the ruling party is to blame for the energy crises and corruption in SA.