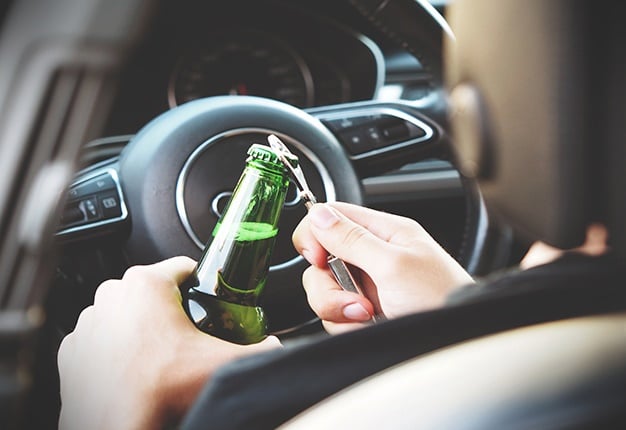 With the silly season around the corner, the Table View police are warning motorists against drinking and driving.

Just last month, metro police officers arrested 172 suspects and issued 4 315 fines in a span of a week. Among those arrested were 13 suspects on charges related to domestic violence.

“No one is trying to stop you from having a good time – just be responsible about doing it,” she says.

The City’s Mayco member for safety and security JP Smith says the number of weekly arrests continues to be a double-edged sword.

“On the one hand, it reinforces the good work being done on the streets by our staff members, but it is also indicative of ongoing levels of criminality,“ he says.

While the number of confiscations is still low, it is likely to increase as we head into the peak summer season, “so now is as good a time as any to remind the public that it is against the law to consume alcohol in public,” he says.

What is the limit?

Your blood may not have an alcohol content of more than 0,05%. This means that even after what you may think is a “small drink” you could be over the limit.

“If you have more than 350 ml of beer, or if you have more than a single tot of brandy or other spirits, you may already be over the limit. Remember that these levels of alcohol will remain in your system for up to eight hours after consumption,” Chandler warns.

She urges the public not to take chances – “rather stay where you are until you have sobered up, or arrange for alternative transport home from wherever you plan to drink and make such plans in advance to ensure that you are not left stranded.”

Caught and over the limit?

The police and other law enforcement agencies are more frequently conducting road blocks and manning other checkpoints to discourage people from drinking and driving.

“If you are stopped at such a roadblock, and if it is determined that you have consumed more than the legal limit of alcohol, you will be arrested and charged with driving under the Influence of liquor,” Chandler says.

She warns that the offender will be held in custody until they are able to post bail (in certain instances bail may be denied).

“Depending on prior convictions against you, as well as the circumstances surrounding your arrest, you face a minimum fine of R2 000 or a two-year prison sentence, or both. You may also lose your driver’s licence, or have it suspended. And, of course, you will have a criminal record.”

You can report drunk or reckless driving to the City’s traffic services or to the National Transport Call Centre.

The City’s law enforcement, traffic and coordination department can be reached by calling 021 480 7700.

When reporting the incident, make sure you include: