Two in court after victim is robbed twice in one day 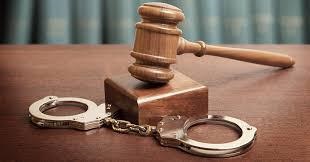 Two suspects appeared before the Kroonstad Magistrate's Court after being arrested for housebreaking and theft.
Supplied

Two suspects appeared before the Kroonstad Magistrate’s Court after being arrested for housebreaking and theft.

On Thursday a 26-year-old and 32-year-old suspect appeared in court after they were arrested on Tuesday morning.

The police were called to the victim’s house on Monday to investigate a break-in. The victim had to leave his house again after the police opened a case for investigation. Upon his return, on the same day, he found that there was a second break-in, and items to the value of R300 000 had been stolen.

The police were called again, and the case was immediately handed over to the Kroonstad Detectives for further investigation. Following the leads, the detectives were able to arrest the suspects in the early hours of Tuesday morning.

The arrest was made at a liquor outlet in town. The suspects took the police to flats where some of the stolen items were kept, and to the people to whom they sold some of the items.

“Time is a crucial aspect when tackling crime. It is high time our presence should be felt when these criminals are least expecting it,” says Maj. Gen. Moses Makubo.

The case was postponed to Thursday, 19 January, for formal bail application.

We live in a world where facts and fiction get blurred
In times of uncertainty you need journalism you can trust. For 14 free days, you can have access to a world of in-depth analyses, investigative journalism, top opinions and a range of features. Journalism strengthens democracy. Invest in the future today. Thereafter you will be billed R75 per month. You can cancel anytime and if you cancel within 14 days you won't be billed.
Subscribe to News24
Next on News24
Event fit for all seasons