Following months of build-up, an uncharacteristically chilly Gauteng provided the backdrop to the 2021 Toyota Fortuner Challenge.

They are then tasked to compete in a number of physical and mental challenges, scoring points according to the position the teams finish in.

Equipment, gear and apparel are provided by the sponsors: Garmin, Salomon, Specialized and Quartz Lubricants. Proceedings kicked off at Kloofzicht Lodge & Spa with a random draw to determine the four teams.

Giniel and Anneri were the first team paired up, followed by Shaheen and Steffi, Greg and Zaakirah and finally Justin and Oupa.

After a detailed briefing, six challenges were laid out for the participants. The first task (Specialized MTB Dash) required the contestants to saddle up on their Specialized mountain bikes and tackle a trail ride, while their hero partner would compete on a static simulator with points allocated according to position finished. 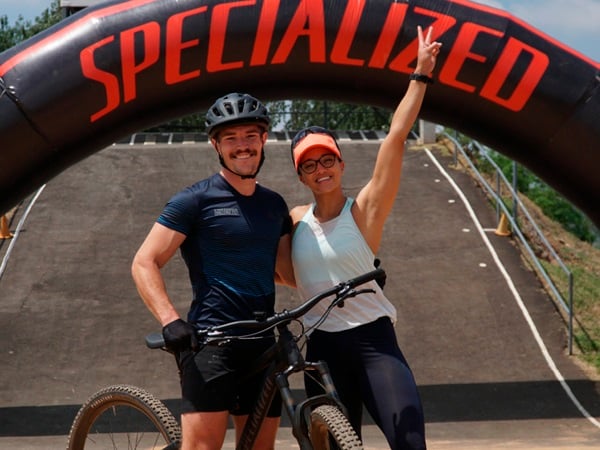 Next the Specialized Capture the Flag unfolded at the nearby 'pump track', where mathematical dexterity and physical pedaling-power would converge.

The hero-partner would need to solve mathematical riddles from atop a watchtower and guide their partner to collect numerical flags in a pre-determined sequence.

Following this, the hero-contestant pairs had to command their Toyota Fortuners across an off-road obstacle course in the Salomon Fortuner 4x4 Challenge. 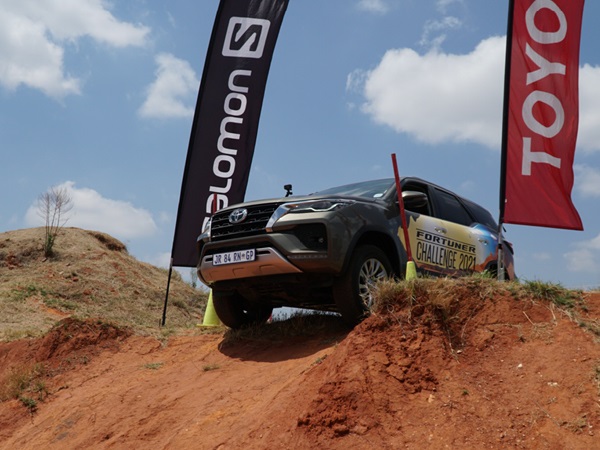 With the contestants behind the wheel, their hero-partners had to guide them from outside the vehicle through a series of 'gates' while stopping to complete a series of puzzles.

Some tense moments were experienced by participants and on-lookers alike.

While the Toyota Fortuners made light work of the off-road terrain, the participants were less composed as they scrambled to complete all the obstacles without collecting any penalties. The TGR Driving Academy instructors could be heard reminding the drivers of the age-old off-roading mantra: as slow as possible; as fast as necessary.

Returning to Kloofzicht, the fourth task took to the water where the Garmin Raft Regatta would unfold. Using their Garmin fenix smartwatches, the teams had to navigate to specific coordinates where they would locate raft-building materials.

The goal was to build a raft that could transport them across the dam to the checkpoint. Here all teams experienced navigational challenges with Justin and Oupa exploring more of the surrounding terrain than intended. 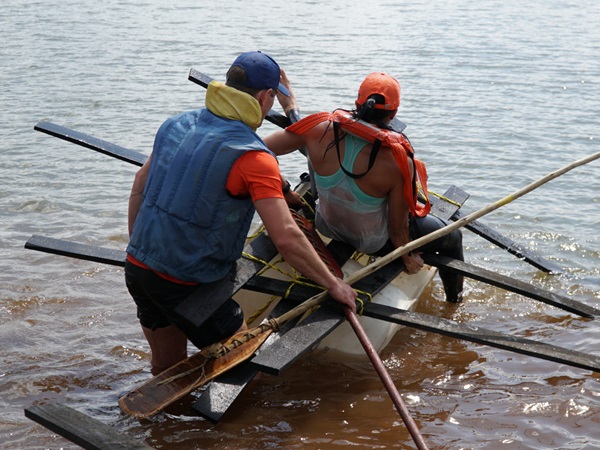 While Anneri and Giniel were the only team that managed to assemble a raft, their celebrations were short lived as a broken oar and other “technical difficulties” prevented their water passage.

In the end, all teams received a DNF, keeping the scoring tight. Drying out their Salomon footwear, the teams were then tasked with the Garmin Archers Edge challenge. A crossbow shooting station set the stage for an epic target-shooting battle.

Here all teams finished closely, with a victor difficult to pin-point. In what the duelling teams thought was the final challenge, the Quartz Lubricants Obstacle Course would test their agility, stamina, mental prowess and grip strength.

After completing the obstacles, which included a netted wall and gymnast-like parallel bars, the teams had to pull their Toyota Fortuner in a titanic tug-of-war using only a rope and their body weight. Greg and Zaakirah reached the tug of war first, however gravity and Newton's laws presented a formidable opponent.

The muscle-bound pairing of Justin and Oupa demolished the tug-of-war and were the first to tackle the next element of the task.

Here an intricate jigsaw puzzle affixed to the bonnet of the Toyota Fortuners made up one component while their teammate had to hoist and suspend a cement bag equal to their body weight using a cable and pulley system. A “tag-team” race ensued, as grip strength and stamina were pushed to the max, with the pairs tackling the weight bag and puzzle elements in alternating fashion. Screams of anguish, pain and desperation were witnessed by all in the final push to secure the grand prize of a brand-new Toyota Fortuner 2.4 GD-6 RB.

The four contestants would aim for the fastest time across a specific stage and serve as the last opportunity to add to their points tally.

In the end, Anneri from the Western Cape was crowned the winner of the 6th instalment of the Toyota Fortuner Challenge.

She is the first female winner (since inception of the competition) to walk away with the grand prize of a Toyota Fortuner. A Boeing pilot by profession, she made light work of the navigational tasks and kept a cool head throughout the physical obstacles.

Congratulations to Anneri and her hero- partner Giniel for emerging victorious.

We live in a world where facts and fiction get blurred
In times of uncertainty you need journalism you can trust. For only R75 per month, you have access to a world of in-depth analyses, investigative journalism, top opinions and a range of features. Journalism strengthens democracy. Invest in the future today.
Subscribe to News24
share
Next on News24
Birds: Hearing is Believing