Eskom has, for the first time, found clear evidence that points to sabotage at its Lethabo Power Station, near Vereeniging in the Free State.

The power utility found that supports attached to a small pylon carrying power lines that feed electricity to the power station's overland coal conveyor, were cut, which caused it to topple over onto a backup power line, rendering both inoperable. This short pylon near Lethabo Power Station in the Free State, near Vereeniging, collapsed without warning on the evening of Wednesday, 17 November 2021.
Supplied Supplied

It took nine hours on Wednesday night for distribution officials to reroute power to the Lethabo conveyor from a third supply line.

There were six hours of coal left inside bunkers at Lethabo, meaning the country came dangerously close to Stage 4 or even Stage 6 load shedding, which would have been implemented if the coal ran out and Lethabo's 3 558 megawatts (MW) of generating capacity were lost.

During a media briefing on Friday morning, De Ruyter said a preliminary investigation had found evidence that the eight supports, called stays, were cut.

"The stays that were cut were galvanised steal rods with 24mm in diameter, so they were quite sturdy," he said. 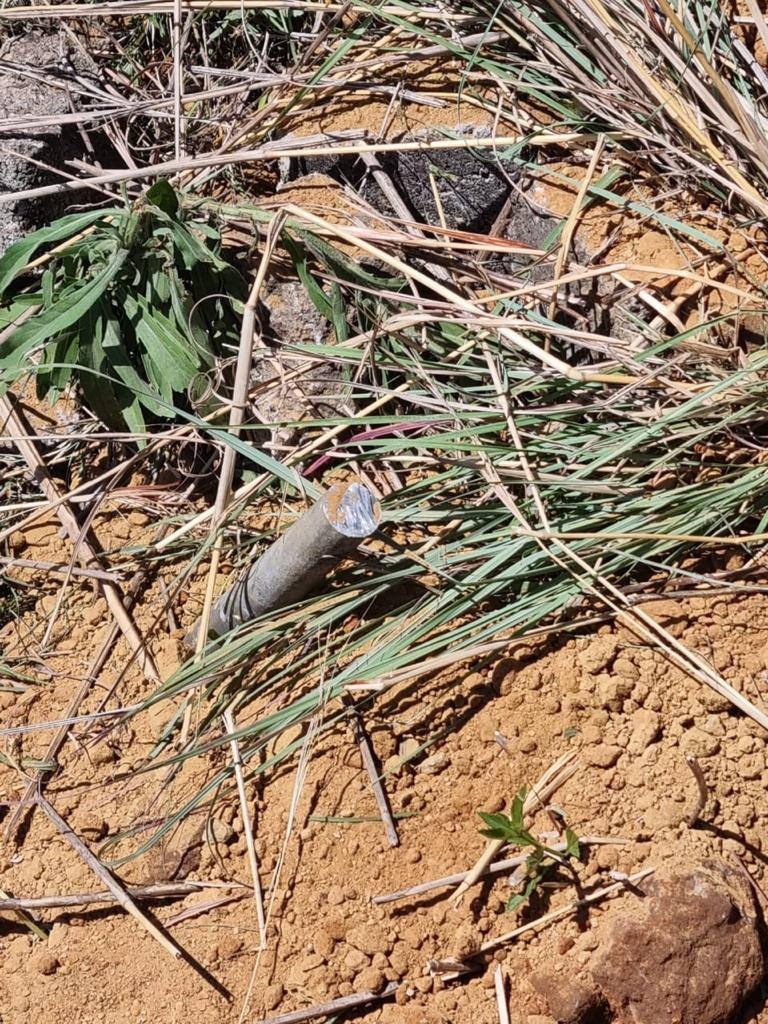 A stay, or support, attached to an electricity pylon near Lethabo Power Station in the Free State, was cut. It caused the pylon to topple over onto another power line that was a backup power supply to Lethabo's overland coal conveyor. Photo - Supplied

News24 reported on Friday that senior Eskom officials had privately expressed the view that the Lethabo incident was the clearest evidence of sabotage yet.

The pylon fell just hours after an extension cord was dropped onto a transformer by a team working on cooling fans at Matimba Power Station, Eskom's other most reliable power station, causing three units to trip simultaneously and the loss of 1 845 MW of capacity.

Eskom was able to return two of the units to service later on Wednesday, but De Ruyter said the incident "aroused suspicion".

We live in a world where facts and fiction get blurred
In times of uncertainty you need journalism you can trust. For 14 free days, you can have access to a world of in-depth analyses, investigative journalism, top opinions and a range of features. Journalism strengthens democracy. Invest in the future today. Thereafter you will be billed R75 per month. You can cancel anytime and if you cancel within 14 days you won't be billed.
Subscribe to News24
Next on News24
EXCLUSIVE | 'Looks like it’s war' - Eskom official after gravity defying pylon's fall at Lethabo power station