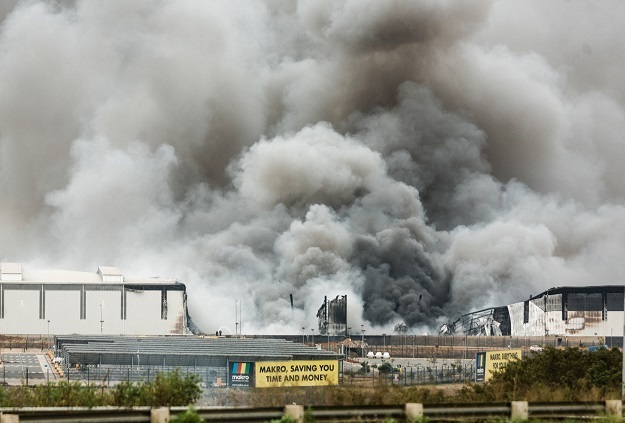 Smoke rises from a Makro building set on fire in Umhlanga, north of Durban.
RAJESH JANTILAL/AFP

The intelligence cluster warned Cyril Ramaphosa's executive that the arms deal corruption trial of his predecessor – Jacob Zuma – had the potential to spawn a national shutdown nearly two months before the failed July insurrection brought the country to its knees.

"Political tension that degenerates into the mobilisation of grassroots and pressure groups' reaction to unfolding developments are set to have a negative effect on stability and governance nationally and provincially," read one of the warnings – on 11 May 2021.

In the wake of Zuma's imprisonment for contempt for defying the State Capture Inquiry and the Constitutional Court - the warnings unheeded - unprepared police in Gauteng and KwaZulu-Natal were overrun. In a looting and vandalism spree which lasted more than a week, 360 people were killed, R50 billion was cleaved off the economy and more than 150 000 were left jobless.

Read this for free
Get 14 days free to read all our investigative and in-depth journalism. Thereafter you will be billed R75 per month. You can cancel anytime and if you cancel within 14 days you won't be billed.
Subscribe
Already a subscriber? Sign in
Next on News24
SILENCED | Inside the 'confidential' Tembisa Hospital audit which was buried after Deokaran hit