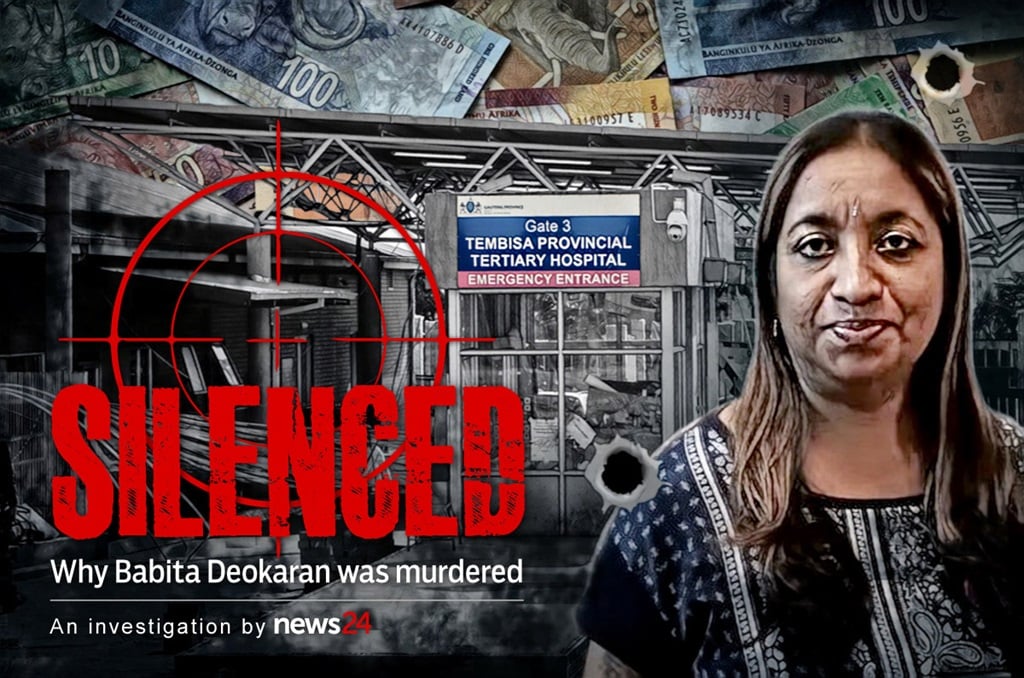 Babita Deokaran was a corruption whistleblower within the Gauteng Department of Health. She was assassinated in 2021.
PHOTO: Rudi Louw/News24

A preliminary SIU report released on Tuesday found that networks of shell corporations banked more than R1 billion in dubious payments from the impoverished hospital. These syndicates and those behind them were first exposed by News24 in a series titled Silenced.

Investigators uncovered evidence that Maumela and Govindraju, through companies they controlled, in some cases, provided fake documents to the Gauteng Department of Health which paved the way for a flood of payments.

Read this for free
Get 14 days free to read all our investigative and in-depth journalism. Thereafter you will be billed R75 per month. You can cancel anytime and if you cancel within 14 days you won't be billed.
Try FREE for 14 days
Already a subscriber? Sign in
Next on News24
EXCLUSIVE | Phala Phala manager who 'stashed' dollars works for lodge partly owned by Arthur Fraser's niece