The story: South Africa's largest cigarette manufacturer, British American Tobacco, says the state's justification for banning the sale of tobacco products during lockdown is an "exercise in smoke and mirrors" that has produced "few benefits and immense harm".

The background: BATSA is set to challenge the ban in the Western Cape High Court next month.

What we know: The government defeated an earlier court challenge to unban cigarettes from the Fair Trade Independent Tobacco Association in June, with the court ruling that it fell within the powers of the state under the Disaster Management Act to ban the sale of tobacco. 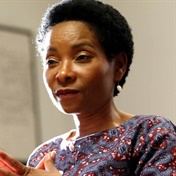