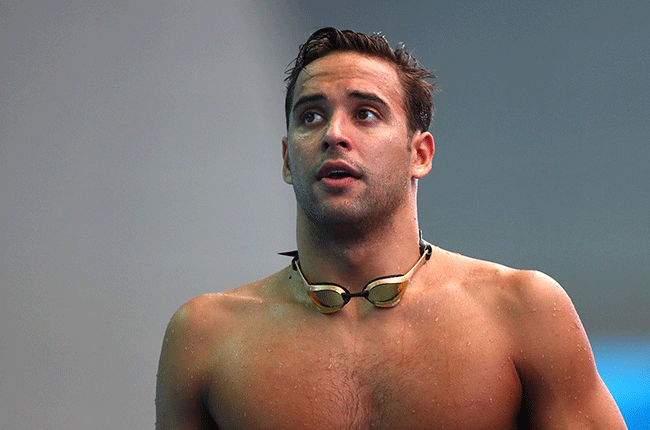 Olympic superstar Chad le Clos is humbled and honoured to be flying the South African flag at the Tokyo Olympics opening ceremony on Friday.

Despite being South Africa's most decorated Olympian of all time, Le Clos has never carried the flag at the prestigious opening ceremony, with Caster Semenya doing the honours in 2012 and Wayde van Niekerk in 2016.

Le Clos' Olympic journey dates back to 2010 at the Youth Olympics, where he brought home a record five medals in Singapore.

Two years later, Le Clos stunned the world when he defeated American legend Michael Phelps to win gold in the 200m butterfly at the 2012 London Games. Le Clos then followed up with a silver in the 100m 'butterfly.

He then added two silver medals at the 2016 Rio Games as he finished runner-up in the 200m freestyle and 100m butterfly.

Le Clos has come a long way and is just thankful to represent his country at his third Olympic Games.

"I'm extremely honoured. I can't believe it's the Olympics already, it feels like London or Rio was yesterday," Le Clos told Sport24 on Thursday.

Click on the link below for the full article.

We live in a world where facts and fiction get blurred
In times of uncertainty you need journalism you can trust. For only R75 per month, you have access to a world of in-depth analyses, investigative journalism, top opinions and a range of features. Journalism strengthens democracy. Invest in the future today.
Subscribe to News24
Next on News24
Dad with SA's first mechanical heart rescued from death's door

3 bag the jackpot in the Daily Lotto
Full list of lottery results
Lockdown For
DAYS
HRS
MINS
Voting Booth
Have you ever purchased a fake luxury/designer item?
Please select an option Oops! Something went wrong, please try again later.
Yes, I believed it was authentic
7% - 225 votes
Yes, I didn't want to spend that much money on the original item
20% - 668 votes
No, I always shop at reputable stores
14% - 465 votes
No, I don't wear designer clothing
60% - 2009 votes
Previous Results
Podcasts
PODCAST | The Story: Spotlight on filicide - what triggered Lauren Dickason? And how to get help