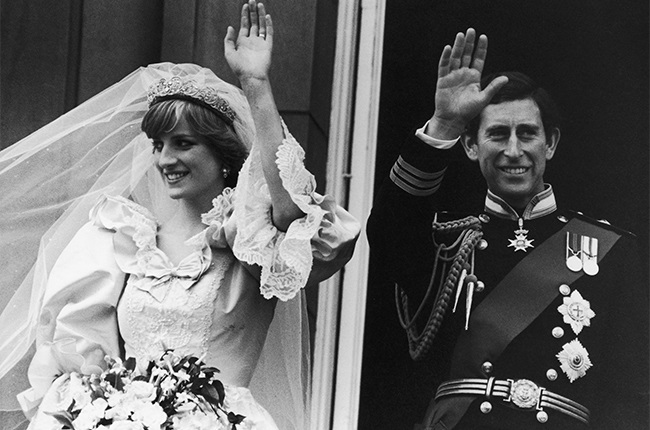 Princess Diana and Prince Charles waving to crowds from the balcony of Buckingham Palace, London after their wedding.
Photo: Fox Photos/Getty Images

Their fairy-tale marriage 40 years ago this month was dubbed the "wedding of the century".

But for Prince Charles and Lady Diana Spencer it would all end in tears, recriminations and tragedy, with the after-effects still being felt by the British royals today.

Presidents and prime ministers as well as the crowned heads of Europe and beyond streamed into St Paul's Cathedral in London on 29 July 1981 for the ceremony, which was watched on television by 750 million people around the world.

Support independent journalism
Subscribe to News24 for just R75 per month to read all our investigative and in-depth journalism. You can cancel any time.
Subscribe
Already a subscriber? Sign in
Next on News24
The cash-for-honours scandal and seedy deals embroiling Prince Charles' foundation

R420k for one Daily Lotto player!
Full list of lottery results
Lockdown For
DAYS
HRS
MINS
Voting Booth
With the Springboks losing their last two matches against Australia, how concerned are you?
Please select an option Oops! Something went wrong, please try again later.
Very concerned! Something is not right ...
59% - 2885 votes
I'm not worried. Every team has a bad game. The Boks will bounce back.
18% - 867 votes
It's too early to tell. Let's see how they go against the All Blacks.
24% - 1176 votes
Previous Results
Podcasts
PODCAST | My Only Story: Teen's suicide reveals shadowy ring of predators at top SA schools