ANALYSIS | An inconvenient truth: The real reason why Africa is not getting vaccinated 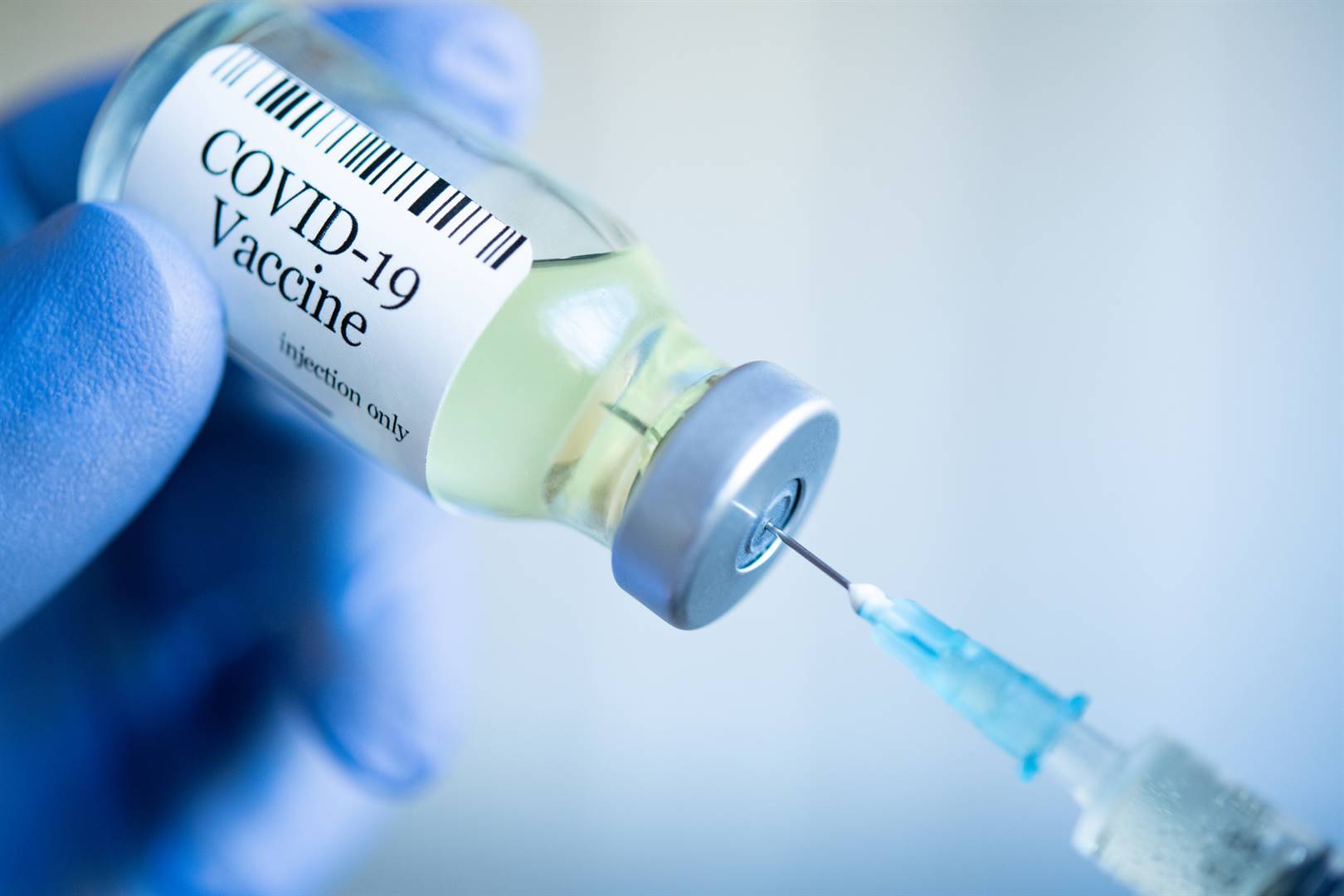 Only 2.5% of the world’s Covid vaccines have gone to African countries, write the authors. Photo: iStock

Pharmaceutical companies like Pfizer have said low vaccine uptake in Africa is due to increasing hesitancy on the continent. But the truth is inequitable distribution of Covid vaccines have left Africa as a vaccine desert, write Tian Johnson, Tom Moultrie, Gregg Gonsalves and Fatima Hassan.

Albert Bourla, the CEO of the US-based pharma giant Pfizer, recently claimed the slow uptake of Covid jabs in Africa is because of vaccine hesitancy, which, he said, would be “way, way higher than the percentage of hesitancy in Europe or in the US or Japan”.

But he conveniently misses the truth. It’s not because people in Africa are hesitant that they’re not getting their shots; it’s because they’re simply not getting stock.

Of the approximately 6.4-billion vaccine doses administered globally so far, only about 2.5% have been in Africa. If we consider that Africa has close to 1.4-billion people, this ratio translates to only a country the size of Ghana being vaccinated on the entire continent.

Bourla’s statements about vaccine hesitancy perpetuates a far too common narrative, grounded in racism and which paints people in Africa as being science shy and resistant towards vaccines and other medical advances. Quite to the contrary, a team of leading researchers reported in Nature Medicine in July this year that Covid vaccine acceptance is higher in several low- and middle-income countries, including a number in Africa, than in richer countries such as the United States (US) and Russia. The results were remarkably consistent across countries, suggesting that people in poorer countries are willing to get their shots – if only vaccines were available to them.

While many African countries are still waiting for supplies, richer countries have in effect  bought up the lot for 2021. The situation is so unequal that the World Health Organisation’s (WHO) director general, Tedros Ghebreyesus, warned already in March this year that the vaccination gap between rich and poor countries would become "more grotesque every day".

The world was not fooled by a media briefing of some of the big pharmaceutical companies on 7 September – the same one where Bourla aired his views – proclaiming they are confident of having enough vaccines for everyone.

The next day, COVAX – the international initiative set up to ensure global access to Covid vaccines – announced a sobering outlook: it had to cut its forecast of deliveries to low-income countries by 25% for 2021–2022  because of a constrained supply chain. This comes on the back of many countries in the North starting to consider rolling out third shots, despite the WHO repeatedly having called for a moratorium on booster shots to first get healthcare workers and the elderly in low-income countries vaccinated.

A call which has thus far been ignored.

The WHO was not impressed either. "[B]ecause manufacturers have prioritised or been legally obliged to fulfil bilateral deals with rich countries willing to pay top dollar, low-income countries have been deprived of the tools to protect their people," Ghebreyesus said at a media briefing the same day.

"I will not stay silent when the companies and countries that control the global supply of vaccines think the world’s poor should be satisfied with leftovers."

A vaccine glut vs a desert: Why we need redistribution of the doses

Although vaccine hesitancy is real, it is shaped by a history of medical research not always having the best interest of participants – especially from minority communities – at heart.

There has been the notorious Tuskegee Syphilis Study, in which infected black men in the US were observed but not treated over four decades. During apartheid, we saw medical experimentation leading to chemical and biological weapon programmes being set up by the South African government to develop substances that could poison, sterilise or kill black people. The roll-out of injectable contraception between the 1950s and the 1970s by then minority, undemocratic governments in South Africa and Zimbabwe raised concerns about these programmes being a mechanism to curb fertility rates among black communities.

And it’s reared its head again recently. Reports that Covid-19 patients at an Arkansas jail were given Ivermectin  – approved for treating parasitic worms, not Covid, and which the US Food and Drug Administration specifically advised against – sparked outrage.

Contrary to Bourla’s "evidence-free" view, the WHO recognises that almost every low-income country has "extensive experience in large-scale vaccination campaigns". Every country in Africa has successfully eradicated smallpox, all but a few have effectively immunised their populations against polio and most are making steady progress in immunising their children against vaccine-preventable childhood diseases.

Many countries in the North are also struggling with vaccine uptake, despite having started their programmes in the first quarter of 2021 already and having ample supplies – because they were allowed to buy them all up and continue to be "priority customers". Pharmaceutical companies do not hesitate to continue to prioritise supplying vaccines to wealthy countries, despite their glut possibly leading to many more than 100-million doses destined to go to waste by the end of 2021 if they are not urgently and equitably redistributed.

Bourla and his ilk clearly do not understand the broader context of how public health is realised in Africa, with their desire to profit driving supply decisions while Africa faces multiple waves of Covid-19 in a vaccine "desert".

A complex history: What’s behind vaccine hesitancy in Africa

We’ve been here before.

During the early years of the Aids crisis, the tardiness in giving Africa affordable and equitable access to antiretroviral (ARV) drugs was laid – unfairly – at Africa’s door.

Scores of people died prematurely, yet then USAID administrator, Andrew Natsios, declared that the agency was opposed to giving Africans ARVs as people "do not know what watches and clocks are" and would not be able to take their medicines at the right time each day.

As a consequence of neocolonial economic and social policies in Africa, fragile health systems impact communities’ access to health services in much of the continent. In this context, African civil society, the private sector and governments grapple daily with the complexity of vaccine hesitancy and work diligently to build vaccine confidence.

But it is more convenient for a fully vaccinated Bourla to glibly cite "hesitancy" as the reason for the low number of vaccinations in Africa than to engage with the ongoing supply crisis and the complexity of historical mistrust, exclusion and inequitable access.

Greed and glut: How rich countries are helping sustain Covid in Africa

Africa will become known as the continent of Covid-19 – not because of vaccine hesitancy but because of the inequity, greed and inaction of pharmaceutical companies and political leaders of the North.

Far from Bourla’s self-serving narrative, Pfizer has not materially contributed to vaccine equity. Instead, for the past year both Pfizer and its German partner BioNTech have refused to share vaccine know-how with other manufacturers around the world.

And not by coincidence, the German government publicly declared their opposition to  a proposal, initially raised by the South African and Indian governments in October 2020, that the World Trade Organisation waive certain conditions of intellectual property rights with regard to Covid technologies.

So far, Pfizer has also not been willing to partner with the WHO’s mRNA hubs being set up around the world – including South Africa – and which could help to supply much-needed additional vaccine doses rapidly.

Rather, the company alone decides which countries it wishes to supply, with how much, by when and at what price – all factors that contribute to a sizeable and lucrative revenue stream for Bourla and his shareholders. But contracts are not transparent and reports of disconcerting indemnity terms and pricing negotiations in supplying vaccines have again highlighted concerns about contractual agreements contributing to "vaccine nationalism".

Bourla cunningly side-stepped the issue of knowledge sharing at the manufacturers' joint press conference. Instead he referred to a recent "deal" with South African biotech firm Biovac, but which – incredulously – is not in any way linked to the first WHO mRNA hub established in South Africa, of which Biovac is a partner.

The "deal" is in fact not a full manufacturing licence, but rather just a "fill and finish" arrangement – the final stages of production during which the product is put into vials, sealed and packaged for shipping. This means the process of mRNA production will remain in Europe and keep Africa dependent, unless a radical shift is seen in holding pharmaceutical companies accountable.

"I’m not sure what the point of transferring technology is … it is going to take years to transfer," he continued. Yet several medicine access advocacy groups, and even the WHO, have laid out realistic plans to establish technology transfer efforts, with far more ambitious timelines than Bourla will admit.

Turning 'hesitancy' into a scapegoat: The moral crime of vaccine hoarding

Bourla’s opinions on (not) sharing knowledge highlight larger structural issues. Rather than big pharma confronting their own complicity in blocking reasonable access to vaccines, "hesitancy" is increasingly made the scapegoat.

And while African countries are waiting for vaccines, which have not been delivered on time or not at all, wealthy countries continue to hoard supplies, some to the point of expiry. Little has come of their promises to donate vaccines to Africa, with the WHO stating that less than 15% of the one billion pledged doses have materialised.

By refusing to treat Covid-19 vaccines and other essential technologies as products for the public good – especially when those technologies were funded by public money – big pharma are sustaining the pandemic in low- and middle-income countries.

It might be naive to expect consciousness, courage or even shame from an industry that has a long history of putting profits before people. But we will not stand by in silence; instead, we will remind them at every opportunity that they will, for generations, be known as those who stood in the way of an end to Covid-19.

The current situation of vaccine inequity and racist tropes being flung about to justify knowledge hoarding and a dire lack of vaccine supplies is sadly shameful. It is also a moral crime.

- This story was produced by theBhekisisa Centre for Health Journalism. Sign up for the newsletter.

We live in a world where facts and fiction get blurred
In times of uncertainty you need journalism you can trust. For 14 free days, you can have access to a world of in-depth analyses, investigative journalism, top opinions and a range of features. Journalism strengthens democracy. Invest in the future today. Thereafter you will be billed R75 per month. You can cancel anytime and if you cancel within 14 days you won't be billed.
Subscribe to News24
Next on News24
FRIDAY BRIEFING | Phala Phala report: The end for Cyril Ramaphosa?