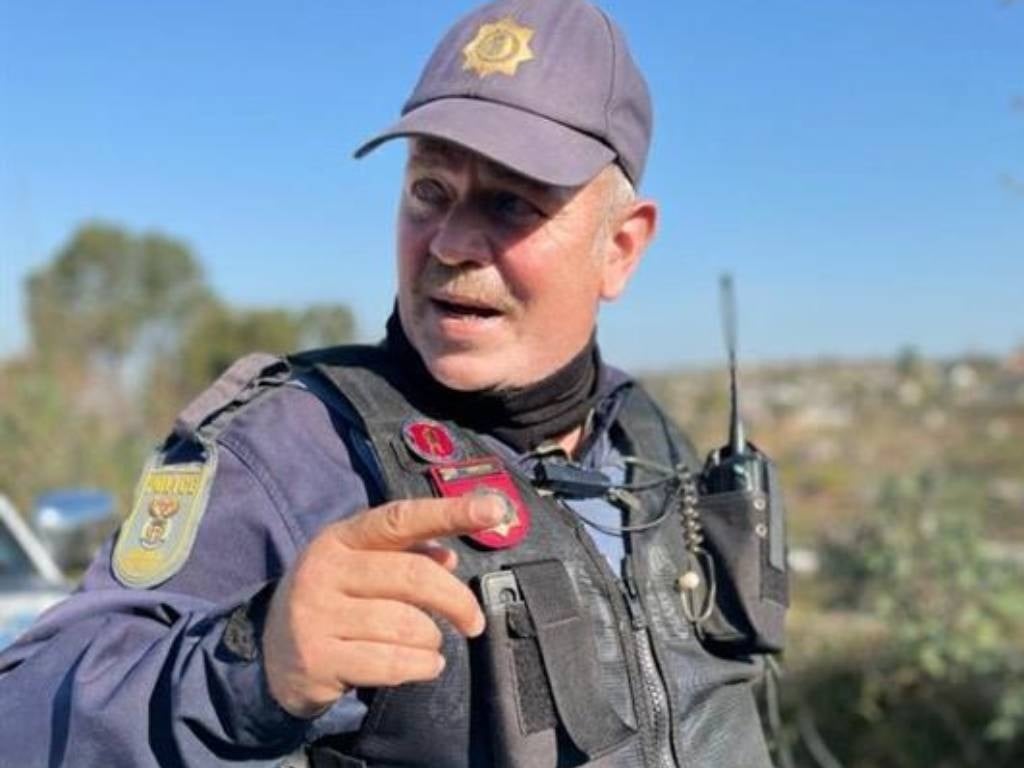 Amid high levels of violent crime, and a climate of widespread disillusionment with police, the violent death of South African Police Service members often results in little public concern or commentary.

According to reports, Jameson was not on duty when he was killed. He was picking up his daughter from her school in Umbilo, Durban when he saw a hijacking in progress.

Jameson reportedly tried to intervene. Seeing that he was armed, the hijackers allegedly opened fire, fatally injuring Jameson, who died at the incident scene.

READ | He 'died a hero': KZN cop killed while intervening in hijacking outside daughter's school

Jameson was one of roughly 800 SAPS members who have been killed, on and off duty, in the last decade.

The statement says that Jameson' died a hero as he died serving and protecting the people of this country' and that 'no effort will be spared to track down' the hijackers who killed him.

It is indeed appropriate to honour the act of self-sacrifice that led to Michael Jameson's death.

Jameson's decision to intervene in the incident is likely to have been influenced by the expectation that police officers must be ready to take action against crime in their presence, whether they are on or off duty.

In SAPS terminology, this is where off-duty members 'place themselves on duty'.

Police regulations provide that they may place themselves on duty when they are off-duty if a crime takes place in their presence. But they provide no clarity about when this is required or expected.

It is widely believed, including within the SAPS, that police who encounter a crime in progress while off duty are expected to intervene.

Few police appear to clearly know exactly what is expected of them in this kind of situation. Some believe that failure to take action if they encounter a crime while off-duty would be a dereliction of duty.

When asked about it, police often defend this as a necessary duty that is integral to policing. Doing away with the practice would negatively impact on public safety, some of them say.

Others feel that it is necessary in relation to public expectations of the police. 'What will people say if the police just stand around and do nothing?' is a typical reply.

Most on-duty killings of police are related to interventions by police, many during robberies or when pursuing robbery suspects.

As Jameson's death highlights, off-duty police may also be killed when intervening in crimes that are taking place.

The idea of police 'placing themselves on duty' when they encounter a crime in progress is not unique to South Africa.

In the 1990s, US policing experts William Geller and Michael Scott, discussed the issue in their book Deadly Force: What We Know. At that time, they said, the responsibilities of off-duty police were widely seen to include 'aggressive intervention' involving 'termination' of the crime and arrest of suspects.

But in the US, it is now widely recognised that police who are off duty, may be at a severe disadvantage compared to on-duty colleagues.

A decade ago, the SAPS acknowledged that off-duty police who intervene in crimes in progress face additional risks.

The 2009 SAPS annual report states that this is because off-duty officers usually do not wear bulletproof vests, and do not enjoy the protection afforded by being in the company of colleagues and are less vigilant than when they are on duty. They are also out of radio contact with other officers.

Given that they are not typically in uniform, they may also be shot by other police if they are mistaken for one of the perpetrators of a crime in progress.

If they have been involved in recreational alcohol use, it may increase the likelihood of errors of judgment during these kinds of incidents.

Linked to recognition of the additional risks involved, in the US and elsewhere it is not expected that off-duty police will necessarily intervene forcefully in these circumstances.

This does not mean that police can disregard what is happening. They should, where possible, secure assistance from on-duty police.

In particular, if their intervention is likely to increase the danger to other people at the scene, they should rather focus on observing the incident so as to be able to be a 'good witness' for investigators and at court.

Use of force guidelines

In 2009 at least the SAPS acknowledged the additional risk involved in interventions by off-duty officers. But the SAPS has apparently never taken steps to clarify questions about the issue.

This is despite the fact that in 2018, Minister of Police Bheki Cele approved use of a force policy which included guidelines that advise SAPS members to exercise discretion when they encounter crimes while off duty.

According to the guidelines, in these situations, SAPS members are required to intervene to prevent the crime and carry out arrests where reasonably possible. However, caution should be exercised in relation to the fact that 'members may be more vulnerable than when they are on duty'.

The guidelines, therefore, instruct off-duty SAPS members to 'only intervene if they have reasonable grounds for believing that they will be able to do so effectively.

Assessment of the situation, the policy says 'should include factors like the officer's personal safety and the safety of his or her family and other bystanders, the presence of cover or concealment, the officer's proficiency with his or her weapon, the danger to others from stray rounds, the number of suspects, the officer's ability to detain the suspect and control the situation, and the availability of support equipment, such as extra ammunition, handcuffs and radio'.'

'If there is or may be more than one suspect and/or the crime involves the use of weapons, it may not be reasonable for the member to intervene,' the guidelines say. 'If the member does not believe that he or she will be able to intervene successfully the members priority should be on observing the situation and calling for assistance from on-duty police.'

Unfortunately, it appears as if the SAPS has chosen to disregard these guidelines, despite the fact that they are part of a policy issued by the Minister. According to one senior government official, this was on the basis that the guidelines are 'not law'.

The additional vulnerability that off-duty police face when they intervene in crimes is one of the drawbacks of this practice.

Linked to the uncertainty as to what their obligations actually are, some police may disregard these situations. But for those who believe they do have a duty to intervene, the implication is that it is necessary for them to be armed while off duty. This, in turn, exacerbates the risks of domestic violence, other off-duty killings, and police suicides.

Another consequence may be that the possibility that they may have to 'put themselves on duty' and put their lives on the line at any time when they are in a public place, contributing to the stress that police face.

Police in South Africa face high levels of stress-related illness. In so far as they have an obligation to put themselves on duty, this may be understood to mean that they are indeed never off-duty, especially in so far as they spend time in publicly accessible places during their non-working hours.

The expectation is, of course, also a burden on the family of police officers. If they accompany him or her in public, they also face the possibility that the police officer may have to intervene, and possibly be killed, if they witness a crime.

An avoidable and unnecessary death?

In the words of Section 205(3) of the Constitution, the responsibilities of SAPS members are to 'protect and secure the inhabitants of the Republic and their property'.

Courage and the willingness to make sacrifices are implied requirements of their jobs. This includes the willingness to pay 'the ultimate price', notably to protect civilians or colleagues who are threatened with death or other serious injury.

Warrant Officer Jameson's actions in response to the hijacking were consistent with this concept of police duty.

At the same time, it is important to ask whether Warrant Officer Jameson should have been expected to intervene in these circumstances.

There are likely to be many examples of situations where police have intervened, while off duty, that have had positive results.

But the expectation that police should intervene in situations of danger should be balanced more clearly by a recognition of the risks involved.

One of the priorities of General Fanie Masemola in his new role as National Commissioner should be to put into operation the use of force guidelines issued by the Minister of Police.

A major motivation for this should be to provide greater clarity to police about the obligation to take action to address crime when they are off duty.

- David Bruce is an independent researcher focusing on violence, policing and public security. This article forms part of work on policing and violence that he is doing on behalf of the Institute for Security Studies.

Disclaimer: News24 encourages freedom of speech and the expression of diverse views. The views of columnists published on News24 are therefore their own and do not necessarily represent the views of News24.
We live in a world where facts and fiction get blurred
In times of uncertainty you need journalism you can trust. For 14 free days, you can have access to a world of in-depth analyses, investigative journalism, top opinions and a range of features. Journalism strengthens democracy. Invest in the future today. Thereafter you will be billed R75 per month. You can cancel anytime and if you cancel within 14 days you won't be billed.
Subscribe to News24
Next on News24
IN-DEPTH | Coalition question: 'They don't care about destabilisation, they just want power' - expert