ANALYSIS | These gun laws saved 30 lives a month in two big cities. Here’s what it could mean for SA 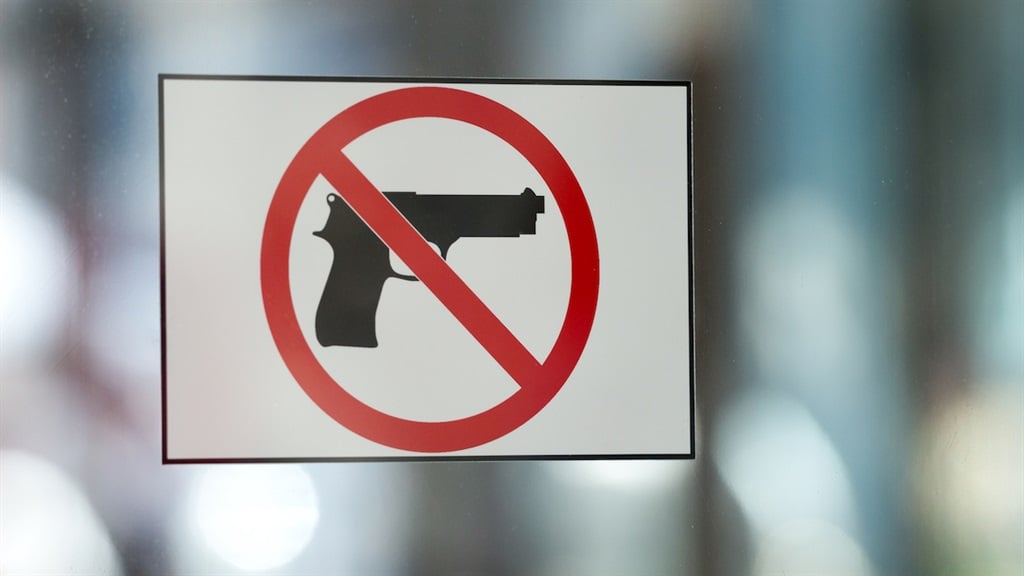 Gun deaths are on the rise again in SA. (Getty)

A recent spate of massacres has reignited the conversation about firearm control. It's an emotional debate, but what does the evidence say about the kind of policies that work to prevent gun violence? Jesse Copelyn examines the issue.

The last time South Africa tightened its gun laws in 2001, fewer bodies ended up in mortuaries with bullet holes. But now, gun deaths are on the rise again (such killings are up by 55% from 2015), the number of women killed by a partner with a gun has stopped declining, and in July, a series of shootings across the country left dozens dead. This has all reignited a fight about whether gun laws should be strengthened once again.

According to an analysis of police data published in August, more than 8 000 people were killed by guns in the country in the 2020/2021 financial year, and among the victims were 100 children.

Where do the criminals' firearms come from?

And when a bullet isn't deadly, treating the injury in hospital requires, on average, about three hours of surgery and close to 10 days in hospital. This is according to a 2017 analysis of orthopaedic cases (when bone surgery is needed) at Groote Schuur Hospital in Cape Town. At the time when the research cases received surgery (2012), this amounted to hospital costs of R25 000 per patient.

At the centre of the debate about whether gun control would save lives is a question that's long divided the country's pro- and anti-gun lobbies: Where do the firearms used by criminals come from?

The answer could lie uncomfortably close to home.

There’s evidence that most of the guns that end up in the underworld are lost or stolen from licensed civilians (people who aren't police or military officers) and private security firms.

As a result, the gun control lobby argues that South Africa needs new rules that will result in a smaller pool of legal firearms so that there are fewer guns that could eventually end up in the hands of criminals.

Last year, the police department proposed a slew of changes to South Africa's firearm regulations that lined up with those demands. It would have made it impossible for ordinary people to apply for a weapon to use in self-defence.

The backlash was immense. The police ministry received over 100 000 comments on the draft laws (mostly from people opposing the bill), and they’re obligated to process each one. Subsequently, the bill was shelved in November 2021.

The pro-gun lobby, which is made up of gun owners, think tanks and political parties, argues that South Africans should have the right to have guns to protect themselves otherwise, they’ll be "at the mercy of criminals" since the police are a "dismal failure".

They reject the claim that legal gun owners are where criminals are getting their weapons from. Instead, they argue that the problem lies with police, who under report how many guns they've lost (which is likely given that it’s not clear that the police are able to track how many firearms they lose). They argue that the rate at which police guns are stolen is 10 times higher than for ordinary civilians (though Africa Check found no evidence of this).

Both the pro- and anti-gun lobbies have been accused of making false claims, but what do we know about the impact of gun laws on violent crime? We break down the evidence.

In 2001, then President Thabo Mbeki signed the Firearms Control Act (FCA) into law, which introduced tighter gun control measures. This included requiring gun applicants to provide detailed motivations for why they needed a gun.

Strict background checks were rolled out as well. This prevented anyone with a history of violent crimes, substance abuse or a criminal record from getting a permit. It also meant that in some cases, people who apply for a gun licence must be cleared by a psychologist, who has to evaluate whether the person could become violent.

These new rules were introduced alongside several other measures implemented in the early 2000s, including a firearms amnesty which allowed illegal gun owners to hand in their weapons without any repercussions, and a series of police operations designed to capture and destroy illegal weapons.

Probably, although there’s no evidence to prove that these things actually caused fewer gun murders, only that the new rules were followed by a drop in gun deaths.

In the late 1990s, deaths from gunshot wounds were, for instance, increasing but they began to drop immediately after the FCA was signed into law, and kept dropping for a decade before ticking up again from 2011.

Plus, research in Cape Town shows that while gun murders fell dramatically in the years after the FCA was rolled out, murder by other means (such as stabbing) was less affected, leading researchers to credit the 2001 law, and other projects such as the firearms amnesty for the decline.

Similarly, researchers found that not only were fewer women murdered following the introduction of the FCA, but of those murders that occurred, far fewer were caused by guns.

And the number of women who died because an intimate partner shot them nearly halved between 1999 and 2009.

But there is one weighty critique to consider: it’s contained in a 178-page report by the University of the Witwatersrand’s School of Governance, which evaluated the impact of the FCA between 2000 and 2014.

One of the report's findings was that although the law was signed in 2001, its provisions only came into effect in 2004, by which time gun murders were already declining. Therefore, the researchers argue, decreasing gun murders can't be pinned on new firearm policies.

However, in an August report funded by the European Union, criminologist Guy Lamb shows that the police started to reject gun permits in greater numbers in 2000 and 2001, even though the legislation only formally came into effect three years later.

He explains to Bhekisisa reporters:

That means it's still likely the law played a role in a drop in gun violence in the early 2000s.

What can South Africa learn from other countries?

The United States (US) accounts for nearly three-quarters of all mass shooting deaths that were recorded in 36 developed nations in the last two decades, a 2022 study shows.

As a result, America's gun laws are among the most studied in the world. Unlike in South Africa, research in the US is actually able to show cause and effect – in many cases, more lenient gun laws actually lead to more murders.

From 2005 onward, rules were introduced across a number of US states to give people firmer legal grounds to shoot an attacker in self-defence. This was supposed to make criminals more nervous to attack.

But research shows the regulations (known as stand-your-ground laws) have done nothing to make people safer or to stop robberies.

In fact, a large body of evidence shows that in states that passed stand-your-ground laws, murders increased significantly compared to states that maintained stricter rules for using firearms.

The reality in the US and South Africa is, however, very different, so it's hard to compare the two countries. But there is a country in South America with similar income levels to South Africa, where the police are often charged with corruption and where violent gangs dominate parts of the nation - Colombia.

There, evidence has shown that when civilians are allowed to carry guns, murder and armed violence increase.

How do researchers know that such laws actually cause deadly crime?

In 2012, two of Colombia's larger cities, Bogotá and Medellín, permanently banned people from carrying guns, while the right to carry a firearm continued in other cities.

A 2020 study showed that although Colombia saw an overall decrease in gun murder after Bogotá and Medellín prohibited people from carrying firearms, the reduction was two times greater in those two cities than in other large metropoles. Up until this point, trends in gun violence between these cities and the other big municipalities had been similar.

Overall, the authors estimate that in Bogotá and Medellín combined, the restriction on the right to carry a gun saves about 30 lives every month.

South Africa's current laws allow citizens (with a permit) to carry guns on their person as long as the weapon is covered, say, in a rucksack or in a holster. This rule is called "concealed carry".

But in a country where violence is often the first resort for dealing with conflict, a well-armed population is worrying, says Richard Matzopoulos, an epidemiologist and director of a team at the South African Medical Research Council that studies the impact of various health problems on the country.

Most murders in South Africa are caused by arguments and misunderstandings between people who don't live in the same house. Matzopoulos argues people's carrying of guns likely plays a role in how deadly these disputes become.

"There will be cases where someone legitimately uses their weapon for self-defence," he says.

But for every one of those cases, there will be several others where a gun is drawn, and an innocent bystander is shot, or a heated dispute that could have been resolved another way becomes fatal.

Matzopoulos is clear: "Taking away people's guns doesn’t necessarily make them less violent; it just makes them less adept at killing one another."

- Jesse Copelyn is a health reporter at Bhekisisa.