Angelo Agrizzi is pulling the plug on Bosasa: Why you should care 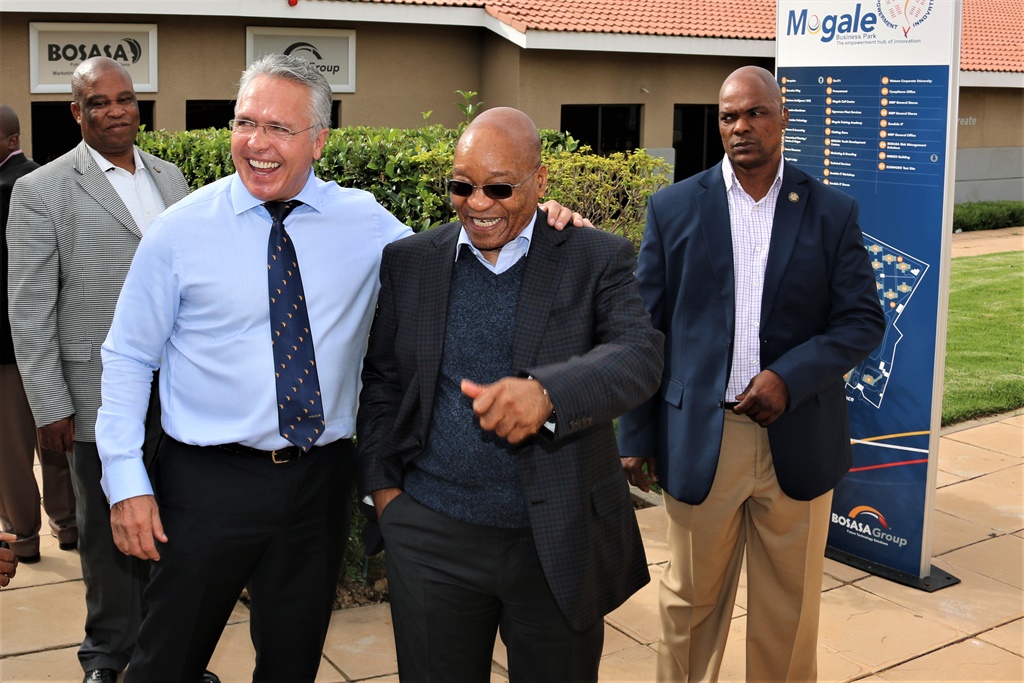 For the first time since its inception the state capture commission of inquiry will this week hear evidence not relating to the Gupta family.

As we all adjust to the new year, the state capture spectacle is set to take centre stage yet again while we race to election day.

But rather than delving straight into another Machiavellian blockbuster starring the brothers Gupta, we are to be regaled with tales from the belly of an altogether different (but surprisingly similar) beast named Bosasa.

READ: Adriaan Basson - Bosasa is the heart of the ANC's darkness

The same basic recipe applies – stacks of cash in exchange for heaps of government contracts, mix well, bake in an oven woven from political connections and serve piping hot.

What makes Bosasa important is that it is another example, albeit far less publicised, of state capture.

On the face of it, the Bosasa story sounds all too familiar – except this time, it is not three brothers from India who found themselves friends to a president, but rather an Eastern Cape businessman with struggle credentials and cronies with no qualms.

His name is Gavin Watson.

Watson has close links to the ANC thanks to struggle credentials that involved the Watson brothers refusing to play for all white rugby teams pre-1994.

Watson was not alone. His right hand man for 17 years was Angelo Agrizzi, a boisterous, flashy Italian with a penchant for fast Ferraris.

A host of other executives, each with their own connections to the political realm joined along the way, opening more doors.

Now Agrizzi is pulling the plug. He is finally going to speak out about his years at Bosasa – the millions allegedly paid in bribes, the covert operations to destroy evidence to keep government investigators in the dark and how a Krugersdorp company that started out providing catering at mine hostels became a billion rand tender machine.

His story is explosive, and will implicate dozens of top government officials at the department of correctional services and justice among others, National Prosecuting Authority officials, members of parliament, ministers and former president Jacob Zuma himself.

Bosasa is a multi-faceted facilities management company based on a five-hectare office park in Krugersdorp. The bulk of Bosasa’s income is and was made from catering contracts for prisons around the country and later fencing for the same prisons, as well as security services, which included CCTV, physical guarding and access control – at courts and prisons throughout South Africa – and our airports through Airports Company South Africa.

It also manages the Lindela Repatriation Centre, a detention centre for foreign nationals awaiting deportation and runs numerous youth centres that reside under the department of social development.

Bosasa’s origins can be traced back to 1999, when it was called Dyambu Holdings. At the time, shareholders of Dyambu included Lindiwe Sisulu, Baleka Mbete, Girlie Pikoli, Nosiviwe Mapisa-Nqakula and Nomvula Mokonyane, News24 understands.

In the beginning, it was a company focused on providing catering at various mines on the West Rand and facilities management has remained the company’s main thrust ever since.

But the company grew into an installer of top-of-the-line security fencing at prisons and courts, security company and CCTV installer.

As the company grew, the list of government contracts grew.

Now, Agrizzi will give us unparalleled insight into the Bosasa world – intrigue, fast cars, cash and shady meetings in upmarket hotels.

It’s a story fit for the big screen. And thanks to the state capture commission, South Africa will have a front row seat.

We live in a world where facts and fiction get blurred
In times of uncertainty you need journalism you can trust. For 14 free days, you can have access to a world of in-depth analyses, investigative journalism, top opinions and a range of features. Journalism strengthens democracy. Invest in the future today. Thereafter you will be billed R75 per month. You can cancel anytime and if you cancel within 14 days you won't be billed.
Subscribe to News24
Next on News24
IN-DEPTH | German tourist shooting: We need 'action, not just words' - expert