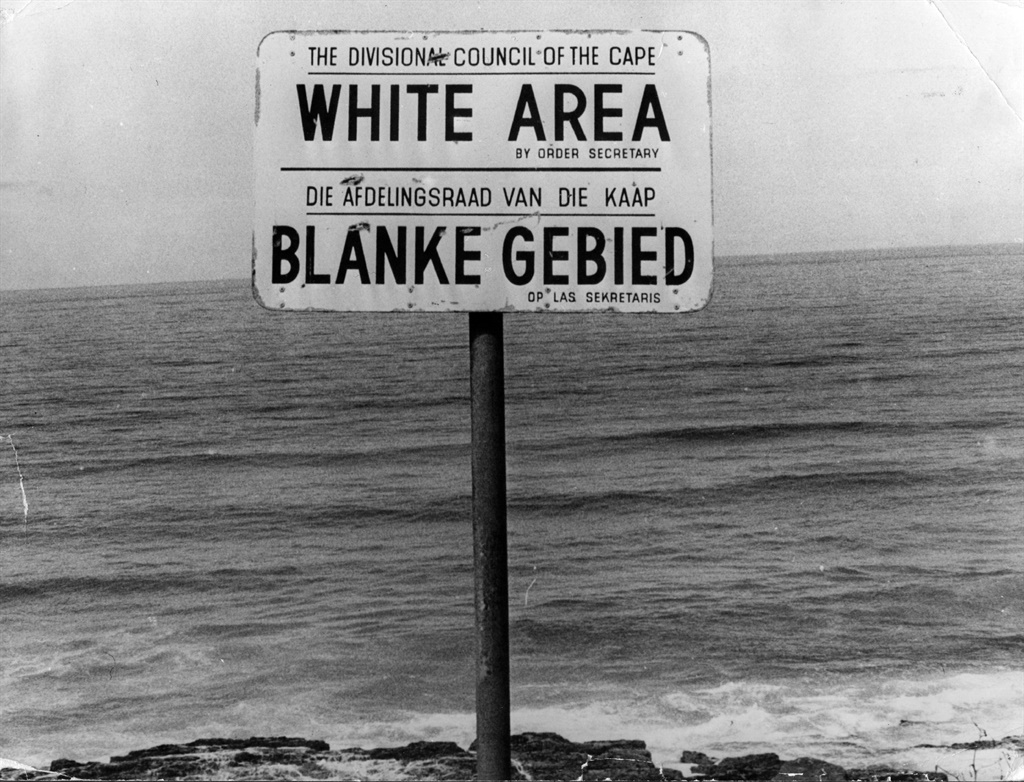 An apartheid notice on a beach near Capetown, denoting the area for whites only. (Photo by Keystone/Getty Images)
DA federal chairperson Helen Zille sparked a Twitter debate on Sunday when she tweeted that South Africa now has more racist laws than under apartheid.

Constitutional law experts, and a Nelson Mandela Foundation researcher, however, said apartheid legislation cannot be compared to democratic-era legislation as the former was designed to exclude, exploit and oppress the majority.

Constitutional law expert Elmien du Plessis said today race is occasionally used in legislation to undo the discrimination caused during apartheid, but cannot be used to oppress any race in terms of the Constitution.

Du Plessis, therefore, believes that there are much less race-based laws in South Africa than under apartheid, but added that she does not know which "racist laws" Zille might have been referring to. Zille did not respond to a request for comment.

Race-based laws under apartheid, among others, included:

University of Pretoria public law professor Bernard Bekink said to the best of his knowledge, the only legislation currently making use of race in South Africa is:

Bekink said article nine of the Constitution is pretty clear that no South African may be discriminated against on the basis of race or sex, unless "discrimination is fair" such as trying to undo the legacy of apartheid.

"The big difference between apartheid legislation and democratic legislation, is that all legislation has to be tested against the Constitution which enshrines human rights," Bekink told News24.

"If any legislation discriminates, it has to be proved that it is necessary to improve equality or it will be ruled unconstitutional."

He said a situation such as apartheid repeating itself, where people's movement, relationships and even occupations are regulated in terms of race, is, therefore, highly unlikely.

Du Plessis said the contentious issue of land reform does not make use of race, and even white South Africans have placed successful land claims in terms of it.

"Today laws exist to undo the horrid legacy of apartheid, and tweets such as Helen’s undo the progressive work many are doing towards racial reconciliation in this country," Nqaba told News24.

Du Plessis said there exists space to debate whether the "redress" legislation introduced since the end of apartheid, such as BBBEE, has the desired outcomes, but when someone uses "derogatory language" they take the risk of closing down the debate.

"For example, an oversimplification of the issue will not bring anyone closer to a meaningful conversation with doable solutions," Du Plessis said.

We live in a world where facts and fiction get blurred
In times of uncertainty you need journalism you can trust. For 14 free days, you can have access to a world of in-depth analyses, investigative journalism, top opinions and a range of features. Journalism strengthens democracy. Invest in the future today. Thereafter you will be billed R75 per month. You can cancel anytime and if you cancel within 14 days you won't be billed.
Subscribe to News24
Related Links
SATURDAY PROFILE | Herman Mashaba: If what Helen Zille is saying is true, 'she is complicit'
Zille: DA congress will only elect a leader - and not deal with policy issues
OPINION: Populist antics of Steenhuisen is reflective of destructive nature of his predecessor Zille
Next on News24
ANALYSIS | Decriminalising sex work can protect sex workers – and everybody else – from GBV