OPINION | River Club development: LLPT cannot buy the truth even though they continue to try 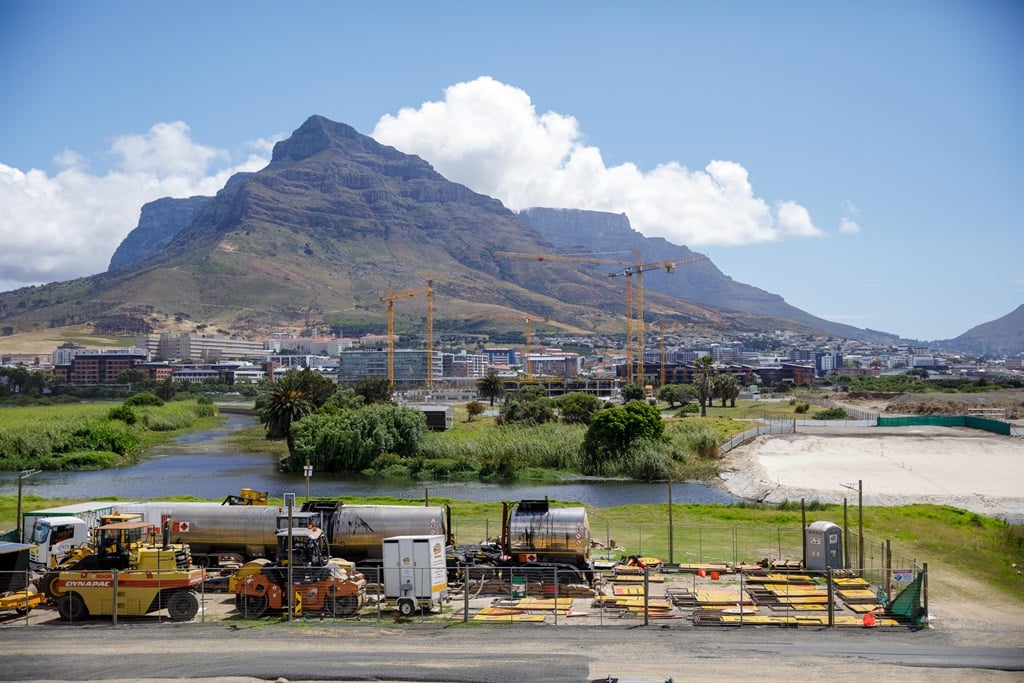 A general view of the current state of the disputed River Club Redevelopment.
ER Lombard

Leslie London and Tauriq Jenkins respond to claims made by Liesbeek Leisure Properties Trust after they placed several sponsored content articles in various publications in Cape Town and on News24.

The Liesbeek Leisure Properties Trust (LLPT) has repeatedly used its economic power to buy advertorial space in various newspapers in Cape Town and on News24 to misrepresent the applicants in our court challenge against the River Club development. We set the record straight by providing you with facts, not falsities.

Firstly, the majority of Khoi and San leaders in the Cape Peninsula do not support the development. Our supplementary papers contain affidavits from 16 Khoi and San councils and organisations (17 affidavits) that confirm that they neither support the development, nor were they consulted by the developers in the charade perpetrated by their heritage consultant, who was supposed to identify the intangible heritage of the River Club site but instead created a divisive report that was designed to allow a pre-determined development concept to proceed.

These affidavits outline in detail the spiritual and historical connection of indigenous people to the land, the river and views of the mountain that will be destroyed by a dense concentration of 18 buildings on the site, some up to 50 meters tall. These are not vague and open-ended claims as asserted by the LLPT but are affidavits from credible Khoi leaders who do not accept that the LLPT and its small group of Khoi supporters can speak for them.

Indeed, the LLPT still appears to dispute the site is sacred at all, when all 17 affidavits confirm the site is sacred – as does the mayor of Cape Town and, indeed, Judge Goliath when she noted, "It is not disputed that the confluence of the Liesbeek River and Black River, as well as the broader TRUP area have high cultural value of historical, cultural, social, aesthetic, architectural, political, scientific and environmental significance." Even the heritage consultant employed by the LLPT wrote in a report co-authored on the Two Rivers Urban Park protohistory in 2015 that "the present day wetland at the confluence of the Liesbeek and Black Rivers, with the small area of high ground occupied by the Royal Observatory and the River Club, amount to the last surviving elements of this historical landscape" which should be nominated for provincial heritage status and was of 'special significance.'

Secondly, the claim that Cape Peninsula Khoi and San groups are at risk of losing opportunities to memorialise and celebrate their cultural heritage is hugely hypocritical, considered the fact that the LLPT persistently resisted provincial heritage grading by Heritage Western Cape by appealing their provisional protection order in 2018, and similarly refused to cooperate with the South African Heritage Resources Agency when it attempted a site visit to initiate the process of grading for national heritage status in 2021.

It should not escape readers that, had the LLPT been less obstructive and had rather cooperated with heritage authorities, the establishment of the site as a heritage resource would have opened the door to much more than a memorial, but rather a fulsome affirmation of the living heritage of the riverine valley.

The idea that a memorial or cultural centre can substitute for permanent loss of the intangible heritage of the site was roundly rejected by Khoi leaders during the Heritage Appeal Tribunal and by Heritage Western Cape when it determined that the developer's Heritage Impact Assessment failed to meet the requirements of the law. Put simply, "a 'memorial'/'museum' and recreated river courses are inadequate in commemorating the significance of the site and appear to be designed to create meaning rather than attempt to enhance identified heritage significances."

Thirdly, according to City officials, the proposal promised by the developers actually reduces net open space on the site. And the claim to provide affordable housing should be seen in context as only 4% of the development footprint.

The late head of Urban Planning at UCT, Vanessa Watson, noted that even this claim was likely to be vastly over-inflated and that the units would have to be tiny and very basic to justify the possible rental or bond amounts regarded as targeting the 'inclusionary' market. The more likely outcome was that more expensive units will be provided which will by-pass the gap market, as has been the case elsewhere.

Fourthly, the LLPT repeat the fiction about highly polluted rivers. It is becoming tiresome to remind them that the City commissioned a study in 2020 which showed the Liesbeek was the least polluted urban river in Cape Town. Whereas the Black River is severely impacted, nothing about the River Club development will improve the quality of the water in the Black River.

If anything, the development will aggravate sewage discharge into the Black River because funding raised through the development levy for this project has been diverted to pay for the Berkeley Road extension, leaving the much-needed upgrading of the Athlone Wastewater Treatment works without earmarked funding, despite approval from City engineers for the River Club development being contingent on upgrading of sewage processing capacity at Athlone.

Courts are obliged to ensure executive decisions are rational

The LLPT have claimed their approach to the Supreme Court of Appeal is based on foundational principles of law. However, it is bizarre that they should seek to elevate the notion of separation of powers as a basis to exclude the courts from determining when there is an urgent threat of irreparable harm.

To claim the "separation of powers" when the City and provincial governments have been delinquent in decision-making is to join a long list of duplicitous government officials, politicians and those who stand to benefit from flawed government decision-making who tell the courts to back off.

In contrast, retired Judge Denis Davis has confirmed that "… the doctrine of separation of powers does not mean that a court is impotent when faced with a constitutional challenge to a decision of the executive." Rather, our courts are obliged to ensure that decisions taken by the executive are rational. That is why the Constitutional Court has held President Zuma accountable even though he attempted to invoke this argument of separation of powers in his trial for refusing to testify to the Zondo Commission.

If the doctrine of separation of powers does not prevent a court from interrogating a decision of the President for lack of rationality, why does the LLPT think the City and Province are exempt when the approvals for their development are under scrutiny?

Potential to heal our country

Lastly, the LLPT would like us to believe that sustainable development is what they have bought in the form of sophisticated expert reports that justify the destruction of a sensitive floodplain for economic gain. But the National Environmental Management Act frames sustainable development as "the integration of social, economic and environmental factors into planning, implementation and decision-making to ensure that development serves present and future generations."

City officials raised concerns about flooding, biodiversity threats and loss of climate resilience in the future but were overridden by their planning officials and politicians seeking short-term economic benefits.

The Goringhaicona Khoi Khoin Indigenous Council submission on the Heritage Impact Assessment for the River Club in 2019 noted that the River Club is the ground zero precinct from which restitution, reparation, conciliation and healing of intergenerational trauma will flow.

Of the site's many important attributes, a critical one is its potential to heal our nation. Its symbolic power is a manifestation of a history we should all celebrate. Once this valley is gone, buried under concrete, there is no recovery of living heritage. Future generations will surely thank us for fighting for sustainable development in the face of greedy profiteering.

- Leslie London is with the Observatory Civic Association and Tauriq Jenkins is with the Goringhaicona Khoi Khoin Indigenous Traditional Council.