Mandy Wiener: A lesson in a lack of leadership - what Motshekga taught pupils this weekend 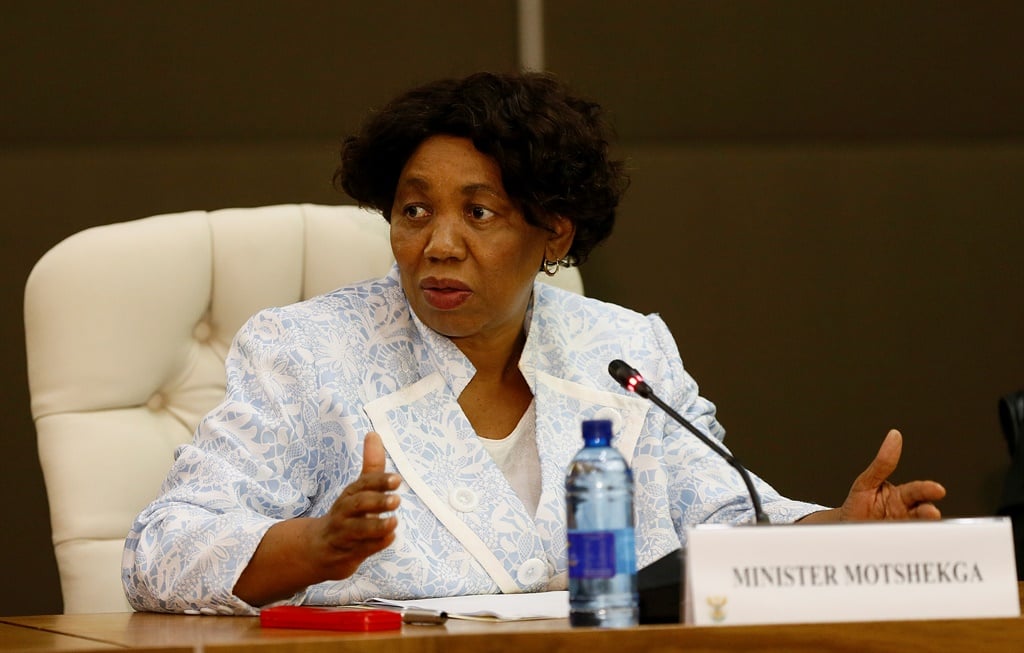 A failure to show control, order and clear authority is a lesson in how not to lead in a time of crisis, writes Mandy Wiener about Basic Education Minister Angie Motshekga's chaotic leadership.

We find ourselves in an unprecedented time of confusion as humanity. We are dealing with circumstances we have not planned for and few of us foresaw.

This means trying to navigate our way through the dense fog with very little light to guide us.

Unfortunately, this means that we have to follow the leader that is holding the flickering lamp so that we can carefully pick our way to safety.

Children are feeling the anxiety of this unknown on an amplified level. They are out of their routines, grappling with concepts and ideas that they can’t comprehend, and they too are relying on authority now more than ever. Our fate is being decided by those who hold the power and they need to show us the way.

This is why on Sunday night, Basic Education Minister Angie Motshekga’s eleventh hour abandonment was felt so harshly. Across the country, hundreds of thousands of Grade 12 and Grade 7 pupils were preparing to return to school on Monday morning.

They and their parents would already have been battling with the anguish of whether they would be safe or not. Others would have been bottling up the excitement of a return to normal and seeing their friends and socializing again.

All this, only to be told at the very last minute that the reopening of schools would be delayed by a week.

In some circumstances, parents had already dropped their children at boarding schools in different provinces and were unsure whether to return home or not. They found themselves in a worrisome limbo which exacerbated their nerves.

Since the opaque school regulations were published on Friday night last week, there has been a sense of chaos. Private schools which had put measures in place for several grades to return to school on Monday were left scrambling, trying to decipher the hieroglyphics in the regulations. Who did the regulations apply to? What about the grades that weren’t mentioned? Can they return or not?

Clarity is what was needed. Clear communication relayed in a simple, clean way.

Instead, more confusing media statements were released over the weekend by a barely accessible communications liaison team. The Minister was holed up in crisis meetings, trying to resolve the sticky problems at the last minute, literally as the clock ticked down to the school bell on Monday morning.

In the absence of clear direction from the Minister, each school had to take it upon themselves to send out communication to parents. In some instances, schools had to issue two or three letters in a matter of a few hours giving contradictory instructions.

Many were anxiously awaiting the Minister’s 6pm briefing on a Sunday night desperate for her to shine some light through the fog. Instead, she chose to postpone the address until 11am on Monday morning and when she did speak, she said very little at all.

In short - not all schools were ready to open. The sector needed more time to get all schools on board. PPE hadn’t been delivered to all of them. Over 3000 schools did not have proper water and sanitation to open during a pandemic. A blanket opening was just not possible.

Now I’m not for one moment saying schools should have opened whether they were ready or not. Definitely not. If we are sending kids back out into the world, schools have to make absolutely sure that all measures and protocols are in place. They are being entrusted with young lives.

But they have had several months to prepare now. That was the point of flattening the curve and the lockdown - to have time to prepare. Yet many schools did not receive protective equipment on time and didn’t have measures in place to allow for kids to safely return.

A failure to show control, order and clear authority is a lesson in how not to lead in a time of crisis. The Minister's chaotic leadership has exposed her at a time when she was truly being tested.

It didn’t take long before the name of her mentee and successor in waiting, Gauteng Education MEC Panyaza Lesufi, was being whispered.

She was "very, very sorry" and admitted "we communicated, unfortunately, quite late".

In the age of social media and when you are speaking to the youth of the country, a Facebook Live or Insta Live on Sunday night explaining in accessible language to pupils what was going on would have gone a long way to allaying fears.

But that would have taken innovation and ingenuity which is clearly lacking from the strategy.

This crisis has also highlighted the existing failures of government in the education sector. The fact that 3 126 schools need to "be attended to for water supply" is shocking.

It should not have to take a crisis or a pandemic to spur government into action and provide for schools that do not have running water or working toilets.

How is it acceptable that over 3 000 schools in South Africa do not have regular supply of running water in 2020?

The Department of Water and Sanitation said last month that it is rolling out a project called "The Brown Revolution" to ensure children learn in clean environments.

We are far beyond a revolution now.

Motshekga has an enormous responsibility to ensure the safe education of the country's children. She must not forget that they are also watching how their leaders act in this time of crisis.

They are learning life skills for a new era.

At a time when they are feeling fearful and lost and searching for direction, a lesson in strong leadership could be as valuable as those they will learn in the classroom when they do finally return.

Disclaimer: News24 encourages freedom of speech and the expression of diverse views.The views of columnists published on News24 are therefore their own and do not necessarily represent the views of News24.
We live in a world where facts and fiction get blurred
In times of uncertainty you need journalism you can trust. For 14 free days, you can have access to a world of in-depth analyses, investigative journalism, top opinions and a range of features. Journalism strengthens democracy. Invest in the future today. Thereafter you will be billed R75 per month. You can cancel anytime and if you cancel within 14 days you won't be billed.
Subscribe to News24
Related Links
Mandy Wiener: To school or not to school, this is the guilt laden question
Mandy Wiener: Civil disobedience and government’s crisis of legitimacy
Mandy Wiener: It’s all about trust, baby!
Next on News24
Mandy Wiener | A Babita Deokaran Act? We need new whistleblower legislation