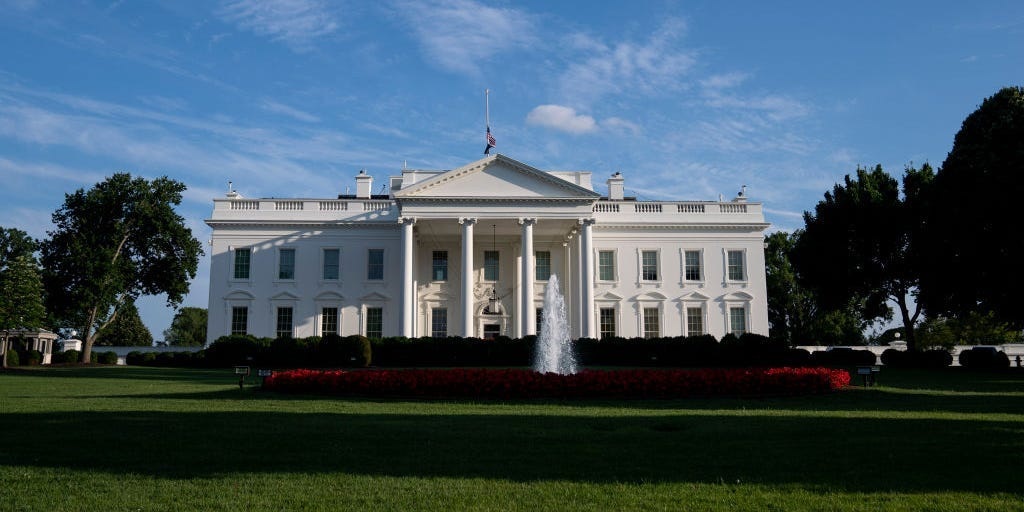 The United States is so desperate regarding its current position in the world that it is grasping at straws on the international stage to try and show up Russia, argues the author.
Sarah Silbiger/Getty Images

Oscar van Heerden writes that in light of global developments, South Africa must remain committed to Brics and continue to participate in shaping a new world order - one where there is no superpower hegemon but a world of equals.

Why empires fail and collapse is a topic that I'm sure we could discuss to no end.

Literature can assist us in shaping our understanding of why nations fail, such as the book by Daron Acemoglu and James A. Robinson with the same title. Author Niall Ferguson is also at pains to assist in our understanding of this fascinating phenomenon. He has written books such as Civilisation, the West and the rest as well as The end of the liberal order and my personal favourite, The great degeneration, in which he demonstrates how institutions decay and economies die.

I argue that this is the catastrophic path the West is currently on. The period of enlightenment educates us that we must at all times be rational, calm and objective, especially in matters of state, and yet we are observing these principles not being adhered to. Why?

The United States is so desperate regarding its current position in the world that it is grasping at straws on the international stage to try and show up Russia. It is mobilising the General Assembly of the United Nations to cast a vote condemning Russia and to call for Russia to be held accountable for reparations for the war and destruction in Ukraine.

No doubt the US exerted the necessary pressure on smaller nations to vote with them on this silly resolution. I say silly because the whole world knows the hypocrisy embedded in such a resolution.

Where was the General Assembly when the United States bombed, destroyed and killed hundreds of thousands of civilians (women and children included) in Libya, Syria, Afghanistan, Iraq, and Somalia? And this is just over the last 20 years or so. And before any person comes with the "whataboutism" argument, which I have decided is most opportunistic and convenient to many who simply want to turn a blind eye to these atrocities and say confidently post facto that they were against those wars too. And yet we never saw a resolution in the General Assembly calling on the US to be held accountable? To pay for reparations to the many families and to those countries that still lie in ruins. Or is it because the lives of those global citizens in that part of the world are far less valuable than that of fellow Europeans such as Ukrainians?

And it doesn't stop there. The US now also requested that the G20 grouping condemn Russia's actions in Ukraine, setting a terrible precedent for the future.

It seems to me that the West can already see that peace negotiations are on the horizon since Ukraine is definitely losing this war. It's already asking for massive amounts of money to bail them out of bankruptcy, as well as the fact that more than half the country is currently in darkness with no hope of fixing the electricity and water supply in time for the coming harsh winter. As such, they are acutely aware that with such negotiations, the small matter of Russian assets will be squarely on the table.

The frozen foreign reserves of the Russian central bank, the frozen assets of many individual Russians from politicians to private citizens, and we are talking of billions of Euros, which I suspect Europe and the US don’t want to give back hence these silly resolutions all over the show.

The G20 chairperson rightfully called for a world order encompassing multilateralism, cooperation, economic development for mutual benefit and not only in the interest of the few (G7). This call comes as opposed to the current world order in which the military of the West, central banks of the West and international instruments of the West (World Bank, IMF and WTO) all serve to preserve a unipolar world in which the West are the only arbiters of the rules-based system. It's our way or no way whatsoever, and we are prepared to go to war for it, by the way.

The fact of the matter is that Europe, Nato and the US (the collective West) has significantly modernised, progressed and industrialised in this world on the back of slavery, and then came colonialism and globalisation.

After the Second World War, the collective West thrived on cheap energy (gas and oil) from Russia, and Saudi Arabia among others. They thrived on cheap labour (for manufacturing), particularly from China and the Far East, though not exclusively. And, finally, in no small measure, the fact that the US could dictate post the devastation of the Second World War, that the international reserve currency must be the US dollar, giving them an exclusive right to print money whenever they needed it, and there's nothing anyone could do but to fall in line.

Buying oil and gas with the ruble

This dominance of the US dollar came into sharp focus when Russia, post-sanctions, insisted that anyone buying Russian oil and gas must buy with the Russian currency, the ruble. Which many countries immediately agreed to do, which for the first time then meant that the "petrodollar" days were coming to an end.

Furthermore, we observe serious trends of massive buying of gold throughout the world by many central banks, including from the West. It's as if they already know that the days of the US dollar hitting the guitar strings and everyone else simply dancing to the tune has come to pass. It's just a matter of time, and dare I say, even the Federal Reserve in the US understands this reality.

READ | Oscar van Heerden: The war in Ukraine and the changing axes

In short, the West prefer this rules-based order in which they remain the dictators of world affairs through their central banks and, of course, their military and economic might. We have seen time and time again where they are prepared to use such might to sustain this bankrupt world order. This is what so many nation-states are rejecting, in particular, China, Russia, India, Brazil, South Africa, Saudi Arabia, Algeria, Argentina and many others.

Where might you ask does it leave South Africa? Well, the West has not left us with many choices since they insist this is a "them and us" matter. You thus must choose, or else.

We've seen the terrorist act that killed eight people and wounded dozens more in Istanbul, Turkey. Allegedly the People's Defense Units (YPG) and the Kurdistan Workers' Party (PKK) took responsibility for this garish cowardice act. Afterwards, the Turkish government refused to accept messages of support and condolences from the US Embassy in Istanbul. One must ask the question, why is that?

We were also recently informed by the US Embassy in Pretoria of possible terrorist acts in Sandton and elsewhere in Mzansi. What to make of all this? Why now all of a sudden? Can we expect similar terror attacks on our citizens?

As for our Brics membership and the possible expansion thereof, we must remain committed to the grouping and continue to participate in shaping a new world order. One where there is no superpower hegemon but a world of equals. A world where one currency no longer dictates global financial affairs but one where commodities dictate the strength of one's currency. A world where multilateralism, co-operation and economic development for mutual benefit is the order of the day.

Ferguson tells us that "if the financial system has a defect, it is that it reflects and magnifies what we human beings are like. Money amplifies our tendency to overreact, to swing from exuberance when things are going well to deep depression when they go wrong. Booms and busts are products, at root, of our emotional volatility."

In other words, the West must grow up and accept that their time is over and start interacting with others with respect, maturity and mutual benefit. Stop being the bully and start being a partner.

We live in a world where facts and fiction get blurred
In times of uncertainty you need journalism you can trust. For 14 free days, you can have access to a world of in-depth analyses, investigative journalism, top opinions and a range of features. Journalism strengthens democracy. Invest in the future today. Thereafter you will be billed R75 per month. You can cancel anytime and if you cancel within 14 days you won't be billed.
Subscribe to News24
Next on News24
Oscar van Heerden | We need to push the reset button if we want SA to make it