Kompromat: Why Malusi Gigaba should resign 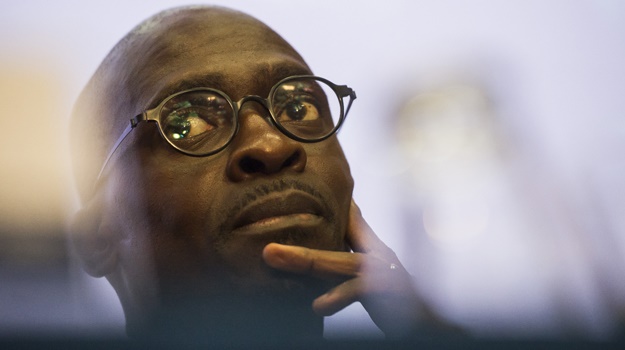 In the Netflix drama Bodyguard, the series that's all the rage in Britain at the moment (and currently streaming in South Africa), the protagonist investigates the use of "kompromat" against political figures in a fictitious British government.

Not to give too much away for those who still want to see it, but "kompromat" features strongly throughout the six episodes and although not all of it is of a sexual nature, the hero of the show is also targeted by "kompromat" which involves sex that he shouldn't be having.

According to the Oxford English dictionary the word "kompromat" is an abbreviation of a Russian word that refers to "compromising information collected for use in blackmailing, discrediting, or manipulating someone, typically for political purposes".

During the Cold War "kompromat" was often used to blackmail Western politicians, most notably in the United Kingdom, where stories abound of MPs and Cabinet ministers ensnared in honey traps and forced to bend to the will of those who held audio recordings or picture negatives of secret meetings or illicit trysts.

Malusi Gigaba, minister of home affairs, might not be the victim of a classic honey trap where the principal target is felled by seduction, but there seems to be enough "kompromat" going around to make him a liability to the nascent Ramaphosa government.

The fact that Gigaba made a sexual video is not the issue. The fact that he made it and then let it fall into the wrong hands though, is, because it has opened him up to extortion and blackmail, as he admitted in his series of tweets on Sunday morning. His spokesperson Vuyo Mkhize later explained that two people first wanted money from Gigaba and later demanded that he use his influence to facilitate business deals.

This all happened during his brief tenure as Minister of Finance between April 2017 and February 2018, an extremely turbulent period where then-president Jacob Zuma effected a clean-out of the top leadership at National Treasury and a time when Gigaba was supposed to try and stabilise the country's finances.

This is not to say that Gigaba should have abstained from sex during that period, merely to illustrate that it is enormously problematic to have a finance minister opening himself up to being blackmailed in this way.

Mkhize said the minister paid no heed to demands of money or influence, but how can the South African public be sure? How can the public be certain that Gigaba, who has led a colourful personal life, did not let the nature of the "kompromat" influence access, policy or procurement, for example? Ministers of state, let alone the Minister of Finance, need to ensure that they are never put in positions which could threaten the integrity of government. And the Gigaba video has certainly done so.

The inspector-general of intelligence has confirmed that it is investigating Gigaba's claim that his phone was hacked. But investigations need to go wider, and the Cabinet secretary at the very least needs to receive a full report from Gigaba into events surrounding his blackmailing and extortion. Such a report must also include clear details about demands made to Gigaba, specifically how the blackmailers wanted the finance minister to use his position to their advantage.

Gigaba is not an asset to this government. He is a liability. His name crops up 43 times in Betrayal of the Promise, an academic report into state capture, in which he is cast as an enabler of state capture.

His tenure as Minister of Public Enterprises is believed to coincide with the Guptas' foray onto the boards of various state-owned enterprises, which was the source of great wealth for the family. He was also on friendly terms with the them, visiting their home in Saxonwold during traditional Indian festivities, while the department of home affairs during his previous stint there helped the Guptas obtain citizenship, visas and residency permits. This is now the subject of a parliamentary investigation.

To crown it all the High Court has found that Gigaba is a liar and that he deliberately told "untruths" under oath during a matter before the court last year. Judge Neil Tuchten said of Gigaba: "The minister has committed a breach of the Constitution so serious that I could characterise it as a violation." (Gigaba lodged an appeal at the Constitutional Court after the Supreme Court of Appeal rejected it.)

His historic and continued proximity to the Guptas, his management of the departments of public enterprises and home affairs, the crippling High Court judgment and the blackmailing incident however makes him unfit to be a member of this country's executive.

Gigaba must resign. But he won't, of course. He is much too ambitious and self-involved to do that. "Kompromat" or not.

We live in a world where facts and fiction get blurred
In times of uncertainty you need journalism you can trust. For 14 free days, you can have access to a world of in-depth analyses, investigative journalism, top opinions and a range of features. Journalism strengthens democracy. Invest in the future today. Thereafter you will be billed R75 per month. You can cancel anytime and if you cancel within 14 days you won't be billed.
Subscribe to News24
Next on News24
Pieter du Toit | Dead hand of the state: The ANC clings to failed ideologies as SA's slide accelerates