For us Africans, the 2010 FIFA World Cup confirmed football was the opiate of the masses, a gigantic non-denominational religion. 2010 chief communications officer Rich Mkhondo reflects on the tournament 10 years later.

Exactly 10 years ago today, South Africa proved that soccer, football, can be the unifier, pacifier, guiding light and an invisible link that ties communities across the world together.

After six years of preparations, when South Africa played Mexico in the first match, our Rainbow Nation proved that you can live it, live through it, or make a living from it, but it is impossible to underestimate the power of football, the major mover and shaker that totally captivates the rest of the globe.

For us Africans, the 2010 FIFA World Cup confirmed football was the opiate of the masses, a gigantic non-denominational religion.

As we chanted, "Feel it. It is here", it was here to prove that like no other sport in the history of mankind, soccer can unite an entire country to speak as one; that this round ball can elicit incredible emotions, even bring competing nations together.

There was non-stop breath-taking excitement that dwarfed anything else. Could that be the reason why more than a billion people live and breathe this sport?

Lest we forget that it was not easy for our country to finally host the first of the 32 games. Facing negative perceptions about the crime rate, particularly in the sprawling poor neighbourhoods, whether the stadiums will be completed on time and whether the nation should expect a financial windfall from hosting the world's most popular sports tournament, detractors were galore. The gloom and doom brigade were at work. Who can forget the conspiracy theories that our country was full of venomous snakes and predictions that there will be an earthquake on our shores during the World Cup.

There were jitters about airports that still needed to be remodelled, hotels still to be built, rail lines laid, ambitious stadiums constructed in different cities and whether the soccer fans would be safe.

Soccer can divide and unite

A few months ahead of the tournament, there were groans about expected soaring travel and hotel costs, exorbitant food and beverage prices.

These perceptions haunted us until the first whistle on 11 June 2010 and in some cases until the final whistle 30 days later.

This was not surprising. As a global secular religion, soccer can divide and unite. For example, security was a vital issue ahead of and during any major sporting event.

Ahead of the tournament, however, the government made a conscious decision to make sure policing would be intensified and crime would be nullified.

In 2004, the police launched a recruitment drive which saw around 55 000 new members by 2010. Civil society also got involved. As a direct result, there were no serious or violent crimes against visitors reported during the World Cup.

Two years before kick-off, South Africa became one of the first countries to introduce SMSes (text messages) for crime tip-offs and the world followed. We also introduced effective 24-hour courts to deal with World Cup-related crimes.

We did not expect both local and international media and even commentators to start off as praise singers (imbongis), but we did expect the media to report objectively.

From my perspective, we were in the business of creating informed opinions, and as a result of that, deliver the tournament.

It meant defining a better understanding of what our objectives were and what the sceptics were trying to accomplish; or coming up with answers to the negative perceptions.

Past international experience taught us that major international events often presented a temptation for criminals to commit crime or terrorists to carry out their evil acts. We were steadfast in our security plans and were never distracted in our cause. Any type of deviant behaviour be it criminality or talks of terrorism were dealt with swiftly and with no mercy.

As chief communications officer, I was never in the habit of responding to unsubstantiated reports and comments by faceless and spineless persons. However, within hours of receiving any rumoured threat, we worked with the police to immediately unleash our intelligence to identify the credibility of such reports.

Our preparations were both proactively and reactively undertaken to overcome any such potential threats.

Of course, at the end, South Africa faced a total cost of R8.352 billion for the construction of five new stadia and the renovation of a further five for the tournament. The cost was over three-and-a-half times higher than the R2.3 billion estimates made in 2004 when we won our bid to become the first African host of the World Cup tournament. However, every single stadium was ready and met international approval and on time. 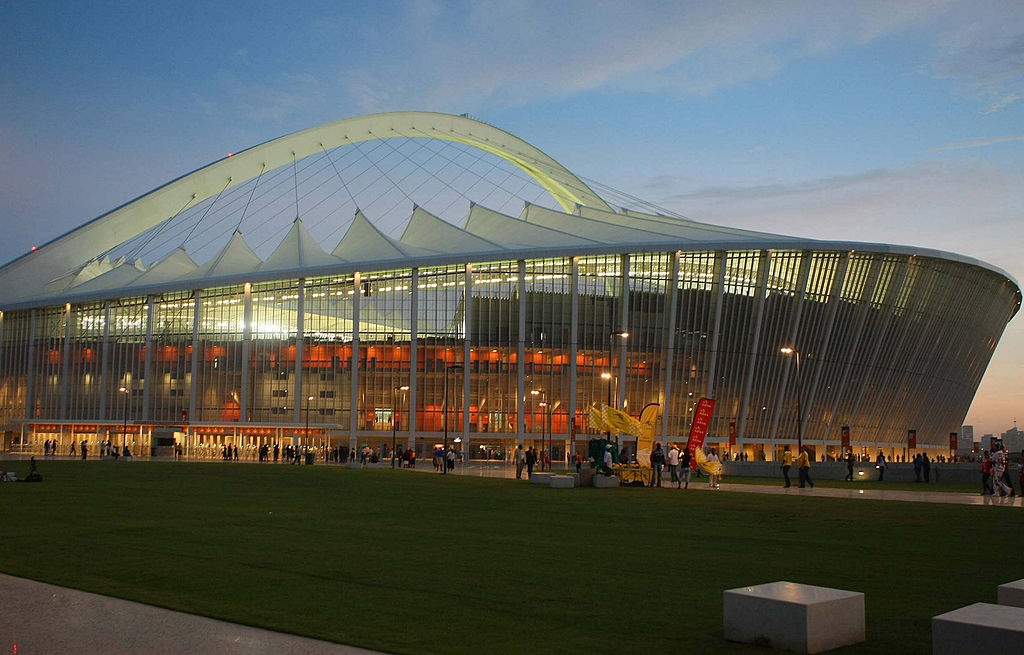 Now our stadia are regarded as among the best in the world even though resource and infrastructure challenges will continue making headlines.

A few months before the tournament, transportation and lodging were abundant. These have left an important legacy. Our cities now boast functional multipurpose transport nodes where rail and road come together.

Two of our international airports now boast new world class terminals and Durban boasts a brand new state of the art international airport. And our high-speed Gautrain - completed weeks before the tournament started - now connects the economic hub of Sandton to OR Tambo International Airport as well as the cities of Johannesburg and Pretoria.

It is a pity that soccer has its detractors who say the sport is for crybabies, cheaters, and fakers who are always trying to trick the referees into calling a penalty or giving a warning to the opposing team.

There are those who decry that across the world soccer teams are being used to spread xenophobia. Football detractors also highlight the fact that players and staff members have connections to murders and drugs, corruption, and even prostitution.

For us, 10 years after we hosted the World Cup, football remains a game; a sport that provides joy, hope, and entertainment. For some it is a way to get out of poverty.

Let us remember that hosting the 2010 FIFA World Cup could never have been the panacea for poverty, unemployment, reduction of crime and race relations.

But thanks to Africa's first World Cup tournament, football still awakens strong feelings of group, national, and international solidarity just like the first time it was held in Uruguay in 1930. Football will always bring together our Rainbow Nation in the euphoria and glory of triumph and in the agony and tears of defeat.

Thanks for the 2010 FIFA World Cup, today, more than ever before, soccer, this globalised sport, continues to be one of the most important connections between communities and nations.

- Rich Mkhondo runs The Media and Writers Firm, a content development and reputation management hub. He was the chief communications officer for the 2010 FIFA World Cup Organising Committee South Africa.

We live in a world where facts and fiction get blurred
In times of uncertainty you need journalism you can trust. For 14 free days, you can have access to a world of in-depth analyses, investigative journalism, top opinions and a range of features. Journalism strengthens democracy. Invest in the future today. Thereafter you will be billed R75 per month. You can cancel anytime and if you cancel within 14 days you won't be billed.
Subscribe to News24
Related Links
OPINION: Our everyday rights and responsibilities even during the Covid-19 era
OPINION | How should President Ramaphosa manage the lockdown whinge brigade?
OPINION: How Covid-19 has exposed the characters and communication skills of some world leaders
Next on News24
OPINION: Personal hygiene is the most important action all of us can take at this time