Lizette Lancaster | Vigilantism: A symptom of a violent underserviced society 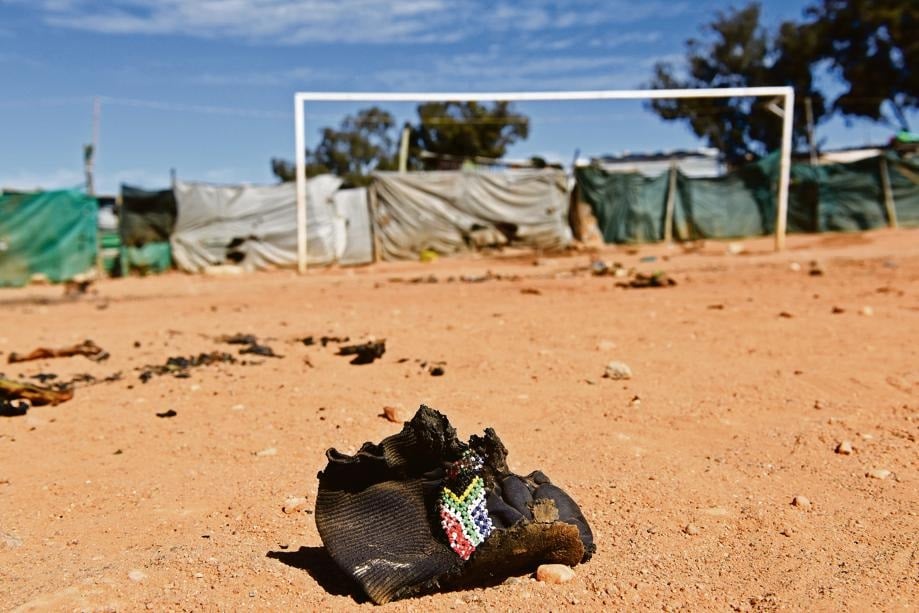 Pieces of burnt clothing belonging to the men who were beaten up and set alight on a soccer ground by a mob allegedly made up of Zandspruit residents, who accused the men of using drugs and terrorising their community. Photo: Tebogo Letsie

With little police accountability, murder and many types of robberies have been increasing over the past few years, leading to a growth in vigilantism. Lizette Lancaster analyses the dangers of this phenomenon.

The brutal beating and setting alight of nine young men in Johannesburg’s Zandspruit informal settlement, allegedly by a 200-strong crowd in mid-May, once again put the spotlight on the ongoing problem of vigilantism.

It was alleged that these young men had been involved in robberies and breaking into houses in the area. It has been reported that their murders were a brutal response from a community frustrated by crime and the lack of effective policing.

Lucky Sunday for 2 Daily Lotto players
Full list of lottery results
Lockdown For
DAYS
HRS
MINS
Voting Booth
President Ramaphosa has punted the idea of mandatory Covid-19 vaccinations for South Africans. This is:
Please select an option Oops! Something went wrong, please try again later.
The right thing to do. We desperately need more South Africans vaccinated to prevent further mutations and restore normality in our lives.
70% - 12682 votes
A risky strategy. Compulsory vaccinations may have unintended consequences and damage our rollout campaign.
30% - 5392 votes
Previous Results
Podcasts
PODCAST | The Story: The Omicron variant and what we know so far