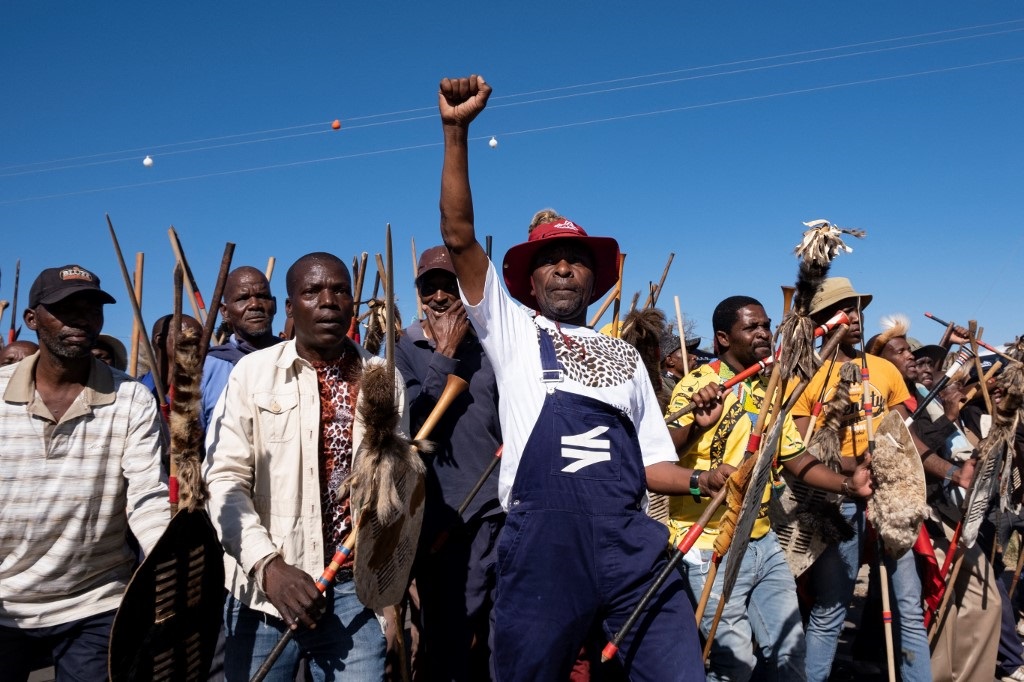 It is innocent, but ignorant lives that will be lost if soldiers or police would be sent to disperse the crowds, writes Victor Makeketa from Soshanguve in Gauteng.

I just want to raise my concern to the suggestions that the President should have sent either the police or army to the gathering in Nkandla.

This is exactly what Jacob Zuma and company want to see happening so that they may be able to blame the President for killing people. They use people as a shield for their cowardly and selfish acts.

Aside from many that would be infected with the virus and some die from Covid-19, it is not advisable for him to send the army nor the police. It's a bloodbath that Zuma, Magashule, Niehaus, Yengeni and others want knowing they won't be touched. They will be in their houses or hotels when people die. Surely the police or army will not stand and look at people throwing stones or shooting at them. They too are human, they must defend themselves. Let Zuma and company handle it.

No wise and law-abiding citizen, especially leaders like Jacob Zuma and Ace Magashule, would do what they have done. From the very first day, they should have condemned it and not looked for scapegoats for acts. It is innocent but ignorant lives that will be lost if soldiers or police would be sent to disperse the crowds.

ALSO READ: Ralph Mathekga | Even if Zuma's chances of success are slim, he will still push to delay

They have guns to shoot, that's why they say they are prepared to die. They have been shooting guns. During the address by Jacob Zuma, it was reported that some were already shooting in the air and Duduzane had to talk to them. But who is Duduzane if the father is quiet knowing it is for his safety?

If Zuma was truly a law-abiding citizen he would have avoided this right from the beginning. He has defied the courts and attacked the very Constitution that he says he honours. He is not telling the truth. A very smooth talker, he is. I see people regretting voting for him, as many did after Polokwane 2009. This time around it will be worse than post-Polokwane.

I am not defending the President. He too is not clean, he has his faults, but for someone to take a stand and say "we messed up let's make it right" - it takes guts to do it. Many people want to be seen to be innocent when they know they have skeletons under the carpets.

They slammed him for saying "we are wrong, let us change and make things right". To me, I see the whole thing as a way to discredit him so they don't vote for him for a second term.

Many want to continue in their corrupt ways even though they vowed to get rid of corruption in their conference. Maybe they did not expect to be so serious; they needed a covering of some sort. Unfortunately for them, the President took it very seriously. I won't be surprised if there is a move for a motion of no-confidence or move to impeach him.

We live in a world where facts and fiction get blurred
In times of uncertainty you need journalism you can trust. For only R75 per month, you have access to a world of in-depth analyses, investigative journalism, top opinions and a range of features. Journalism strengthens democracy. Invest in the future today.
Subscribe to News24
Next on News24
LETTER TO THE EDITOR | Zille’s analysis denies the humanity of many South Africans