LETTER TO THE EDITOR | KwaSizabantu mission: Don't shoot the messenger Reverend Peet Botha testifies before the CRL Commission as part of it's probe into allegations of abuse at KwaSizabantu Mission.
Azarrah Karrim

Peet Botha, who is an ex-member, pastor and counsellor of Mission KwaSizabantu, writes that he takes responsibility for his actions following comments that have been made about him.

There have been a number of responses concerning me in the comment sections of articles with reference to who I am and what I have said at the CRL Rights Commission hearing. Some flattering and some less flattering!

Freedom of speech is a wonderful thing, as it allows us to say what is on our hearts. I have read the responses of people and taken note of what they have said. Actually, I am thankful that people do take the opportunity to air their opinions.

In some of these comments, I have been taken to task for the fact that I have been part of Mission KwaSizabantu (KSB) and that I have been an expositor of KSB's 1966 Maphumulo Revival and enforcer of their theology, doctrines and policies. Even at the CRL Commission's hearing in Johannesburg, another attendee took me to task because of my history at being with KSB and the fact that I actively participated in the KSB activities for too many years. I do not deny this at all. It is the truth. I have lived and worked at KSB for 25 years. I am not at all pleading "Not guilty!"

I have stated in my formal submission to the CRL Rights Commission the following and I quote:

When truth is revealed on this level, it is unavoidable that one steps on toes of friend and foe. I accept therefore that there may be instances where I have been wrong and wronged people as well. This may be mentioned by respondents to the CRL Commission's invitation to testify before the Commission. I have to be accountable for doing so. I submit therefore to the Commission's judgment of such instances should it be brought to the Commission's attention. We, who were all involved with KSB to this day, should also be prepared to be scrutinised by an independent counsel, for our lives, beliefs and deeds at KSB. In this I submit myself to the findings overall and observations of the CRL Rights Commission.

Despite all said above, there is indeed something to add for those who take me to task. There is a certain condition of naivety with which I entered Mission KwaSizabantu.

One then arrives at what is termed a "second naivety". It is one's actions at this moment of life then and the track record of actions since this moment, that determines the quality of personal character and acknowledgement by others. Even more so with God, if I may say so.

My involvement with KSB has to be judged in the light of these two periods. Stepping out of a cult does not nullify guilt and pacify one's conscience automatically. Numbers 5:5-10 is procedurally very clear about that. Once God's command for spiritual cleansing is satisfied, then one can function without a guilty conscience again:

"The Lord said to Moses, 'Say to the Israelites: Any man or woman who wrongs another in any way and so is unfaithful to the Lord is guilty and must confess the sin they have committed. They must make full restitution for the wrong they have done...'"
- Numbers 5:5-7.

Therefore, I do not deny at all that I have represented KSB, applied KSB doctrine, upheld the KSB Code of Conduct and preached and taught the KSB Revival. I don't!

However, things started to change during 2016 and all came to a head during February 2018 at KSB Tulsa in the US.

Since then, I have undone myself from KSB and exposed the falseness of the cult's teachings, dogmas, beliefs and conduct. I have dug into the Bible, God's Word, to seek pure Truth. I am forever scarred by my association with the KSB cult.

It will be the proverbial "albatross" around my neck until death or the return of Christ, whichever arrives first. I cannot even hand in my CV in applying for work without being recognised as an ex-cult member.

Speaking out against KSB brings to mind the saying, "a prophet is however, not without honour, except in his hometown and among his relatives and in his own household".

That being the case, we all have to share our own experiences with the appointed investigative authorities. And then have to wait upon the completion of the Hawks' investigation, the findings of the KSB Independent Panel's report and the RCL Rights Commission report to reveal the truth or lies about KSB.

I trust all three the above institutions to report fair and true to their findings and I will accept their consensus verdict.

Will you, my dear critic, also be prepared to do so?

- Dr Peet H Botha is an ex-member, pastor and counsellor of Mission KwaSizabantu 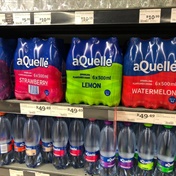