Behind the lens with News24's multimedia team News24's team of multimedia journalists is responsible for the award-winning documentaries and podcasts, live broadcasts, webinars, photos and video stories that are part and parcel of the daily news offering. They are masters of visual storytelling and in addition to their technical skills, are journalists in their own right.

Meet the team behind the News24 lens: 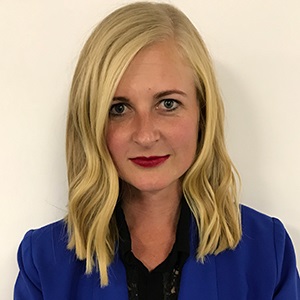 Sharlene Rood is News24's multimedia editor. She has 10 years of industry experience and oversees a team of eight extremely talented multimedia journalists. Sharlene completed her BA Languages (Journalism) degree at the University of Pretoria, and joined Beeld newspaper in 2011, writing about school sports. Her first day as a multimedia journalist coincided with the start of Oscar Pistorius' murder trial. Sharlene joined News24 in 2017 where she worked her way through the ranks. In 2014, she married her best friend Quentin. She loves coffee and in her spare time, she enjoys gaming and likes to watch Netflix and chill. Nokuthula Manyathi is the deputy multimedia editor. She specialises in conceptualising and managing the department's special projects, such as documentaries and podcasts. She studied towards an MS in journalism at Columbia University's Journalism School, where she focused on deadline writing and produced a thesis documentary on adult illiteracy in New York. Before this, she earned her undergraduate and honours degrees at the University of the Witwatersrand. She is a runner by day and a reader by night. Aljoscha Kohlstock's love for filmmaking started when he was 12 years old. He's been a video journalist at News24 since 2013. In that time, he pioneered the multimedia department's documentary content. His directorial debut, Stealing Sunflowers, was a feature on the death of a 16-year-old boy, allegedly at the hands of two white farmers. The young man's death ultimately led to violent protests in the North West town of Coligny – effectively splitting the town along racial lines. Aljoscha subsequently produced and directed four documentaries, including Angels of Death and Exodus, for News24. In his down time he loves watching movies, braaiing with friends and going on forest hikes with his son. Amy Gibbings is a multimedia journalist and joined the News24 team at the start of 2020. She previously freelanced for a number of publications in both video and print. Amy undertook a seven-month video journalism internship with Agence-France Presse at their Johannesburg bureau in 2017 after completing her honours degree in journalism through Stellenbosch University. She studied a BSc undergrad, majoring in biology and genetics at the University of Cape Town before choosing a career in journalism. Amy enjoys all things outdoors - running, surfing or rock climbing and most of all, spending time with friends and family. She also has a love for and interest in music. Multimedia producer Bertram Malgas studied photography at the Cape University of Technology, where he received a BTech in commercial photography. He joined the Media24 graduate programme in 2014, joining Foto24 as a junior photographer for Media24 newspapers. Since then he has worked in several newsrooms, including Independent Media and Eyewitness News as a multimedia producer. He enjoys telling visual stories about communities in Cape Town. When he isn't behind the camera you can find him cycling or getting ready to braai. Catherine Rice is a podcast producer. She studied English Literature at the University of Cape Town before starting her career as a reporter for CapeTalk Radio in 1999. Since then, she's worked mainly in the broadcast industry, and spent many years at etv, covering everything from political stories to high-profile court cases. She also worked for etv's documentary company, Sabido Productions, where she produced a documentary series on criminal cases that made headlines across South Africa. More recently, she has been working on a podcast series for News24 with a focus on true crime. In her free time, you'll find her listening to podcasts, walking on the mountain and spending as much time as possible with her two teenage daughters. Chanté Schatz is a multimedia journalist. She grew up in the once bustling hub of Sophiatown (way before her time) in Johannesburg. She obtained her undergraduate degree in humanities at the University of Johannesburg and later received her honours in journalism and media studies at the University of the Witwatersrand. In 2018, she joined News24's video team as an intern and later moved to Arena Holdings for a very short period before returning to News24. Chanté is passionate about telling stories through the lens, whether it be in video or photo. She hopes that the new digital age gives creatives a better platform to expand their storytelling in leaps and bounds. In her spare time, she enjoys gaming (particularly FIFA and Call of Duty), running and relaxing with a good cup of tea. Kayleen Morgan is a Johannesburg-based multimedia journalist. She obtained her honours in journalism from Wits University as well as a BA in political science and media studies. She started her career at Eyewitness News before moving to News24 in 2020. Kayleen loves covering news stories from the ground and lives for storytelling. Nomvelo Chalumbira joined News24 in Johannesburg in 2020 and while she covers predominantly breaking news, she is passionate about giving a voice to black narratives. As an adventure junkie, Nomvelo took a gap year to travel the world. Working in hostels and staying with host families, she was privileged to experience each country like a local. She has a keen interest in trying new foods (raw octopus and fried stingray are not that bad) and documenting those experiences for her digital community's entertainment. Nomvelo is a Wits philosophy graduate, who can't quite remember what Aristotle's caves are but thinks it's a good conversation starter. She enjoys a good challenge and loves spending time with family and friends, lazy afternoons in the garden and attending music festivals.

We live in a world where facts and fiction get blurred
In times of uncertainty you need journalism you can trust. For only R75 per month, you have access to a world of in-depth analyses, investigative journalism, top opinions and a range of features. Journalism strengthens democracy. Invest in the future today.
Subscribe to News24
Next on News24
Are you following Ramaphosa's testimony before Zondo? Join the conversation

Here are the winning Lotto and Lotto Plus numbers
Full list of lottery results
Lockdown For
DAYS
HRS
MINS
Voting Booth
Is social media doing more harm than good?
Please select an option Oops! Something went wrong, please try again later.
Yes, our children are exposed and we can't protect them
49% - 6222 votes
Yes, but social media is part of the new reality
45% - 5695 votes
No, it's great for growing a child's world view
5% - 663 votes
Previous Results
Podcasts
PODCAST | Too Many Enemies: Episode 1 - the assassination of billionaire Wandile Bozwana