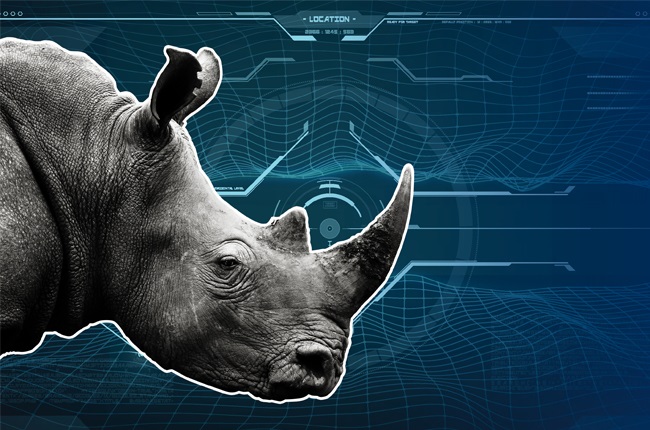 Scientists from Wits University are immersed in precision computer modelling of the rhino horn and head in preparation for the pilot phase of a revolutionary anti-poaching Rhisotope Project. This is in the wake of South Africa having lost 259 rhinos this year due to the global demand for their horns.

The Rhisotope Project, spearheaded by Professor James Larkin, Director of the Radiation and Health Physics Unit at the University of Witwatersrand aims to find a safe way to insert small quantities of radioactive material known as radioisotopes into the horns of rhinos to curb the poaching of these magnificent animals.

This innovative Project has the potential to protect endangered wildlife species and to stymie illegal trade by cutting off the barter value in products seen to be of high value in illicit markets. “Our approach has the potential to close down the demand for rhino horn and ivory, allowing us to go head-to-head with the poachers’ buyers. In this way, we can contribute to clamping down on these illegal markets,” says Larkin.

The ground-breaking Rhisotope Project has reached its first milestone which demonstrates that the radioactive material is completely safe for the rhinos. This means that the substance injected into the horn of the rhino does not travel into the animal’s body.

The second phase involves perfecting the modelling of the radiological doses and includes intensive computer modelling of the rhino horn and the head of the White Rhino to prepare for the pilot phase. Larkin explains: “We are using CT scans and 3D prints of the entire rhino head, and we are injecting radioactive material into these model horns. Detectors are then placed in various parts of the rhino models as a mechanism to measure the dosage of the radioactive material.”

Larkin adds that rhino horns need to be made detectable to ensure that the movement of rhino horns can be monitored. “Making these rhino horns more detectable provides a simple solution for the tracking of horns when they are being smuggled across borders, because 10 000 to 11 000 radiation detectors have been installed at seaports, airports and checkpoints.”

This will allow authorities to identify the poached rhino horns and it will also devalue the horn in the eye of the end user, which could ultimately deter poachers. “Once these radioactive trackers are activated, the tracking and identification of smuggled wildlife items becomes easier,” elaborates Larkin.

By having a radioactive tracker for each endangered rhino, it effectively interrupts and disrupts smuggling routes and puts poachers, buyers and end-buyers at risk. “This approach could be used to deter those who are smuggling ivory or other endangered species such as the pangolin,” he adds

Science to advance the public good

“Our ultimate goal is to find a safe, effective way to insert the radioisotopes into the rhino horn and once the science has yielded a provable technique, it will then be shared with state and rhino owners across the world, where rhino populations are at risk,”

Assistance in the form of training will be made freely available to any conservation organisation who wishes to use the technique. “This is something that we want to share for the greater good,” adds Larkin.

The Wits-lead project has entered the realm of conservation from a different angle of nuclear security. "We are doing a deep dive into the science, working with four organisations including our partners at the Colorado State University to do this computer modelling," explains Larkin.

“I don’t want it to be on my watch that incredible species such as the rhino go extinct. The use of radiation science offers us an alternative and we must take it with precision and committed testing because entire species depend on us, as people, to find solutions to stop the abuse of rhinos,” he concludes.

The Rhisotope Project team is grateful to its partners, including Wits University, who have enabled significant progress to date. In order to continue the work, further donations and support is needed. To donate to the Rhisotope Project visit https://rhisotope.org/donate/ or connect via email with Professor James Larkinor call him on +27 11 717 6931 to become a partner in the next phase of the project.

We live in a world where facts and fiction get blurred
In times of uncertainty you need journalism you can trust. For 14 free days, you can have access to a world of in-depth analyses, investigative journalism, top opinions and a range of features. Journalism strengthens democracy. Invest in the future today. Thereafter you will be billed R75 per month. You can cancel anytime and if you cancel within 14 days you won't be billed.
Subscribe to News24
Next on News24
We are the home of #TheChangeables