From the sugarcane fields to your glass: The making of rum The rum spirit is synonymous with pirates in the Caribbean islands … but knowing the journey this exotic elixir with humble roots takes to make it into your glass will make you appreciate its finer side the next time your lips meet the intoxicating liquid.

It all starts with the hardy sub-tropical and tropical sugarcane plant grown in places such as Southeast Asia, Brazil, India, Thailand, and South Africa among other regions. From a bird’s eye view, the crop looks like organised rows of long, billowy, soft green grass. At eye level, the tall, jointed but elegant fibrous stalks topped with long-sheafed leaves and feathery flowers, can reach up to 7-metres in height.

The plant can often be mistaken for bamboo, but if you grew up in the area extending to the Northern Pondoland in the Eastern Cape all the way through the coast and KwaZulu-Natal midlands to the Mpumalanga Lowveld, you’ll know all about picking a stalk or two and crushing the straw-like flesh of the sugarcane plant with your teeth to release the sweet, sticky juice.

According to the South African Sugar Association, there are about 20,000 small-scale growers, 1,000 large-scale and about 100 miller-cum-planters. Statista reports that the revenue in the rum segment amounts to $41.3m (roughly R667m) in 2022 and is expected to grow annually by 21.4% between 2022 and 2025. Not numbers to sneeze at in terms of opportunity for economic growth. 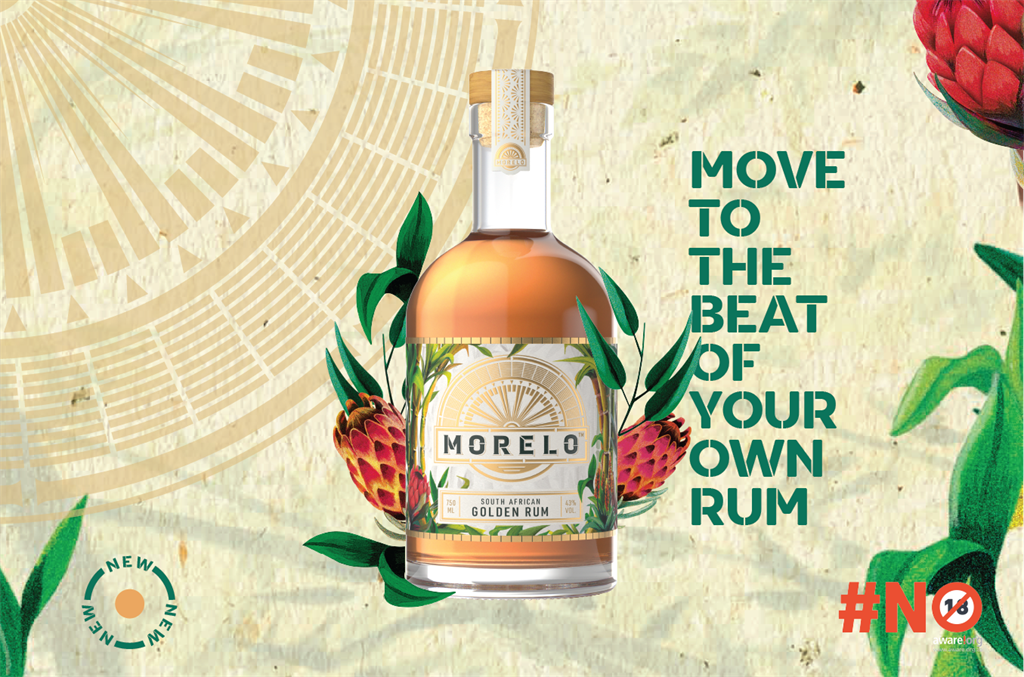 Back in the sugarcane fields, once the crop is ready for harvest, its leaves and tops are cut off and then shredded. A typical method for making modern rum, writes BlackTailNYC (a platform for everything related to cool alcoholic beverages), is to ferment sugarcane juice after extraction, create a concentrated syrup ferment it into a liquid known as wash. Alternatively, you can turn the juice into molasses and then ferment it. The liquid is then thrown into pot stills and distilled. Some rums are then flavoured or spiced and bottled for market, others distilled even further to make a lighter elixir, while others are casked, still to be aged for a few years to produce a more mature taste.

And as you can imagine, the flavour of the rum is influenced by the terroir – especially if we’re talking about craft rums – where the coastal or inland soil in which it has grown and how the sugarcane has been harvested, ground, and juiced has an impact on the final product. The same goes for the selection of the wooden barrels or casks (or even stainless steel), where that particular oak and whatever whisky or wine or sherry drenched it before, will lend its own magic to the spirit.

So the next time you order a Mojito or Piña Colada, raise your glass to the spirit’s journey, the hands that made it, and the artistry of rum making.

This article was sponsored by Diageo SA and produced by Adspace Studio.

We live in a world where facts and fiction get blurred
In times of uncertainty you need journalism you can trust. For 14 free days, you can have access to a world of in-depth analyses, investigative journalism, top opinions and a range of features. Journalism strengthens democracy. Invest in the future today. Thereafter you will be billed R75 per month. You can cancel anytime and if you cancel within 14 days you won't be billed.
Subscribe to News24
Next on News24
We are the home of #TheChangeables