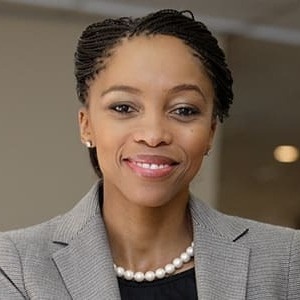 Naspers CEO in South Africa Phuthi Mahanyele-Dabengwa told shareholders at the internet solutions giant’s annual general meeting in Cape Town on Friday that the company had great interest in finding and investing in local internet-based ventures.

At the annual general meeting, shareholders elected to approve a transaction which would see the behemoth list new entity Prosus on Euronext Amsterdam. The company has acquired many businesses in the classified and e-commerce sectors globally.

Naspers is expected to own at least 73% of Prosus, with free float of up to 27%, created by Naspers through a capitalisation issue of Prosus shares to Naspers shareholders.

Mahanyele-Dabengwa - as SA head - said SweepSouth was one example of many great business solutions in which Naspers saw great potential. SweepSouth is a service which allows users to find reliable home cleaners, using mobile tech.

"There is little capital for local internet-based businesses. SweepSouth interested us because this is an industry that involves the most deprived sector of South Africa. It is a system allowing access to domestic workers. I am a user myself, I have seen how it works," said Mahanyele-Dabengwa.

At the time of first announcing the Prosus transaction, Naspers described the new global consumer internet group as "Europe’s largest listed consumer Internet company by asset value" and said it would "give global Internet investors direct access to Naspers’s attractive and unique portfolio of international internet assets". On Friday, Naspers chair Koos Bekker told shareholders the transaction would add value to their holding.

"Governments are looking to regulate the internet more. On one hand it is a nuisance, but it is also a responsibility. The listing on the Amsterdam exchange…is expected to become value added to you as shareholders," said Bekker.

Naspers CEO Bob van Dijk said Naspers had billions invested into various existing local businesses and that through Naspers Foundry, the company had a R1.4bn fund solely for investing in local internet ventures.

"There is great talent in SA coming up with great ideas, needing capital to bring them into reality. The pool of investable ideas has grown exponentially over the past six years in spaces such as entry-level commerce and offering cheap connection to the internet. It’s a huge market and we are excited about investing in it," Van Dijk said.

Asked by a shareholder why Naspers chose to list in Amsterdam, group CFO Basil Sgourdos said after an extensive review of where to list, from New York to London and Hong Kong, the final decision was ultimately informed by simplicity.

"We are a big group with a lot of assets. The Euronext model is simple and allows us to look at the business as we always have.

"The European internet market has been looking for a continental internet champion. We are currently three times larger than the largest current European internet business. Those are the key considerations that brought us to concluding on Euronext," said Sgourdos.

We live in a world where facts and fiction get blurred
In times of uncertainty you need journalism you can trust. For 14 free days, you can have access to a world of in-depth analyses, investigative journalism, top opinions and a range of features. Journalism strengthens democracy. Invest in the future today. Thereafter you will be billed R75 per month. You can cancel anytime and if you cancel within 14 days you won't be billed.
Subscribe to News24
Next on News24
WhereIsMyTransport: Improving the public transport experience at Transport for Cape Town

Here are the results for the Daily Lotto draw
Full list of lottery results
Voting Booth
As a parent, what do you struggle to find money for?
Please select an option Oops! Something went wrong, please try again later.
Nappies, they cost too much
6% - 191 votes
Formula and food, it's getting so expensive
17% - 534 votes
Creche and school fees are a struggle every month
76% - 2331 votes
Previous Results
Podcasts
PODCAST | The Story: What is behind Khayelitsha's recent mass shootings?