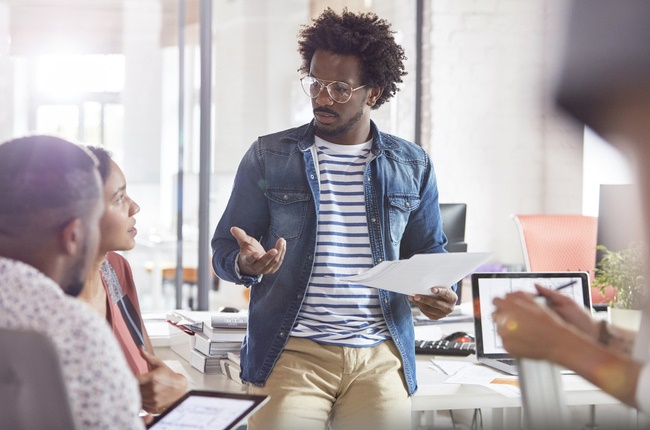 This is how Naspers builds SA tech companies for the future.

Global consumer internet group, Naspers has a strong track record of investing and building leading companies across the globe that empower people and address societal needs through its tech platforms. The JSE-listed group is set to become a driving force in growing local tech businesses whilst helping to drive South Africa’s economic renewal.

“Technology is changing the way we live, work, travel, communicate, and conduct business. It has improved access to services and products, the speed at which they can be delivered and have increased convenience,” says South Africa CEO, Phuthi Mahanyele-Dabengwa. “As Naspers, we partner with local tech founders and entrepreneurs to build businesses that need the investment and support to scale and grow their businesses. At the same time these tech businesses are creating jobs, addressing local needs with their innovative platforms, while at the same time contributing to the economy.”

The company has invested in, or has built some of the country’s most successful tech businesses. As one of the top ten global consumer internet companies in the world, Naspers is the majority shareholder of Europe’s largest consumer internet group, Prosus. The Naspers group has a 100 year tenure in South Africa, and its in-country businesses encompasses Takealot, Media24, Superbalist, Mr D Food, Property24, Autotrader, Frontier Car Group and OLX .

“We want to help build not only our existing internet and e-commerce companies in South Africa, but also to stimulate the local tech eco-system,” says Mahanyele-Dabengwa.

Mahenyele-Dabengwa says that Naspers sees attractive opportunities in South Africa to develop the kind of online platforms that the group created elsewhere in the world as part of the group’s business segments in online classifieds, food delivery, and payments and fintech. She says that the consumer internet group also backs earlier stage investments in new industries disrupted by tech – for example in education, online travel and health.

Through Naspers Foundry, the company has committed R1.4 billion over the next three years to invest in technology businesses in South Africa that address societal needs. This is in addition to the commitment Naspers made in October 2018 at the inaugural South African Investment Conference to inject a further R3.2bn into its existing South African businesses over three years.

Earlier this year, Naspers Foundry announced its first investment of R30 million in online cleaning services platform SweepSouth, which connects clients with a network of home cleaners, connecting more than 15,000 mostly women with decent work opportunities. Naspers Foundry will be announcing more investments in local tech businesses over the next few months.

This post is sponsored, paid for and supplied by Naspers.

We live in a world where facts and fiction get blurred
In times of uncertainty you need journalism you can trust. For only R75 per month, you have access to a world of in-depth analyses, investigative journalism, top opinions and a range of features. Journalism strengthens democracy. Invest in the future today.
Subscribe to News24
Next on News24
Building the food supply chains of the future

1 person bags the jackpot in the Daily Lotto
Full list of lottery results
Lockdown For
DAYS
HRS
MINS
Voting Booth
As South Africa faces down the third Covid-19 wave, how are you keeping your family safe ?
Please select an option Oops! Something went wrong, please try again later.
Staying at home, isolating and being careful
4% - 1457 votes
Sanitising and wearing masks when we go out
14% - 5687 votes
Going on as usual, we're not afraid of the virus
83% - 33929 votes
Previous Results
Podcasts
PODCAST | Too Many Enemies: Episode 1 - the assassination of billionaire Wandile Bozwana