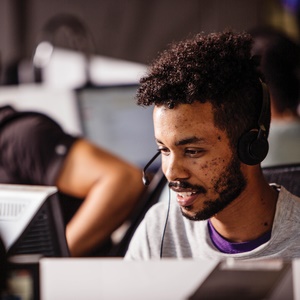 Naspers [JSE:NPN] has said it will spend about R4.6bn on new and existing technology companies in South Africa, a sign of support from the media and internet giant as the country seeks to woo fresh investment.

Africa’s biggest company by market value will put R1.4bn toward local start ups, with the balance going to Naspers units including online retailer Takealot and delivery service Mr D Food. Cash for new businesses will come from an initiative called Naspers Foundry, the Cape Town-based firm said in an emailed statement on Friday.

The announcement comes during South Africa’s first investment summit, which started in Johannesburg on Thursday. President Cyril Ramaphosa is seeking to attract about R1trn into the economy, which hasn’t expanded at more than 2% annually since 2013.

In his budget speech this week, Finance Minister Tito Mboweni said government debt would peak later and at higher levels than previously forecast, while state revenue was lower than expected. The rand plunged.

Naspers began as a local newspaper company just over a century ago, and has grown into a global owner of internet and technology companies with operations in more than 120 countries. It’s most successful investment was a 2001 backing of Chinese startup Tencent, now the Asian country’s largest company with a market value of HK$2.5trn.

We live in a world where facts and fiction get blurred
In times of uncertainty you need journalism you can trust. For 14 free days, you can have access to a world of in-depth analyses, investigative journalism, top opinions and a range of features. Journalism strengthens democracy. Invest in the future today. Thereafter you will be billed R75 per month. You can cancel anytime and if you cancel within 14 days you won't be billed.
Subscribe to News24
Next on News24
WhereIsMyTransport: Improving the public transport experience at Transport for Cape Town

Here are the Daily Lotto numbers
Full list of lottery results
Voting Booth
Have you and your family been counted in Census 2022?
Please select an option Oops! Something went wrong, please try again later.
Yes
48% - 1270 votes
No
52% - 1397 votes
Previous Results
Podcasts
PODCAST | The Story: How one incident at Stellenbosch University sheds light on deeper issues