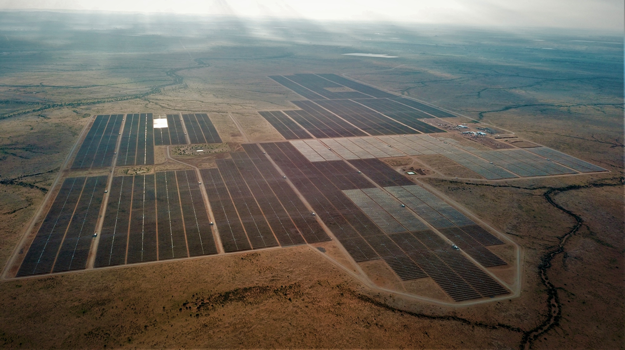 Scatec Solar, one of Africa’s largest independent power producers, and its partners have grid connected and started commercial operation of their third 86 MW solar plant in Upington, Northern Cape - completing a 258 MW solar power complex. The 86 MW facility, known as Dyason’s Klip 2, is expected to produce 217 GWh annually. Scatec Solar was awarded preferred bidder status for the Upington project in the fourth bidding round under the Renewable Energy Independent Power Producer Procurement (REIPPP) Programme in 2015 – and was the first solar project to come online under this window, with the commissioning of a plant called Sirius in February of this year.

Scatec Solar has a proven track record in South Africa and was the first solar power producer to connect to the grid back in March 2014 with Kalkbult, also in the Northern Cape. The company has shown that even during difficult times, they are ready to deliver on their current targets, as well as any future bid windows in the country. "We are proud to have achieved this major milestone. Power supply is considered critical infrastructure, and we are pleased to be supporting South African power supply with renewable energy to another 40,000 households annually," says Raymond Carlsen, CEO of Scatec Solar.

The Upington solar power complex is estimated to deliver an annual production of 650 GWh, providing clean energy to around 120,000 households and lead to the abatement of more than 600,000 tonnes of CO2 emissions annually.

"South Africa is a unique nation, with unique challenges. Our company prides itself on working through partnerships to achieve the mutually beneficial outcomes. We will continue to work together, both with our host communities and government to ensure delivery of what we do best – which is provide clean, and affordable energy. South Africa’s renewable energy sector must be given the freedom to flourish in a transparent and free market alongside the urgent and long-term needs of South Africa’s energy sector" – Jan Fourie, South Africa’s Country Manager and VP of Project Development in Sub-Saharan Africa.

You will continue to see Scatec Solar grow, not only in the utility scale space, but also with their containerised solution, Release, which offers a rapidly deployable and flexible contract agreement. Scatec Solar is an integrated independent solar power producer, delivering affordable, rapidly deployable and sustainable clean energy worldwide. A long-term player, Scatec Solar develops, builds, owns, operates and maintains solar power plants and has an installation track record of more than 1.3GW. The company has a total of 1.9GW in operation and under construction on four continents.

With an established global presence and a significant project pipeline, the company is targeting a capacity of 4.5GW in operation and under construction by end of 2021. Scatec Solar is headquartered in Oslo, Norway and listed on the Oslo Stock Exchange under the ticker symbol SSO. To learn more, visit www.scatecsolar.com

We live in a world where facts and fiction get blurred
In times of uncertainty you need journalism you can trust. For only R75 per month, you have access to a world of in-depth analyses, investigative journalism, top opinions and a range of features. Journalism strengthens democracy. Invest in the future today.
Subscribe to News24
Related Links
SA’s newest solar power station is now online and powering 40 000 homes – see how it came to life
Next on News24
CBC Beer Brings the Pub to the People!