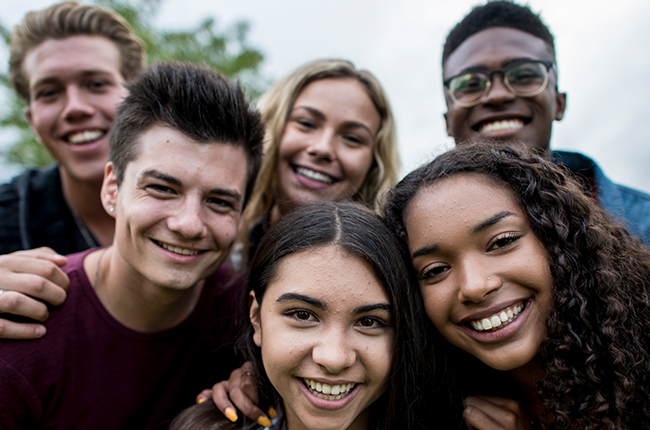 Tiger Brands’ Plates4Days initiative allows students to focus their energy on what is really important – their studies and graduating. (Image: Supplied)

South Africa was neither food secure at a household nor at a national level before the Covid-19 pandemic, despite its food production surplus. The General Household Survey by Statistics South Africa reveals that 6.8 million people experienced hunger and 10.4 million people had inadequate access to food in 2017. This has been exacerbated exponentially in the last year, as we’ve seen our economy shrink by 7% year-on-year and unemployment rise to 32.5%.

The economic recession has only intensified the challenge of food security, accessibility and availability across the country, and indeed the world. The United Nations’ World Food Programme (WFP) reported that “an additional 130 million people could face acute food insecurity by the end of 2020, on top of the 135 million people who were already acutely food insecure before the crisis, because of income and remittance losses”.

As South Africa’s largest food manufacturer, at Tiger Brands we see it as our moral responsibility, as a good corporate citizen, to help ensure that every hungry South African has access to nutritious food. We recognise that food security is the first step towards meeting our other national challenges. This is why we stand alongside citizens, government, other CSI initiatives and various food redistribution NGOs to help feed vulnerable South Africans – because it is everybody’s responsibility.

We acknowledge various government support projects and grant programmes that put much-needed money and food into the hands of those who need to feed their families. Of our 14.2 million South African learners, some nine million are fed by the National School Nutrition Programme each school day – at least that was the case before the pandemic.

Tiger Brands feeds some 30 000 people daily, while the Tiger Brands Foundation provides close to 80 000 school children a nutritious breakfast every day. However, the challenge is bigger at tertiary institutions. Our research found that close to a third of South African university students struggle with food insecurity. While Plates4Days, our university nutrition programme, normally only operates when universities are in session, we continued to supply food hampers to some 4 500 students at five universities across eight campuses during hard lockdown.

The Tiger Brands’ Plates4Days initiative allows students to focus their energy on what is really important – their studies and graduating so that they can earn a living – and not where their next meal is coming from. Research has found that when students are well fed this leads to better concentration  as well as Improved academic results which allows them to put their best foot forward. This can have a positive knock-on effect up to 40 years down the line. And while the programme has grown considerably over the last 13 years, we have set our sights on expanding it further, considering the long-term economic effects that the pandemic is bound to have.

During this time our attention also needs to focus on food waste and loss. Imagine the collective impact we could have if consumers, farmers, food manufacturers and retailers – everyone between farm and fork – collaborated to consciously reduce food wastage. The average South African consumer throws away between 6-11kg of food each year, according to the United Nations’ Food and Agriculture Organisation (FAO). Imagine if that food could feed our hungry?

It’s much easier than most of us think and involves simple changes, such as shopping with a meal plan in mind so as not to buy more fresh produce than is needed, and repurposing foods that will soon go off into soups and smoothies or chopping and freezing them for later. Another is being aware of the difference between ‘best before’ and ‘sell by’ dates – the latter is still fit for consumption after a number of days as it is a guideline for retailers, not consumers, and differs from the ‘best before’ date.

Tiger Brands’ partnership with Food Forward SA, a food collection NGO, reduces waste by collecting food that is nearing its ‘sell by’ date and redistributing it or repurposing it into non-perishable foods for those in need.

All these solutions require equal effort and cooperation from various players across the public and private sectors, as well as from consumers, so that South Africans are adequately fed and not merely satiated.

We live in a world where facts and fiction get blurred
In times of uncertainty you need journalism you can trust. For only R75 per month, you have access to a world of in-depth analyses, investigative journalism, top opinions and a range of features. Journalism strengthens democracy. Invest in the future today.
Subscribe to News24
Next on News24
Six benefits to getting a fitness tracker as a working parent