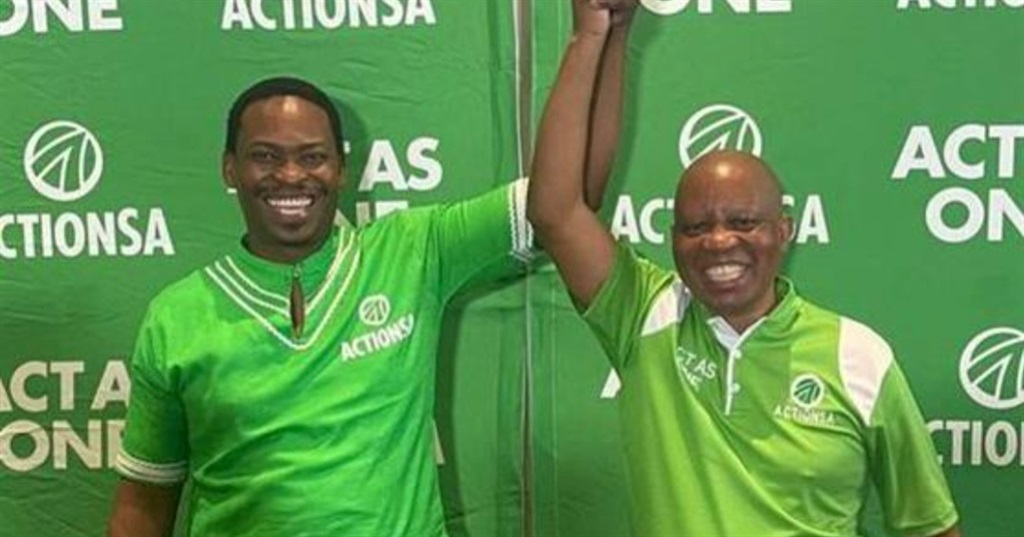 ActionSA Gauteng leader Bongani Baloyi says the coalition that governed Johannesburg no longer exists, with the stability of Ekurhuleni likely to follow soon.

Baloyi was setting the record straight on ActionSA's role in the collapse of the Johannesburg multiparty government.

The DA has blamed ActionSA for the loss of Johannesburg, a position the party's leaders have vehemently denied.

Mpho Phalatse was removed as the city's mayor on Friday following the swift election of Cope's Colleen Makhubele as the new speaker.

The ANC is back in government in Joburg, and the reality of this has sent political parties on a blaming spree.

ActionSA had been part of political parties which included the IFP and Patriotic Alliance (PA), that had recommended that the coalition agreement be amended to allow an IFP candidate to be supported for the speaker position.

The DA shot down the proposal and insisted that their candidate would be best suited for the role.

The result was the loss of the PA, who sided with the ANC and other opposition political parties for Makhubele's election and that of Dada Morero as mayor.

Baloyi said the DA was determined to rewrite the narrative by absolving itself of blame, especially its unwillingness to compromise on positions.

There is no longer a coalition in the city of Joburg. We are all individual parties. We note the process the DA has started, and they have not directly engaged us. We are going to be a formidable opposition, and we are going to do our part. The DA logic cannot hold water. You cannot hold people against an amendment already in the agreement, and when they do, you say they are violating the agreement. It's laughable that they say we are going against the agreement.

Baloyi said the DA acted as if it had won an election outright with its arrogance and unconcern about stabilising the future of the coalition.

"We are not there to help the DA govern. No one won. We need to make sure the coalition is stable," Baloyi said.

He said the city of concern for ActionSA was Ekurhuleni, where the DA leads a minority coalition.

The ANC and EFF have enough numbers to form a new government in Ekurhuleni if the two decided to make similar moves in Joburg, Baloyi said.

"In Ekurhuleni we must confront reality, we have prepared our structures so that they must not be surprised when that happens," Baloyi said.

We live in a world where facts and fiction get blurred
In times of uncertainty you need journalism you can trust. For 14 free days, you can have access to a world of in-depth analyses, investigative journalism, top opinions and a range of features. Journalism strengthens democracy. Invest in the future today. Thereafter you will be billed R75 per month. You can cancel anytime and if you cancel within 14 days you won't be billed.
Subscribe to News24
Next on News24
New ANC MPs give Ramaphosa greenlight to reshuffle Cabinet before SONA 2023