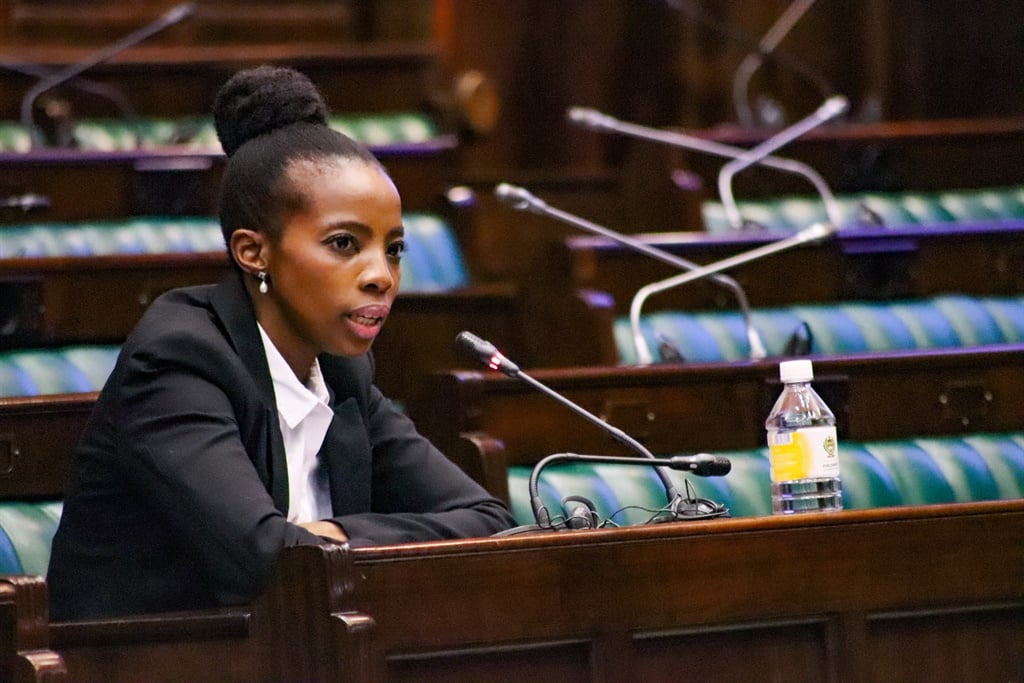 A staunch supporter of suspended Public Protector Busisiwe Mkhwebane, the ATM, launched an attack on Acting Public Protector Kholeka Gcaleka after she closed the office's money taps for Mkhwebane's three-pronged court bid to scupper Parliament's impeachment proceedings against her.

Its attacks are, however, not backed up by the court record and relevant legislation.

Mkhwebane applied to the Constitutional Court to rescind its order which effectively gave the green light for the impeachment proceedings to proceed. After the apex court decided not to hear the application, she asked it to rescind this decision.

Last month, on the day after President Cyril Ramaphosa suspended her, the Western Cape High Court dismissed Mkhwebane's application to interdict Ramaphosa from suspending her, and for Parliament to continue with the impeachment.

This application was pending Part B to her application, in which she asks the court to declare unconstitutional and invalid the letter National Assembly Speaker Nosiviwe Mapisa-Nqakula sent to Ramaphosa to inform him the impeachment process was underway, as well as Ramaphosa's steps to suspend her and the section 194 process.

She has since approached the court to ask it to hear this application on an urgent basis, and amended the application to ask the court to declare her suspension unconstitutional, irrational and invalid.

On Monday, Mkhwebane also filed a notice of motion to seek leave to appeal the interdict ruling.

On Wednesday, Gcaleka wrote to all the respondents in the matter, including Parliament, Ramaphosa and the DA, as well as Mkhwebane, to inform them of her decision to withdraw the application for leave to appeal and the amended application to the Western Cape High Court.

The following day, the Office of the Public Protector issued a statement to clarify these matters.

"The leadership of the Public Protector South Africa [PPSA] has, in the best interests of the institution and the public it serves, taken a decision to withdraw the institution's participation in all pending litigation instituted by advocate Busisiwe Mkhwebane in the name of the institution," read the statement.

The PPSA will not fund Mkhwebane's appeal against the interdict application, the rescission application pending before the Constitutional Court and Part B of the application to the Western Cape High Court. Furthermore, it will also not fund a defamation of character lawsuit, which is a private matter Mkhwebane brought against the DA.

The office will fund Mkhwebane's challenge to her suspension, her defence during the impeachment proceedings and the perjury criminal case against her.

The decision to withdraw the court matters to halt the impeachment proceedings - which has been dubbed a Stalingrad defence - drew the ire of the ATM, which claims Gcaleka "plunged the institution into another crisis of illegality".

"The purported and celebrated 'withdrawal' by 'Public Protector South Africa' or 'PPSA' from the present application is legal nonsense because 'PPSA' was never a party to these proceedings," its statement read.

"There is no such thing as PPSA in the Constitution or even in the Public Protector Act. Advocate Mkhwebane never purported to be the PPSA. On that alone, the registrar of the court should reject Gcaleka's letter [sic]. The court record would suggest otherwise.

In the judgment handed down on 10 June to dismiss Mkhwebane's interdict applications, the applicant is listed as "The Public Protector of SA".

Paragraph 77 of the judgment further states:

Section 5 states: "The office of the Public Protector shall be a juristic person."

Parliament's impeachment hearings against Mkhwebane is set to commence on Monday.

We live in a world where facts and fiction get blurred
In times of uncertainty you need journalism you can trust. For 14 free days, you can have access to a world of in-depth analyses, investigative journalism, top opinions and a range of features. Journalism strengthens democracy. Invest in the future today. Thereafter you will be billed R75 per month. You can cancel anytime and if you cancel within 14 days you won't be billed.
Subscribe to News24
Next on News24
Parliament's tourism committee to question Tottenham deal