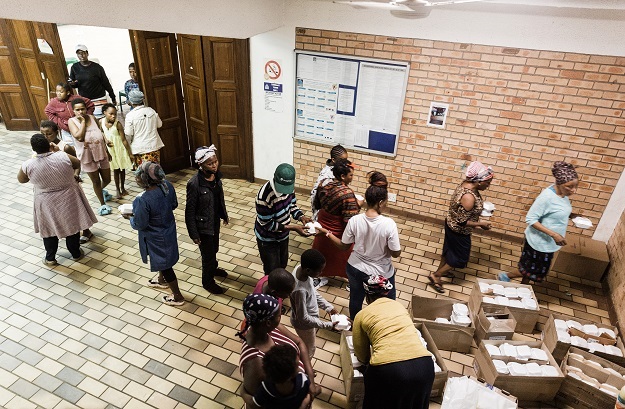 As hundreds of KwaZulu-Natal flood victims languish in community halls, the government has so far built 108 temporary residential units for more than 6 000 people left destitute by deadly floods.

The plan "in the immediate future" is to construct approximately 1 810 units.

Powell wanted details on the remedial assistance to be provided to beneficiaries of the Breaking New Ground houses that were destroyed during the KwaZulu-Natal floods and on and by when the assistance would be provided.

Kubayi said the KwaZulu-Natal Department of Human Settlements was responsible for the planning and implementation of housing and human settlements programmes in the province.

This included the Human Settlements Emergency Housing Programme, she added.

"The province has advised that they have commenced with the construction of temporary residential units [TRUs] for households whose homes have been damaged or destroyed by the floods which occurred during the course of April 2022. An example of the temporary residential units (TRU) that the government supplies.
News24 Alex Mitchley/News24

"The households are currently being accommodated and housed with neighbours and/or in halls and/or churches and/or tents.

Following the floods, 6 278 people were left homeless and more than 400 died in the devastation.

Shortly after the floods, President Cyril Ramaphosa announced a national state of disaster had been declared, and R1 billion would be made available for relief measures. Displaced people from an informal settlement of Thuthukani, near Tongaat, after floods.
AFP AFP

Kubayi said the target was to complete all the temporary residential areas within three months (May to July 2022).

"However, it should be noted that the set timeframes will depend on a number of operational and technical variables, which include obtaining suitable land for displaced families, the necessary planning and environmental approvals, availability of materials to construct the temporary residential units [TRUs] and so on.

Kubayi added 199 serviced sites located within eThekwini Metro had been identified, and a verification process and site visits have been completed.

"A total of 65 sites have been identified as developable and will be suitable for development as a permanent solution. The 65 sites vary in size, ranging from 300sqm to 2 800sqm. Therefore, more than one unit can be constructed. The department also identified various land parcels to provide permanent accommodation," she said.

We live in a world where facts and fiction get blurred
In times of uncertainty you need journalism you can trust. For 14 free days, you can have access to a world of in-depth analyses, investigative journalism, top opinions and a range of features. Journalism strengthens democracy. Invest in the future today. Thereafter you will be billed R75 per month. You can cancel anytime and if you cancel within 14 days you won't be billed.
Subscribe to News24
Next on News24
DEVELOPING | Phala Phala fallout: Ramaphosa pulls out of Q&A in Parliament, Mabuza cancels public event